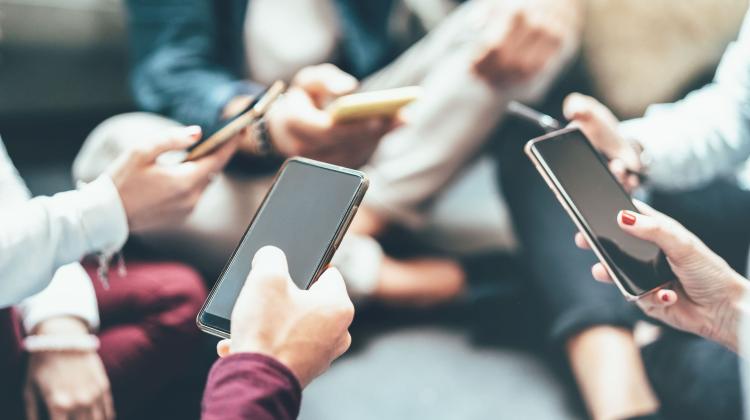 Since 2014, every two years NASK - National Research Institute has been conducting the nationwide study Teens 3.0.

Lange said: “Last Thursday, we announced the latest study carried out during the lockdown caused by the COVID-19 pandemic.

“We recorded a few interesting changes compared to 2018. The first of them is the amount of time teenagers use the Internet in their free time, which has been increasing consistently since the first edition of our study. Currently, it is on average 4 hours 50 minutes, about 40 minutes more than in 2018. We expected remote education that forced students to spend more time in front of the screen to discourage them a bit. Surprisingly, we observed that despite remote learning, they would still spend 4-5 extra hours of personal time online.

“This confirms our hypothesis from two years ago that screen time is a permanent element of teenage life. (...) For today's teenagers, the Internet is simply a social space. They need it and try to stay there as much as possible, the more so that this is easily accessible and attractive for them.”

Compared to the previous edition of the study, the so-called Internet initiation age (the moment when the child starts using the internet unassisted) only slightly changed. Currently, for primary schools, the average age is 6 years, two years ago it was 6 years and 8 months.

Lange continued: “We also observed positive phenomena, although it is not entirely clear whether they were more influenced by the lockdown or by digital education of parents and teenagers. Firstly, the declared viewership of trash streams dropped by half in relation to 2018. (...) The second very interesting change is that the frequency of teens meeting in real life with adults met online decreased significantly, also almost by half. This is a positive phenomenon.

“Until now, children associated the Internet mainly with entertainment, social life. Now, due to remote learning, they discovered its functionality and the fact that you can effectively learn online. This is an important positive change.”

Internet use on mobile devices is not dictated solely by utilitarian considerations. Smartphones offer free Internet access not only at home or school, but practically anywhere. Most users of new technologies use the Internet moderately, but there are many who very intensively stare at the screens of their devices. The phenomenon of spending too much time in a virtual world and strong commitment to online activity is so common that the literature describes such concepts as 'addiction to the Internet', 'webaholism', 'Internet abuse', 'FOMO' (Fear of Missing Out) and 'PUI' (Problematic Usage of the Internet).

“Academics are still discussing whether the Internet, smartphone dependence, can be called an addiction. That's why the concepts that soften this phenomenon are used, for example the problematic usage of the Internet (PUI). We did the first test on this issue two years ago, in 2018, and now, in 2020, we repeated it. Not much has changed with regard to the high degree of PUI: two years ago it was 2.2 percent teenagers, this year - 3.2 percent. It's an approx. 50 percent increase, but on a global scale, for the whole population, it is 1 percentage point. That is not much.”

But, the research also found that the somatic effects of Internet overuse are relatively often observed in the studied population. This phenomenon is (statistically) associated the most not so much with the way of using, but with the amount of time spent in front of a screen, which is why - according to the NASK report - it is necessary to encourage parents and carers to think about their current parental strategy and control of the child's access to the Internet.

The authors of the study determined that girls attending a secondary school are the category of teenagers that is relatively most burdened with problematic usage of the Internet.

Lange added: ”I hypothesise that social media play a large part here, as their algorithms are built to keep teenagers in front of the screen as long as possible. They more often attract girls than boys, because this is the nature of this type of communication; girls more often use the Internet to communicate with peers, for social life, and boys more often treat it as a platform for entertainment: watching movies and playing games.”

The Teens 3.0 study was carried out in December 2020 by the CAWI (Computer Assisted Web Interview) method on populations of teenagers, their parents and legal guardians. The respondents were selected by means of a two-stage team selection (school/class), based on the statistical data from Statistics Poland and the Ministry of Education and Science. Complete answers were obtained from 1733 students (7th year of primary school and 2nd year of secondary school) and 893 parents and legal guardians from 61 schools in all 16 Polish provinces. (PAP)