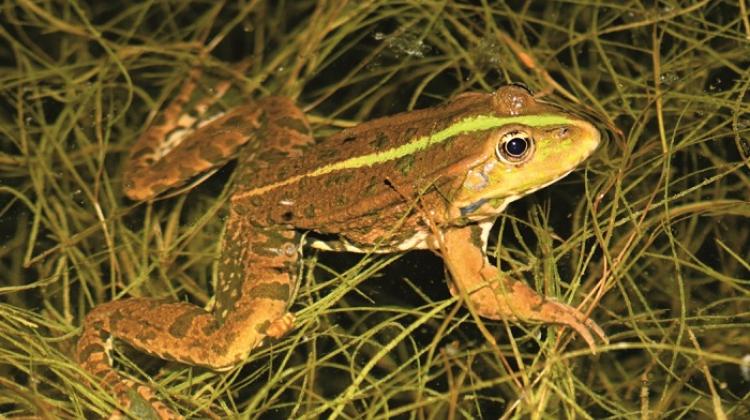 Researchers have examined over 1,000 amphibians from across Poland to see if they are under attack from killer pathogens.

The investigation comes after it was found that amphibian populations around the world are being decimated by microscopic fungi of the genus Batrachochytrium, such as B. dendrobatidis (Bd) and B. salamandrivorans (Bsal), as well as viruses of the genus Ranavirus (Rv).

Scientists say that although Bsal, a dangerous fungus that wreaks havoc among Western Europe’s fire salamander populations has not been detected in Poland so far, the Bd fungus was found at 40 percent of zoos, in over 14 percent of amphibians from natural populations, and in two captive populations.

The researchers said: “These alarming statistics are in the upper frequency limits recorded in other countries of Central Europe, for example, they are more than double the prevalence of Bd in Germany or Hungary.

“Amphibians are one of the most threatened vertebrate groups in the world.

“There is an urgent need to get to determine the distribution and prevalence of these pathogens to understand and reduce losses they cause to amphibian biodiversity.”

Accounting for 75 percent of all infections, this suggests the large role of these two species as pathogens reservoirs in central European freshwater habitats.

Rv viruses were found in a smaller number of sites (12 percent) and the infections concerned amphibians from distant places (for example, the Baltic coast and the area near Zakopane), indicating that it is a common pathogen.

The researchers said the results may be underestimated because only one or a few samples have been collected in some locations.

Research coordinator Dr. Maciej Pabijan from the Jagiellonian University said: “The ubiquity of Bd and - to a lesser extent - Rv suggests that the decline of amphibian populations in the region may result not only from adverse changes in habitats, but it can also be associated with expired or still ongoing, but undetected, epidemics.”

The researchers also linked Bd distribution to a lower average annual temperature and landscape rich in water reservoirs with a large share of urbanized area.

According to the International Union for Conservation of Nature (IUCN), 41 percent species of amphibians worldwide are threatened with extinction (https://www.iucnredlist.org/resources/summary-statistics#ummary%20tables). 18 species of amphibians live in Poland, all of them are under protection.

The results of the Polish research appeared in the journal Diseases of Aquatic Organisms (https://doi.org/10.3354/dao03631).