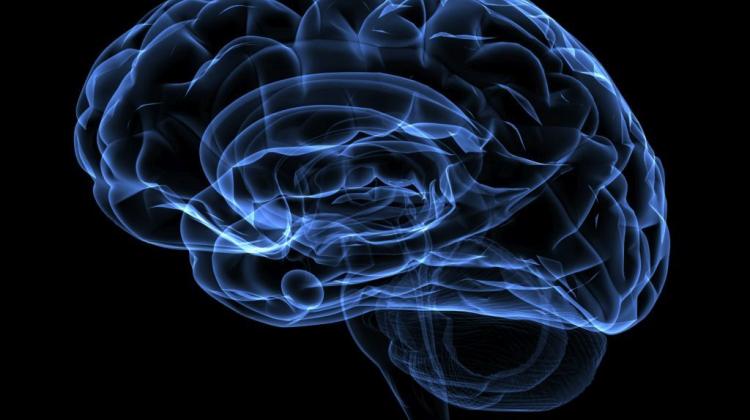 Recognizing the frontal alpha asymmetry as a measure of depressive disorders is not sufficiently justified, shows research conducted by scientists from the SWPS University. To better understand how the brain functions in depression, the researchers assessed the reliability of the most popular electrophysiological indicator of depression - the frontal alpha asymmetry.

The researchers conducted 270 analyses in 5 independent studies. According to their conclusions, frontal alpha asymmetry (FAA) should not be considered a reliable indicator in research on the nature of depression.

These analyses were a response to the popular assumption that such disorders manifest in an altered symmetry of brain waves in the frontal cortex. This disrupted symmetry was commonly measured with the frontal alpha asymmetry index calculated by comparing the EEG signal from the electrodes placed above the left and right frontal areas.

Although many previous studies have shown that patients with depression have increased frontal alpha asymmetry, researchers from the SWPS University note that the methodology used in many of these studies does not conform to the current recommendations. Using more advanced analysis methods, they show that considering FAA a significant biomarker of depression appears too hasty.

Dr. Aleksandra Kołodziej from SWPS University said: “One of the most common approaches to depressive disorders is to describe them in the context of altered asymmetry of the frontal cortex. The FAA index used for this consists in calculating the disproportion in EEG alpha oscillations power between right and left frontal channels. This index has not been used in clinical practice, and more and more opinions appear in the recent literature suggesting that the relationship between FAA and depression is not as strong as once assumed."

The paper 'No relationship between frontal alpha asymmetry and depressive disorders in a multiverse analysis of five studies' was prepared by a team of psychologists: Dr. Aleksandra Kołodziej, Dr. Mikołaj Magnuski, Anastasia Ruban from the SWPS University and Professor Aneta Brzezicka, also affiliated with Cedars-Sinai Medical Center Department of Neurosurgery in the United States.

The researchers chose a multi-path approach consisting of carrying out a large number of different analyses and checking how many of them would confirm the studied phenomenon. They used five independent EEG datasets with a total of 388 participants and carried out 270 analyses. Almost all their analyses show that there is no significant relationship between FAA and depression.

The researchers note that the relationship between alpha asymmetry and depression may be stronger when the neural source of the EEG signal is estimated rather than relying solely on electrode-level data. In their opinion, future research should use more advanced methods of inference about the actual brain signal, which is responsible for the EEG recorded activity.

The authors of the study admit that their results are part of the more general problem of replication crisis in psychology and neuroscience. The source of this crisis is the observation that results obtained by one group of scientists often cannot be reproduced by other teams in an independent experiment. It is estimated that at least half of the published results of various studies are not replicable.

Read the full version of the article presenting the research results on eLife: https://elifesciences.org/articles/60595