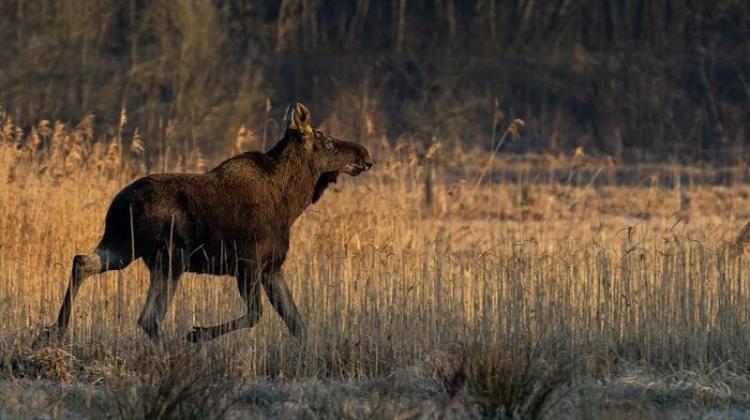 New research has revealed fascinating insight into how much space moose need to live and the factors affecting their seasonal ranges.

By analysing nearly 560,000 locations of moose fitted with GPS collars, they were able to identify the areas they used at various times of the year, finding that the seasonal ranges varied significantly, from a few to over 130 square kilometres.

These seasonal ranges depended on moose migration strategies, with some leading more nomadic lifestyles than others.

Seasonally migrating moose, which in the summer and winter occupy different environments, adapt more to their seasonal needs and use more fixed and significantly smaller areas (9.7 sq km on average) than non-migratory moose (14.3 sq km on average). To satisfy their food needs, non-migratory moose must use larger areas, including a mosaic of various environments that offer food in both summer and winter.

Dr. Rafał Kowalczyk from the Mammal Research Institute PAS in Białowieża said: “In addition, we found that moose were significantly more stationary and used smaller areas (9.0 sq km on average) in summer than in winter (15.9 sq km on average). This is probably due to the greater diversity, availability and renewal of food in summer than in winter, when the moose mainly feed in poor pine forests.

“The size of the areas also depends on the sex of the animal. Males had twice as large seasonal ranges (19.6 sq km on average) than females (9.6 sq km). This may result from sexual dimorphism and larger food demand and energy needs of males that have larger bodies.”

Colleague Dr. Tomasz Borowik added: "Interestingly, we have also shown a high diversity of the ranges of moose inhabiting the same areas. This may indicate that in addition to the environmental factors, the personality of individual moose also affects the use of space and feeding decisions.”

Research has shown that the moose adjust their use of space and their seasonal ranges to the location and availability of resources in time and space.

Taking into account the strong dependence of the moose ranges on the structure of the environment, any climate change and associated environmental changes will also affect the migration strategies and the use of space by moose. This may affect the moose population dynamics and the level of conflicts caused by the large animals.

The scientists presented their research results in Behavioral Ecology and Sociobiology.