Innovation
This text can be copied
Agnieszka Kliks-Pudlik

Scientist investigate if breath is as unique as fingerprints 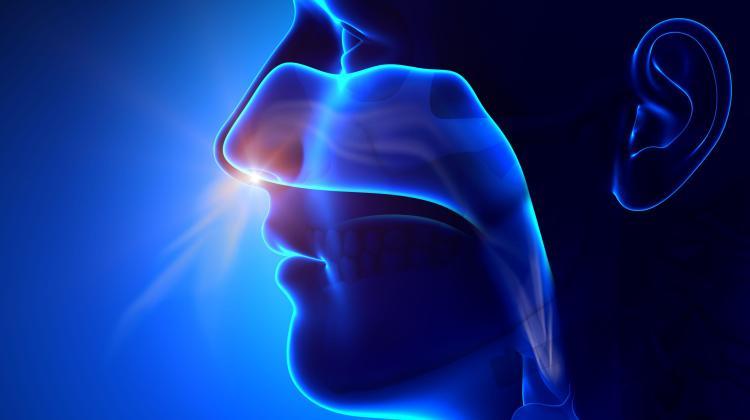 In the same way that every person has a unique fingerprint, it is very likely that the set of compounds in exhaled air is unique as well. If the research of scientists from AGH-UST confirms this hypothesis, breath could become the next bioidentifier used, for example, to confirm identity.

Project leader Dr. Arthur Rydosz from the AGH University of Science and Technology in Kraków said: “We are trying to figure out if it's at all possible, that is, if we can find such an breath pattern of a person among the 3,500 compounds present in exhaled air, one that will not change due to the current health or medical history.”

The first such research conducted in the United States appears to be promising: 1,000 people have been tested and the same number of different breath profiles obtained.

Rydosz said: “Of course, it must be verified whether this was influenced by external factors such as a different place of study or equipment, but the first analyses seem to be optimistic. The hypothesis has been known since the 1970s, when the fact that breath profile is somewhat individual began to be noticed. Comparing breaths of different people, we can find compounds that are the same, that are significantly different, so they can be biomarkers of various diseases, there is a certain concentration of compounds associated with the observed clinical image, but there are also compounds that are not so easy to compare. They may indicate the uniqueness of breath pattern.”

He added: “Modern medicine already uses the knowledge of respiratory biomarkers. Breath can be used to detect diabetes, asthma, cancer, pulmonary, kidney, intestine diseases. There are more and more examples and solutions.”

One example is a breathalyser for diabetics with the working name 'Diabetomat' (diabetalyser) developed by Rydosz's team.

The device resembles an ordinary breathalyser, but instead of measuring the ethanol content in the exhaled air, it determines the level of ketone bodies and makes it possible to diagnose diabetes and monitor its course. Clinical trials of the device are underway.

In turn, research on the exhaled breath pattern will begin soon. The team from AGH-UST will conduct it as part of their work with people with diabetes and development of the diabetalyser.

Dr. Rydosz said: “During our measurements of diabetes biomarkers in our patients, we will also check if it is possible to distinguish a group of highly personalized compounds.

“Even if the main hypothesis is not confirmed, I am convinced that we will discover new biomarkers, and our publications and results will encourage other scientists to study this topic. We often forget that a lot of breakthroughs happened by accident.”