Who believes in conspiracy theories? Mostly radicals, left and right 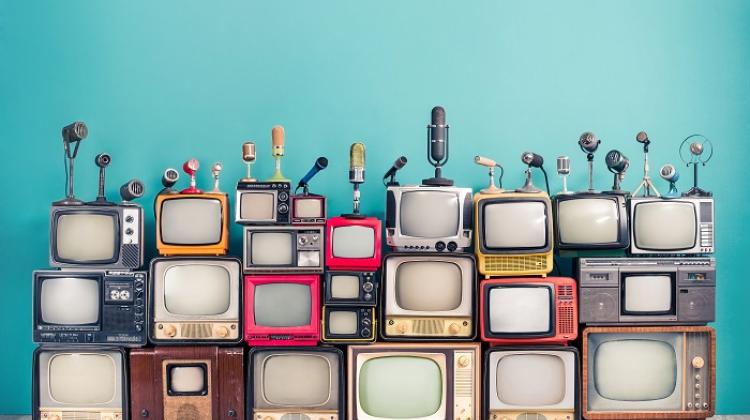 People with radical views, from both the right and left of the political spectrum, endorse conspiracy theories more often than others. This particularly concerns those who support the party that is not in power, show the results of a large study conducted in 26 countries.

People with the conspiracy mindset are more inclined to believe even that secret organizations rule the world, politicians are controlled from the outside and carry implicit interests, and that important events happening in the world are being hidden from the public. In an international study, researchers investigated how the willingness to believe in conspiracy theories is linked to political views.

The study described in Nature Human Behavior was conducted on a huge sample of over 100 thousand people from 26 countries, mostly in Europe, but also including Brazil, Israel, Turkey. Data collection was conducted by Kieskompas ('Election compass'), and in Poland as part of the Polish Prejudice Survey conducted by the Center for Research on Prejudice at the Faculty of Psychology of the University of Warsaw.

'The supporters of radical conservatism and extreme leftists alike exhibit a greater belief in conspiracy theories than people with moderate views. However, conspiracy theories are more popular on the right than on the left', says the study co-author, psychologist Dr. Michał Bilewicz, a professor at the University of Warsaw.

Another effect observed in the study adds to this: supporters of the opposition believe in conspiracy theories more often than those who support the ruling party.

'The study supports the hypothesis that people who do not have a sense of control over their life and politics are more likely to endorse conspiracy theories', the scientist says.

WHY CONSPIRACY THEORIES FIND FERTILE GROUND IN THE OPPOSITION

Michał Bilewicz notes that the parties supported by people with extreme views usually do not come to power. They are always in opposition. 'If someone, for example, supports Confederation or the Polish Communist Party, the chances that their representatives will rule are slim', he comments. In his opinion, people who have no influence on politics, are more likely to say that their lack of power results not from reasons such as the principles of democracy, but rather from backroom deals.

'The Polish example: we can assume that when PiS was in opposition, its supporters were more likely to embrace conspiracy theories than they are now. In turn, now PO supporters are more likely to believe in conspiracy theories than when their party was in power. We are not an exception. A similar relationship can be seen in many countries', he explains.

'It turns out that people who have a tendency to believe in conspiracy theories are eager to embrace this type of explanation of reality, closer to their political orientation', the psychologist says.

POLAND COMPARED TO OTHER COUNTRIES

Michael Bilewicz concludes that Poland belongs to the countries where the conspiracy mentality is quite common. However, we are not at the forefront of such countries (for example, we are behind Israel).

Summarising his research in Poland, Bilewicz points out that the most popular conspiracy theories in our country are unrelated to political views, for example the theory concerning GMOs. As many as 65 percent respondents agree with the statement 'It is better to avoid genetically modified foods, because their implications for human health are not made public knowledge'. On the other hand, the theory about Antoni Macierewicz's ties with Russia is supported by 38 percent respondents, and the Smolensk theory by approx. 30 percent.

When asked about the time of the pandemic, Michał Bilewicz says that the willingness to believe in conspiracy theories has not increased in the last two years.

'It is rather that people who have already had the tendency to believe in conspiracy theories were more willing to talk to others about these theories, and these theories began to influence the behaviour of these people to a greater extent. However, during the pandemic, the percentage of believers in conspiracy theories, even those concerning the origin of the coronavirus, has not increased', he sums up Polish research on this subject.

Is readiness to believe in conspiracy theories detrimental in a society? Dr. Bilewicz points out that there are conspiracy theories that contribute to the increase of prejudices. This includes theories of the alleged power of the Jews over the world. It is very difficult to eradicate them through any interventions, he says.

He describes that to explore this effect among Polish teenagers, workshops and meetings with young people from Israel or the Jewish community were organised. Although in the case of many people, sympathy towards Jews increased and stereotypes disappeared after such meetings, those who had believed in the world conspiracy of Jews continued to believe in it.

BELIEF IN A CONSPIRACY AND BELIEF IN FAKE NEWS

Bilewicz reserves that the belief in conspiracy theories is not the domain of less intelligent people. Conspiracy theorists are people with exceptionally high levels of scepticism. Scepticism itself is not a negative trait: it protects us from being cheated.