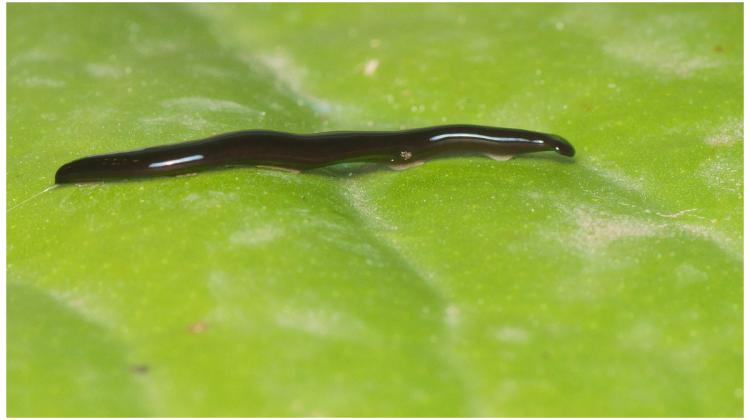 An international team including a researcher from the University of Szczecin discovered two new species of flatworms - primitive animals similar to worms. Some features make them a potential competition for native soil animals.

Information about the discovery of these tiny, only 3-millimeter long organisms, has been published in the journal PeerJ (https://doi.org/10.7717/peerj.12725).

According to the University of Szczecin, the discovery is the result of a joint effort by an international research team led by Professor Jean-Lou Justine from ISYEB (Muséum National d'Histoire Naturelle, Paris, France). Dr. Romain Gastineau from the Institute of Marine and Environmental Sciences of the University of Szczecin sequenced the DNA of the discovered organisms.

'My role in the project was to conduct molecular; genomic analysis. I was responsible for sequencing the samples', says Dr. Gastineau. 'As a result, we obtained an mitochondrial genome image for each of the studied species. The data was then used for phylogenetic analysis and various comparisons between individual specimens'.

'Precisely on the basis of mitochondrial genes, we have determined, for example, that two specimens of Humbertium covidum - from France and Italy - belong to the same species but separate populations. In the case of Diversibipalium mayottensis, it turned out that this worm may be not only a new species, but also a new type of flatworm. But for now we do not have enough specimens to be able to say with certainty', he says.

Flatworms are primitive predatory or parasitic animals. Their body is very simple: it consists of a large gut covered with a single layer of epithelium. Some of them are independently living organisms, but the vast majority are internal parasites of animals, including humans. The best known flatworms are tapeworms and trematodes.

Some flatworms feed on soil-dwelling invertebrates, such as earthworms and snails. According to scientists, they pose a great threat to their hosts' biodiversity. Due to their high invasive potential, they can spread quickly in new environments, posing a significant ecological and economic threat to native species.

The authors of the new publication explain that the situation is similar in the case of the two newly discovered animals. They are alien species (possibly native to Asia) with a high potential for invasiveness. They must have been inadvertently dragged to new locations by people.

'Not only are they invasive, they clearly don't have predators', says Dr. Gastineau. 'It would be much better for Polish farmers if they do not spread too much in our area. They would have a detrimental effect on the earthworm population'.

The high foraging potential makes them a strong competition for other soil animals, and by displacing them, they make the soil poorer and less biologically stable. Scientists remind that in some regions of the British Isles, invasive soil flatworms contributed to the depletion of the earthworm population by as much as 20 percent.

'One of the consequences of globalization is the inadvertent spread of invasive plant and animal species. Land flatworms have invaded the entire world, principally via the plant trade', they explain. 'They are a threat to soil biodiversity and ecology when they are introduced in a new environment'.

The longest flatworms reach one metre in length. However, the new species described in PeerJ are small, they grow to about 3 cm. This could be why they were not been found and described before.

The first new species was named Humbertium covidum. Based on the morphological and histological features, mitochondrial genome and the reproductive organ anatomy, it was assigned to the genus Humbertium.

Representatives of this species are black (or dark brown), and the front of their body has a characteristic, hammer shape. They have a lighter ventral surface.

Researchers decided to name the species 'as homage to the victims of Covid-19' and in reference to the work being done during lockdowns caused by the global pandemic. In addition, they say, the high invasiveness of these flatworms makes them similar to the SARS-CoV-2 virus; like the virus, they are capable of quickly invading the world.

'Let's hope that, unlike the virus it is named after, this worm will not attack the world', Justine says.

The first specimens of Humbertium covidum were encountered in the Atlantic Pyrenees in France (in two gardens, one hundred kilometres apart), and then in Casier , Italy. Some reports suggest that this species may also be present in Russia, China and Japan.

The second species, Diversibipalium mayottensis, has only been found in Mayotte, an island in the Mozambique Channel off the coast of Africa. The name of the species refers to that location. It is unclear how it ended up in the local gardens; scientists speculate that it may have been accidentally brought from Madagascar.

D. mayottensis have a very interesting colour: blue-green, slightly iridescent. the front of the body ends with a rusty-brown headplate, and the ventral surface is light brown with a pale sole.

Representatives of this species turned out to be the greatest surprise for scientists. Dr. Gastineau explains that in principle, genetic analysis does not allow to assign them to any known genus of flatworm. They are very similar to some, but still different.

This suggests that a new genus should be created within the subfamily Bipaliinae. It would only consist of this species. For now, however, scientists have refrained from doing so due to insufficient anatomical data (resulting from too few specimens found).

When asked whether scientists frequently discover new species of invertebrates, Dr. Gastineau replies that it is not uncommon in the case of arthropods or molluscs. However, the situation is slightly different when it comes to flatworms. 'Very generally speaking, flatworms usually belong to one of two groups: parasitic and/or aquatic. But there is also a third, much smaller group: independently living terrestrial flatworms. They are much prettier (for example the colourful Polycladida) and are the exception rather than the rule. The species we have described belong to this type of flatworm. These are the first new such species in about 15 years. And in the case of the genus Humbertium, in 35 years', he explains.

Dr. Romain Gastineau is a French assistant professor working at the Institute of Marine and Environmental Sciences of the University of Szczecin. His research focuses mainly on the genomic studies of microalgae and the sequencing of invertebrate mitochondrial genomes, in particular invasive terrestrial flatworms.

The described discovery is so unusual that an article about it appeared in the American daily The Washington Post. (PAP)