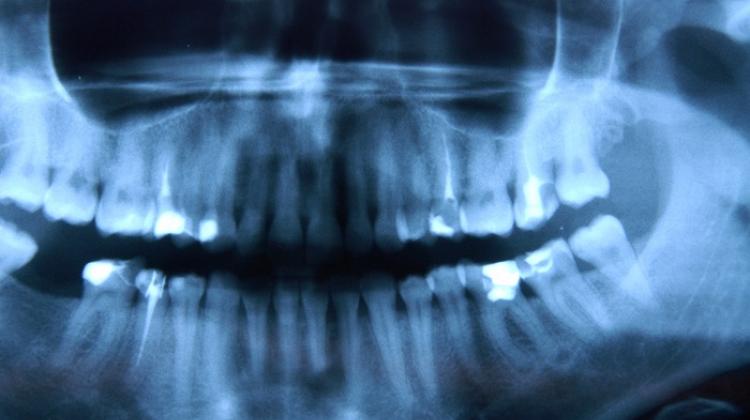 Researchers from Poznań, Warsaw and Toruń try to grow 'third' teeth using the possibilities offered by stem cells in the gums. Ultimately, their work can help eliminate the need to use dental implants or create nerve, bone or cartilage tissue for transplants.

In their opinion, the potential of gums to transform into other structures is huge and opens many opportunities when it comes to medical applications. 'If we succeed, the cells collected from the patient's own gums can be used to produce tooth buds, rebuild the structure of peripheral nerves for those who need their transplant, or produce cartilage for athletes who have suffered a serious injury within the joints', says the SteamScaf project leader, Dr. Agnieszka Gadomska-Gajadhur from the Faculty if Chemistry of the Warsaw University of Technology.

It has been known for several years that the gum has a very high regenerative potential. Relatively recently, the presence of mesenchymal stem cells has been confirmed. 'In areas after the tooth extraction, even significant size bone defects and soft tissue deficiencies are regenerated, with the exception of the tooth, of course. In addition, healing in the mouth often occurs without creating a scars', explains Dr. Gadomska-Gajadhur.

'Hence our assumption that the gum, and especially one population of its cells, can become a base for creating other tissues including nerve, bone or cartilage tissue', she adds.

Research of this type belongs to the field of science called tissue engineering. It combines medical and chemical knowledge and materials engineering to produce functional substitutes of tissues or even entire organs. All this to help regenerate damaged, difficult to cure tissues.

Cell cultures are an important part of tissue engineering. The most common and until recently the only method of culturing cells was using flat glass Petri dishes. In recent years, scientists have started using 3D cultures, which better reflect the conditions in the body. In order to obtain three-dimensional cultures, special scaffoldings are needed, on which cells can grow and multiply.

'Cells cultured on a Petri dish grow in a single layer, like sequins glued to a fabric, one next to another', the project leader explains. 'In our cultures cells grow spatially, in three dimensions, on special scaffoldings called spheroids. This is much more similar like to what is happens naturally in the body'.

Scientists from the Warsaw University of Technology created the scaffolding materials themselves. 'We have come up with and developed them. A patent application has already been submitted. We took a comprehensive approach: from the synthesis of the material, creating the scaffolding, to cell culture', says Dr. Gadomska-Gajadhur.

The researcher explains that the scaffoldings used by her team (i.e. future implants) vary depending on the tissue that will grow on them. For each tissue, the base material is a bit different, but all materials have two common features: they are bioresorbable and natural for our bodies. They consist of molecules that the body knows well and can metabolise. After some time, when the implant has performed its task, it is decomposed and its remnants are removed from the body. Thanks to this, scientists eliminate the problem of complications and rejections, which often occur with various types of tissue transplants.

The basis of the entire SteamScaf project is differentiation of cells taken from the gum into other cells, which will then form tissues.

'We start with collecting fragments of gums. At this point, these are pig gums, because we have not been able to access the sufficient amount of human material, but in the future it will be the gum of the person for whom the implant will be created. This is not a problem, because pig is genetically very similar to human', the researcher says.

Then, she explained, the desired cells are isolated from the collected tissue, because it initially contains a mixture of many different types of cells. 'We only want some of them, so we use chemical methods to separate them from each other. If we manage to obtain selected stem cells, we can differentiate them in the right direction. If not, we first revert other gum cells to the stem cell phase, and then we start a culture and - by adding appropriate growth factors - differentiation into bone, cartilage and nerve tissues.

'This is pioneering research. Nobody has tried to do what we are doing before. That is why we are testing both these methods in parallel to determine which will ultimately prove to be better', says Dr. Gadomska-Gajadhur.

The whole process takes place outside the body, in vitro. The patient would receive a ready implant, a fragment of previously grown tissue.

The greatest hopes of scientists from the Warsaw University of Technology are associated with the use of their solution in dentistry. 'It would be a rescue for many people who have lost their teeth, be it as a result of a disease or accident or caries, and can not have classic implants', says Dr. Gadomska-Gajadhur.

She adds that most people think that in the case of a loss of teeth, traditional implants are the best solution. Unfortunately, many patients lack adequate bone support or gum aesthetics. 'The complex materials we are developing could replace missing tissues or support their regeneration', the scientist emphasises.

As a curiosity, Dr. Gadomska-Gajadhur mentions the increasingly frequent cases of inflammation around implants. Currently, there are no effective ways to treat it, and the percentage of these complications increases and causes the loss of implants. The pioneering material could potentially stimulate the reconstruction of tissues not only as a scaffolding for cells, but also as a ready solution in the form of biologically active material.

Dentistry, however, is not the only field in which innovative implants could be used.

"The regenerative potential of the gums is so large that we hope to grow completely different tissues from it. Our largest plans concern the nerve tissue. Such a tissue, grown in laboratory conditions, could be used for transplants of peripheral nerves or in transplants within the spinal cord in paralysed patients', says Dr. Gadomska-Gajadhur.

Cartilage tissue can also be successfully grown under laboratory conditions. 'This is an ideal solution for cartilage transplants within joints, for example in athletes who often have large cartilage losses. We would take a fragment of a gum from such a patient, grow tissue in a laboratory for several weeks in accordance with the previously described procedures, and then implant the finished implant with 100% tissue compatibility', says the researcher.

The SteamScaf project will continue until the end of next year. 'If everything goes as planned, pre-clinical and then clinical trials will follow. We do not have funds yet, because these are extremely expensive procedures, but we have a long list of candidates for clinical trials', the project author concludes. (PAP)