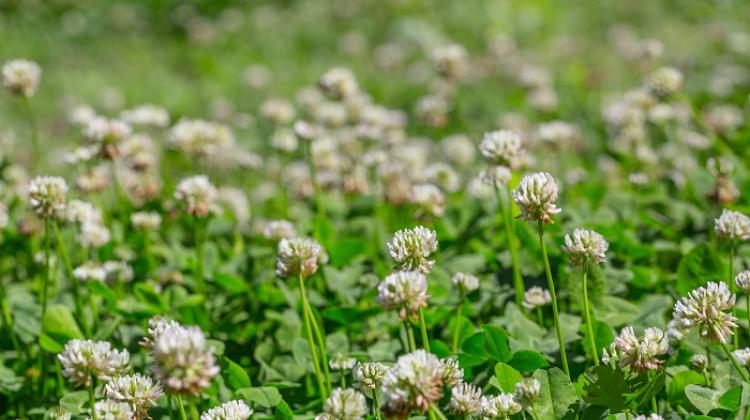 Urbanization causes evolutionary changes in plants. An international team of researchers has demonstrated this on the example of white clover, which adapts in a similar way to the urban environment in different cities around the world. Professor Marta Szulkin from the Centre of New Technologies at the University of Warsaw is a co-author of the publication on this subject.

The research results were published in Science. The University of Warsaw informs about them on its website.

Cities grow rapidly, adapting to the increasing number of inhabitants. They are new ecosystems in themselves. Recent studies show that changes in the urban environment can affect four evolutionary processes: mutation, genetic drift, gene flow and adaptation resulting from natural selection, we read in the research report published by the University of Warsaw.

Scientists led by Professor Marc T. Johnson, Professor Rob Ness and doctoral candidate James Santangelo of the University of Toronto Mississauga (UTM) investigated whether plants adapted to urban environments in different cities around the world in similar ways (whether the phenomenon of parallel evolution occurred). Researchers looked at white clover (Trifolium repens L., Fabaceae), found in almost every city on Earth. Its populations are polymorphic in terms of the production of hydrogen cyanide (HCN), which is their protection against herbivores. This means that there are cyanogenic and non-cyanogenic plants. Urbanization processes may affect cyanogenesis.

287 scientists from the Global Urban Evolution Project (GLUE) examined the populations of white clover growing in cities in different climatic zones. For this purpose, they took 110,019 plant samples from 160 cities in 26 countries. The project team members included Dr. Marta Szulkin, a professor at the Centre of New Technologies UW, and Justyna Szulc, a former employee of the centre.

'The procedure for collecting clover samples for the project was the same for all 160 cities. In each city, the samples were collected from 50 sites arranged linearly on the urbanization gradient. In our case, the samples were collected at a distance of approx. 30 km, from Powiśle (Warsaw - PAP-SiP) to the area of Góra Kalwaria, and then analysed biochemically in our laboratory. The results and DNA samples were sent to Canada', says Marta Szulkin, quoted in the University of Warsaw press release.

She adds that the research was initiated in a very unusual way: while on a sabbatical leave, Professor Marc Johnson, travelled the world with his family and collected clover samples in many cities in Asia and South America. He later inspired many scientists, students and naturalists to join the project.

What the researchers have discovered is - they emphasize - the clearest evidence yet that people, especially city dwellers, influence the evolution of life around the world. From Toronto to Tokyo, from Melbourne to Warsaw, white clover often evolves in direct response to environmental changes in the urban environment.

'We've long known that we've changed cities in pretty profound ways and we've dramatically altered the environment and ecosystems', says James Santangelo from UTM. 'But we just showed this happens, often in similar ways, on a global scale', he adds.

The GLUE study shows that the environmental conditions in cities tend to be more similar to each other than to nearby rural habitats. In that sense, downtown Toronto is in many ways more comparable to downtown Tokyo than it is to surrounding farmland and forests outside of the city.

The researchers were not only able to observe global adaptation to cities, they also identified the genetic basis of that adaptation and the environmental evolution drivers. White clover produces hydrogen cyanide as both a defence mechanism against herbivores and to increase its tolerance to water stress.

GLUE research shows that clover growing in cities typically produce less HCN than clover in neighbouring rural areas due to its repeated adaptation to urban environment.

'This study is a model to understand how humans change the evolution of life around us. Beyond ecologists and evolutionary biologists, this is going to be important for society', says Rob Ness from UTM, quoted in the release.

'I am very pleased that we are looking more closely at nature in cities and try to understand the biological and evolutionary processes that allow at least some living organisms to flourish in the city. I am sure that the involvement of people - scientists, teachers and enthusiasts - in research in the field of urban evolutionary biology will be crucial for making significant advances in this field. Constructive use of social media to inspire people to act and collect high-quality data through a well-prepared research program is also one of the very important messages of our work', adds Marta Szulkin.

The publication of an article in Science marks the start of larger-scale research for the GLUE team. Over 110,000 samples of clover collected and over 2,500 sequenced genomes of this plant have allowed to create a huge data set that will be used in many analyses in the future.