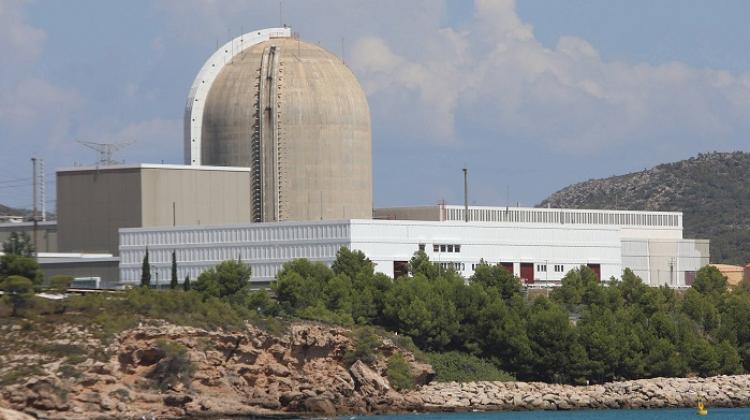 Nuclear power plant reactors are resistant to airplane collisions, military operations and earthquakes, and systems are protected against intentional negative or incorrect human action, says the head of analysis and reactor measurements at the National Centre for Nuclear Research in Świerk, Maciej Lipka.

According to the Polish Nuclear Power Program, Poland plans to build modern, proven PWR reactors. Poland's Energy Policy assumes that the first block of the Polish nuclear power plant with a capacity of 1-1.6 GW will be launched in 2033. Subsequent blocks will be launched every two-three years.

PAP - Science in Poland: More than 35 years have passed since the Chernobyl nuclear power plant disaster and technology has changed. What is the current state of power plant security from events that could potentially threaten its operation or safety?

Maciej Lipka: Statistical research shows that nuclear power is one of the safest forms of electricity production. It is as safe as wind and solar power. It's pure energy production that does not contribute to climate change. The plan in Poland is to build the most advanced nuclear power plants, like the ones built in the United States, Finland, China and France. This is Generation 3 or 3+. Previously built first and second generation power plants are now modernized to the highest standards and also work safely. With each new generation, engineers learn from previous versions. These are development projects, each generation is better than the one before.

SiP: Nuclear power plant safety - how complex is this problem?

M.L.: Power plant safety and security consists of physical barriers, buildings, cooling systems and automation systems as well as organizational culture. All these physical, organizational and technical safety aspects form a structure that is called Defense in Depth, sometimes called the Swiss Cheese Model. If you try to move a small ball through the holes in a piece of cheese, the ball will stop, because the holes do not go through. Defense in Depth works in a similar way. One security system is complemented by others. If certain mechanisms fail for some reason, others will take over. This security technique is borrowed from aviation. If an error occurs, other or additional safety systems will work.

SiP: Tell us more about the building structure. How strong is the reactor dome?

M.L.: The nuclear reactor is surrounded by a tank, over a 20-centimeter layer of very strong steel. It is placed in a concrete housing. The whole is additionally surrounded by a single or double safety housing, a layer of reinforced concrete with a thickness of up to 2 meters, additionally covered with steel.

Reactors designed and built today, as well as tose that already exist, will endure the fall of a passenger plane. This has been verified in very accurate tests. On You Tube you can find videos of speeding fighters that evaporate after hitting a concrete wall while nothing happens to the wall itself.

Power plants are also resistant to potential military operations. The nuclear reactor in France was fired on with a grenade launcher in the 1980s and nothing happened to it. These structures are built like bunkers. They are also safe from earthquakes, although it must be noted that those do not happen in Poland. There are seismic shocks, such as those observed a few years ago in the Kaliningrad Oblast or incidents related to mining activity in Silesia, but they are much weaker than classically understood earthquakes.

In any case, nuclear power plant buildings are built to safely withstand larger seismic activity. It was proven two years ago in Slovenia during the earthquake that also affected a part of Zagreb. The reactor on the border of Slovenia and Croatia was shut down by safety systems that engage preventively - when something can potentially happen, they shut down the installation. After a few hours, without any damage, after the object was carefully checked, the systems resumed operation.

SiP: Does the reactor shutdown mean lack of electricity in part of the country?

M.L.: No. The power system that includes nuclear blocks consists of many parts. This chain may include nuclear power plants. Each power plant is properly secured through the operation of another power plant with adequate reserves. When one fails, another increases its production of electricity. The system operator oversees it and issues appropriate commands.

An example was the last year's failure in the Bełchatów power plant, during which several gigawatts 'dropped' from the system, and then other power plants took over the production of electricity to avoid blackouts. It will be exactly the same with a nuclear power plant.

SiP: The second safety component are the reactor shut down and cooling systems.

M.L.: Safety systems are divided into active and passive ones. Active systems require, for example, pressing the button by the nuclear power plant operator, or reaction to sensor indications. If a temperature increases somewhere, for example, the systems open a special valve, the coolant flow changes and cooling improves. In turn, the operation of passive systems is based on the forces of nature, the laws of physics, such as water evaporation and gravity. These are very efficient heat dissipation mechanisms, and they are reliable because the laws of physics can not be changed. The power plants that will be built in Poland will be equipped with such systems. The National Atomic Energy Agency supervises their safety.

SiP: You mentioned that the last safety aspect was organizational culture. Is it a matter of confidence in people?

M.L.: The most advanced Gen 3 nuclear power plants that will be built in Poland are resistant to intentional negative or incorrect action of operators. The worst scenario that can be imagined is that such a power plant can be deliberately shut down. Thanks to the aforementioned safeguards, from the point of view of commonly understood nuclear safety, nothing will happen in this case. The power plant will only have to be turned on again. Laws of physics (including evaporation and gravity) protect it against deliberate imbalance.

SiP: Will the Polish power plant have to employ experts from other countries?

M.L.: No. It is not that Poland does not have nuclear power staff - we do have power plant safety, design and construction experts. The first Polish power plant is planned to be built by 2033 and a decade is enough time to train experts.

Of course, it is advisable to have Polish-speaking staff as soon as possible. Although everyone speaks English, speaking in the native language allows to avoid communication errors.

Power plants were built fastest in Japan. The whole process took 5 years. 10 years from submitting the required documents and obtaining permits to launching the power plant is certainly realistic. Employees of Polish companies have experience in the construction of a power plants, for example in Finland. They are qualified employees specializing in reinforced concrete structures and laying cable routes. This should not be confused with ordinary construction work. In this case, you have to be able to make the best concrete elements in their class that will pass various tests carried out during construction. Steel cladding made in Poland, for example, was transported across the Baltic Sea to Finland, so we do have some experience.

We can also use our experience in the operation and construction of conventional coal power plants because the entire conventional part of the power plant (turbine and generator) is identical.

SiP: What are research reactors used for? Are they as secure as power plants?

M.L.: The only Polish research reactor Maria in Otwock near Warsaw enables the production of cancer therapy agents- these agents are used in diagnostics, for example in cancer imaging.

As for industrial applications, it is used in the study of next generation construction materials. The reactor also allows to image aircraft engines during operation, which allows to optimise combustion. Scientists use research equipment to determine the age of the Universe, and we conduct research in such different fields such as archaeology and thermonuclear synthesis.

Since 1974, the Maria has been heavily modernised and will continue to serve patients for many years. It is properly secured. The reactor core, the part where a nuclear reaction takes place, is placed in a very deep water pool. It also has radiation protection system and safety casing. Its thermal power is only 30 megawatts, an energy reactor is over one hundred times more powerful.

SiP: What area does a nuclear power plant occupy?

M.L.: In Poland, we will build at least six large nuclear reactors will be built, each in a 1-1.5 gigawatt power block.

The entire power plant occupies an area from a few to a dozen or so hectares. This is a very dense energy source. The reactor building itself is dozens by dozens meters and very high, plus there are auxiliary devices.

The first reactor of the first power plant is planned to be built by 2033 in Lubiatowo, Pomerania. In Polish geographical conditions, nuclear power is irreplaceable as a source producing electricity regardless of the weather and seasons.