Trolley dilemma solved similarly in different parts of the world 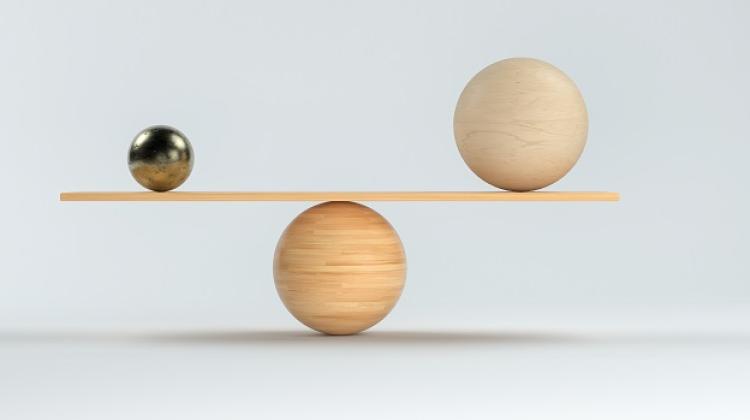 People from the eastern, western and southern cultures are not very different in terms of moral judgements made in the so-called trolley dilemma, shows a large international study carried out with the participation of Polish researchers. What does affect the moral judgement is the context of the dilemma.

The team of researchers studied residents of 45 western, eastern and southern countries to checked how they differed in their approach to the trolley dilemma, famous in the philosophy of morality. The conclusion: they are not very different.

The researchers emphasise the role importance of the context in solving the dilemma, including the possible use of physical force. The study results appeared in Nature Human Behaviour.

'That's good. If the inhabitants of various parts of the world did not agree on what is right and what is wrong, conflicts could not be avoided', comments one of the many authors of the publication, Professor Michał Białek from the University of Wroclaw.

WHERE DOES THIS TROLLEY GO

A trolley with broken brakes is speeding on tracks. On its path there are five unaware workers, who will be killed by the trolley. You are observing this situation and the only thing you have time t do is to pull a lever that will switch tracks. You know that if you do that, the trolley will not hit the workers, but switch to the side track with two different workers, who will be killed. Is it morally justified to switch tracks and sacrifice the life of two people to save five other lives? Or would the moral thing to do be to leave the lever alone, not become involved in this tragic course of events and avoid having two lives on your conscience? This is one of the scenarios the subjects had to solve.

In the second scenario analysed in Nature Human Behaviour, you also see the approaching trolley that will soon kill five people. However, you are standing on a bridge over the tracks, and next to you there is someone who weighs more than you. You know that only if you push this person under the trolley, it will stop and will not kill five people (you weigh too little, so you know that sacrificing your own life will not save others). In this case, is pushing someone under the trolley ethical?

EVERY THIRD PERSON WON'T TOUCH THE LEVER. EVERY FOURTH WILL PUSH SOMEONE ELSE ON TRACKS

Michał Białek summarises that the answers to these two questions obtained around the world are similar" around two thirds of the respondents agree to redirect the trolley to the side track and sacrifice two lives to save five. On the other hand, only about one quarter of respondents declare that it would be right to push one person under the trolley to save five lives.

This means that regardless of which part of the world a person comes from, using physical force to sacrifice a life of a bystander will be judged more harshly than using a track switch for the same purpose.

DOES THE END JUSTIFY THE MEANS?

Professor Michał Białek explains that the trolley dilemmas are designed to show the differences between two approaches to morality. The utilitarian approach assumes the estimation of long-term benefits and losses due to a given action. According to this approach, a more moral action is the one that saves more lives. It is therefore more beneficial to redirect the trolley to the second track or push a bystander onto the track. The second, deontological approach assumes that sacrificing others is wrong regardless of the outcome. Therefore, it is unethical to cause the death of a bystander, even if it would save more lives.

Michał Białek points out that the choice of the approach to a given problem depends to a large extent on the presented context the action.

According to the researcher from the University of Wroclaw, when we judge whether the action is ethical or not, we usually evaluate it in the context of the willingness to help others and reluctance to do harm. Sometimes, however, this judgement is sensitive to context. And this is what the recent publication clearly shows on a large research sample.

The narrative concerning wars is an example of how the change of narrative affects the moral evaluation, Białek says. For example, most people would condemn the decision to bomb a city and kill tens of thousands of people, made to intimidate the enemy and quickly end the war, that would take even more lives in a longer period. However, most people would support bombing an enemy's weapons factory during the war, even knowing that tens of thousands of people from nearby towns would be killed. The result is the same in both scenarios: death of several dozen thousand civilians. But in the first scenario, the harm of civilians is a means to an end, while in the second scenario it is 'only' a side effect. It is this context that affects the judgement of the ethicality of a given decision, the researcher comments.

'Our study shows that everyone, regardless of the part of the world they come from, has the same buttons that control our moral decisions. And unfortunately when someone knows, which buttons to push, they can play any melody they like', he warns.

The results of the study published in Nature Human Behaviour are not a surprise for scientists. They successfully replicate other intercultural studies carried out a few years ago with similar conclusions. 'So we are at the same point as before. Only thanks to this new study, we stand more firmly in it', comments Michał Białek.