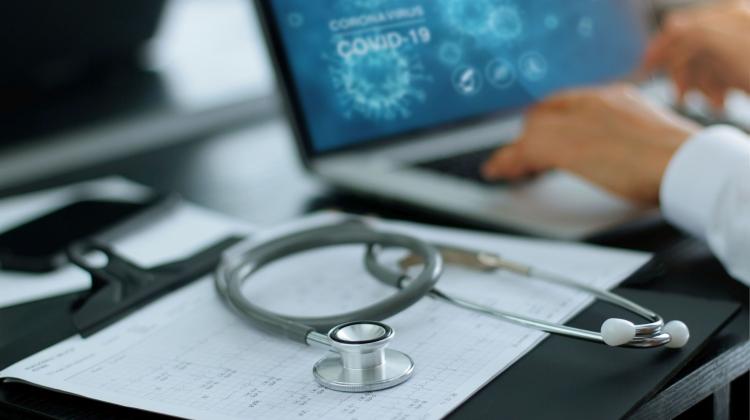 A staggering 75 percent of the Polish population had COVID-19 naturally, and vaccinations increased immunity by approx. 20 percent, while today, herd immunity is around 95 percent, says an expert from the University of Warsaw.

During a recent lecture, Dr. Franciszek Rakowski, a member of the Prime Minister’s COVID-19 Council, a member of the COVID-19 Epidemic Team to the Minister of Health and an expert at the CPR Strategic Analysis Centre as well as an assistant professor at the Interdisciplinary Centre for Mathematical and Computational Modelling of the University of Warsaw, described how a 2010 mathematical model for flu was changed to suit COVID-19.

'The model code itself has grown fivefold to describe phenomena such as virus variants, vaccinations and restrictions', said Rakowski.

The expert admitted that from the very beginning the biggest problem was the small number of data, which are key to creating forecasts. According to Rakowski, district sanitary facilities and the Chief Sanitary Inspectorate itself were unprepared for day-to-day precise data reporting. There was no IT system that would facilitate this.

In early March 2022, Dr. Rakowski's team showed the government administration a chart, according to which the Polish population reached about 95 percent herd immunity, 75 percent had COVID-19 naturally, and vaccinations increased immunity by approx. 20 percent.

The government decided to lift all restrictions from April 1. Along with this move, the system of reporting new SARS-COV-2 infection cases also changed.

Rakowski said: “This spoils our work. It was not a good move to lift all restrictions and at change the method of monitoring new cases of infection at the same time. Restrictions could be lifted on April 1, but the way of reporting data should be maintained for the following weeks so that we could see how the abolition of mask requirement affected the epidemiological trends.”

He added that the financing of PCR tests in public health care also changed, saying: “Changing the method of financing and settling PCR tests results in the fact that PCR tests are no longer performed in public health centres, only antigenic tests, which is why from April the number of infections is artificially underestimated.”

When asked by PAP how these changes would affect the work of the epidemic modelling team, he said: “We must catch the trend anew. We have learned to live with a lack of data.”

Rebuffing mathematician and epidemiologist Adam Kucharski from the London School of Hygiene and Tropical Medicine who said the epidemic is 'predicting the unpredictable', Rakowski said: “We can predict what will happen if we do not intervene.

“In this way, we predicted the fourth wave quite precisely - when it would occurs, how big it would be, and that it would be the first time when the wave would bend spontaneously (just like the wave of the Omicron variant) - we would not have to introduce restrictions to break it because it would reach the level of 30 thousand cases a day and then it would drop. We knew that we were reaching the level of herd immunity. We managed to predict that well.”

He added: 'Some things can be predicted - with full awareness that we will not always be successful. The most important thing is that we show the mechanism and trend of the pandemic process'.