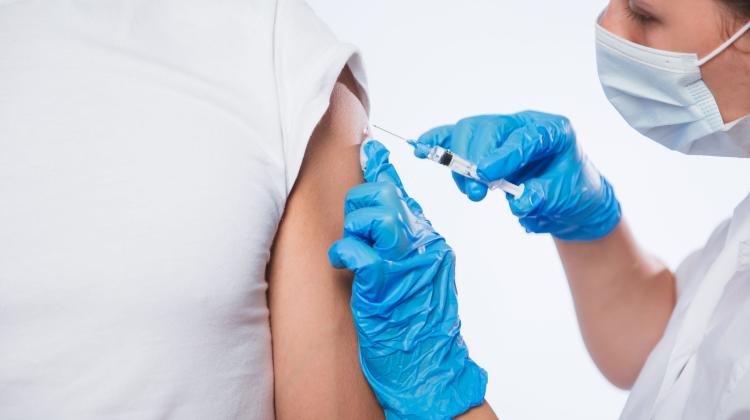 The results of the study were published in the Journal of Law and Biosciences.

A research team from the Interdisciplinary Centre for Ethics (INCET) of the Jagiellonian University analysed vaccination schedules published by 29 states (members of the European Union, Great Britain and Israel) with respect to the order in which they provided COVID-19 vaccination for different groups of citizens.

The common element of all vaccination policies was to prioritise health care workers as well as the staff and residents of nursing care facilities.

The researchers also specified the differences between vaccination schedules. The main difference concerned the number of criteria taken into account in different countries to determine groups with increased risk of death due to COVID-19. In Great Britain, for example, the schedule was based solely on the age of citizens. Other countries took into account various other factors contributing to an increased risk of death due to COVID-19. A few states (for example Germany) also included increased risk of infection as a factor.

Only 10 countries have also singled out teachers as a group to be prioritised when it came to COVID-19 vaccination. Only 6 countries (Austria, Germany, Ireland, Latvia, Romania, Slovenia) prioritised grocery store workers.

There were also only 6 states (Cyprus, Germany, Greece, Ireland, Latvia and Romania) that followed the WHO recommendation to provide migrants, refugees and prisoners staying in crowded conditions with a priority access to vaccination.

Karolina Wiśniowska from the Interdisciplinary Centre for Ethics, a doctoral candidate at the Jagiellonian University Doctoral School in the Humanities, says that 'there is no consensus among the experts as to how preventive measures should be distributed, and that there is no data on how this process looks like in reality'.

The researchers point out that governments adopted different strategies when it came to designing policies for vaccination schedules and treating patients already infected with COVID-19.

In March and April 2020,several foreign medical associations published a set of recommendations on how to distribute medical equipment and drugs in situations of scarce resources. In particular, they mentioned access to ventilators and beds in intensive care units.

‘Some of those recommendations were very controversial, as in the case of access to ventilators. Some posited we take into account the probability of survival of certain patients, while others suggested assessing their predicted lifespan going forward. This could lead to the exclusion of the elderly or patients with comorbidities,” says Professor Tomasz Żuradzki, head of INCET.

The situation was different when it came to vaccination schedules. All of the analysed schedules prioritised groups with increased risk of death (not infection), such as the elderly and, in some cases, patients with comorbidities.

High chance of infection was taken into account much more rarely. The exception was the priority granted to members of the professional groups directly involved in the fight against the pandemic, such as law enforcement, emergency services and social workers.

Vaccination and treatment schedules for different social groups during the pandemic was in stark contrast with the regulations concerning transplants.

In the case of procedures for transplant organs, it is not only important to save as many people as possible from death. It is also necessary to assess a procedure's viability based on various factors, such as the expected lifespan and quality of life of the patient (quality-adjusted life year - QALY)). In most countries, these regulations are very similar.

“The moral judgements underlying vaccination schedules cannot be unequivocally interpreted within the light of dominant ethical frameworks. However, this ambiguity may be seen as their strong point,” says Dr. Wojciech Ciszewski from the Chair in Legal Theory of the Jagiellonian University.

“Since the public opinion and experts represent various ethical standpoints, and broad support is necessary for successful vaccination strategies, the ability to defend these strategies on various moral grounds may increase their social legitimacy,” Ciszewski adds.

The analysis of vaccination schedules was financed with European funds - ERC Starting Grant.

More information is available in the source material.