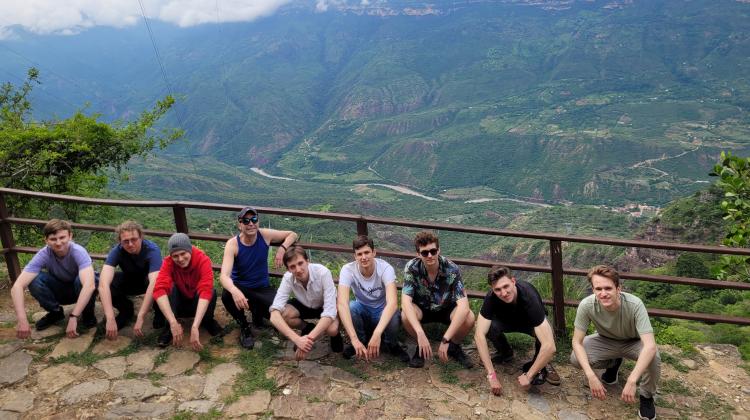 Physicists from the University of Warsaw have taken 4th place in the International Physicists' Tournament IPT 2022.

The team from the university’s Faculty of Physics went up against 15 other teams from across the globe at the tournament on May 9-14 at the Universidad Industrial de Santander in Bucaramanga, Colombia.

Open to 1st and 2nd degree physics students, the international tournament takes the form of ‘duels’ in which participants debate and present solutions to given physical or physical and technical problems.

These include verifying whether the shape and parameters of a raindrop crater in the sand make it possible to recreate the parameters of the drop, the conditions in which dropped chalk will not break, or why, when two steel balls collide, concentric ripples form on the aluminium foil placed between them.

According to the tournament’s rules, each team acts as a presenter, reviewer and opponent. A panel of judges evaluates the effectiveness and correctness of the attack, defence and review. The team that best presents and defends the results of the experiments wins.

“The participants of the competition tackled problems that are very difficult for professional physicists.

“This proves that the Faculty of Physics attracts exceptionally talented young people and creates good conditions for their development.”

She added: “I am very impressed with the level of solutions to the tournament tasks, both those prepared and presented by the our team and those from other teams participating in the tournament.”

Team member Stanisław Rakowski said: “The Polish team took several months to prepare for the tournament. In addition to building theoretical models, designing computer simulations and conducting experiments, we had to learn to work as a team and prepare to present and defend the results of our experiments.

“The aim of the tournament is not only scientific rivalry, but also integration with peers and international exchange of experiences.

“Despite the great emotions associated with competing in the tournament and fierce competition, we managed to make friends with teams from other countries.

“Discussions with someone from a completely different scientific community about the problem on which we both have spent several months of work are very inspiring. It was an excellent opportunity to learn about the realities of scientific work in an international group.”