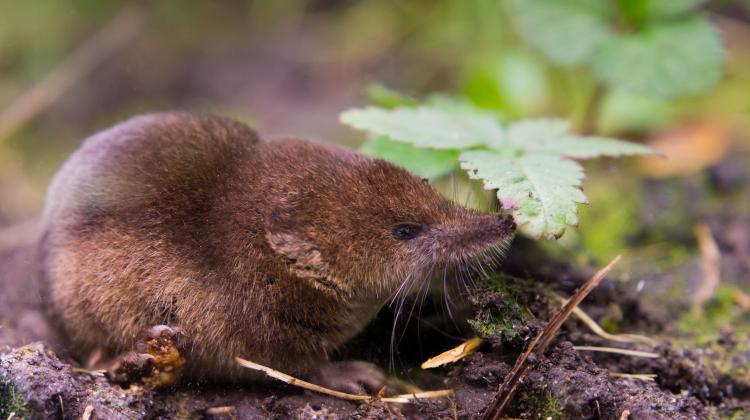 The common shrew is one of Poland’s most venomous mammals, new research has found.

Commonly found in woodlands, grasslands and hedgerows, the small, pointy-nosed animal was found to excrete venom through salivary glands.

Previously it was thought that Poland’s only venomous mammals were the northern short-tailed shrew and the Eurasian water shrew.

Publishing their findings in Zoological Letters, scientists from the Nicolaus Copernicus University in Toruń and Poznan’s Adam Mickiewicz University said” “It is likely that venom production among shrews and other eulipotyphlans may be more widespread than it has previously been assumed.”

Collecting extracts from salivary glands of the Eurasian water shrew and the common shrew to test the effect of venom on the red blood cells (erythrocytes) of Pelophylax sp. frogs, the researchers found that the  common shrew caused a strong haemolysis, i.e. the transition of haemoglobin to plasma as a result of the destruction of erythrocytes.

Thanks to their venom, which allows them to hunt for larger prey (for example, small frogs, young mice and even other shrews), it is easier for the common shrew to avoid death from hunger.

Weighing between 5 to 15 grams, the common shrew feeds around the clock, eating almost as much as it weighs. If it can't eat, it dies within 10 hours.

The first suggestions that common shrews could be venomous appeared in the literature around 400 years ago (Topsell RE. Historie of Foure-footed Beasts. London: Jaggard; 1607), but later researchers considered them unfounded.

The research by Krzysztof Kowalski from the Nicolaus Copernicus University in Toruń and Paweł Marciniak and Leszek Rychlik from the Adam Mickiewicz University can be found here: https://doi.org/10.1186/s40851-022-00191-5 . (PAP)