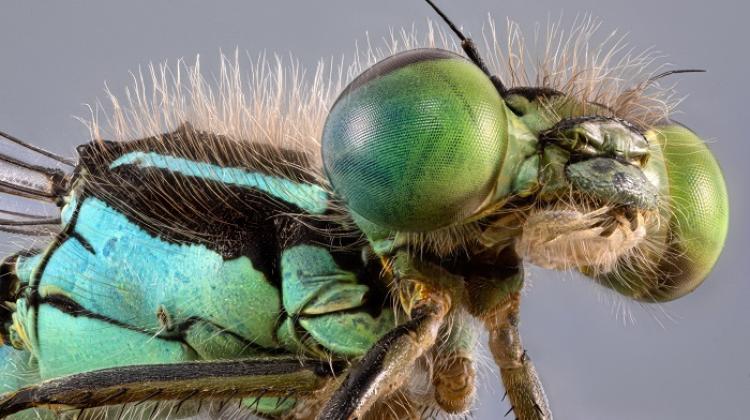 Climate warming and the stress caused by the presence of invasive predators in the environment worsen the condition of insects and cause greater incidence of deadly microsporidiosis, according to a study by Polish and Swedish biologists.

Parasitism is one of the most common interspecies interactions that occurs in all groups of organisms. Parasitic infections can have a variety of consequences for hosts, ranging from a transient, mild disease to death. This is due to changes in the host's physiology caused by tissue damage, among other things.

Dr. Szymon Śniegula from the Institute of Nature Conservation of the Polish Academy of Sciences said: “High infection rates can also have an impact on the size of the host population and even lead to its extinction. This is especially true when individuals have low immunity or the parasite is highly effective. An additional factor contributing to infection may be the stress experienced by potential hosts, which indirectly causes a decrease in their immunity and 'opens the gates' for other pathogenic organisms.”

The Greek word parasitos, from which the term 'parasite' is derived, literally means 'one who eats at the table of another'. It is therefore a hostile and one-sided co-consumption which greatly reduces the host's quality of life.

The research into the complex parasite-host relationship in the world of insects was carried out by a team of scientists from the Institute of Nature Conservation of the Polish Academy of Sciences, the Jagiellonian University and Lund University. The researchers present for the first time a record of microsporidia infection in the larvae of the blue-tailed damselfly (Ischnura elegans) grown in the laboratory - a model species for ecological and evolutionary studies.

Śniegula said: “We knew that damselflies can be infected by parasites belonging to several groups, incl. ectoparasitic water mites (arachnids), endoparasitic gregarines (protists) and nematodes, which results in a general decline of the insects' condition and reduced success of their reproduction. However, there was no information whether and to what extent microsporidia affect the condition and survival rate of damselflies.”

Microsporidia are single-celled fungi that penetrate individual cells of victims, which can be different groups of animals, including humans, resulting in the development of a disease called microsporidiosis. In damselflies, infection with microsporidia occurs in the adipose body, where the parasite may be at different stages of development. Infected larvae are often whiter or paler than those not infected.

The tested infected larvae came from adult females collected in the field, caught in southern Poland.

The researchers found that higher temperature while under laboratory conditions and the presence of chemical signals from an invasive alien predator - the signal crayfish (Pacifastacus leniusculus) increased the number of infected larvae.

Infected damselflies had impaired wing development and all died before flying. This means that in blue-tailed damselflies, the infection with microsporidia affected the development of morphological features and shortened the life time of the insects.

The results suggest that the global warming and the stress caused by the presence of invasive predators in the environment are among factors causing a decline in the condition of insects and a greater incidence of deadly microsporidiosis.

In the future, the scientists want to focus on studying the mechanism of microsporidia infection and its effect on various host traits and the conditions that increase the risk of parasitism. This research will help shed new light on the relationship between infection with microsporidia and hosts exposed to difficult ecological conditions, we read in the press release sent by the Institute of Nature Conservation PAS.