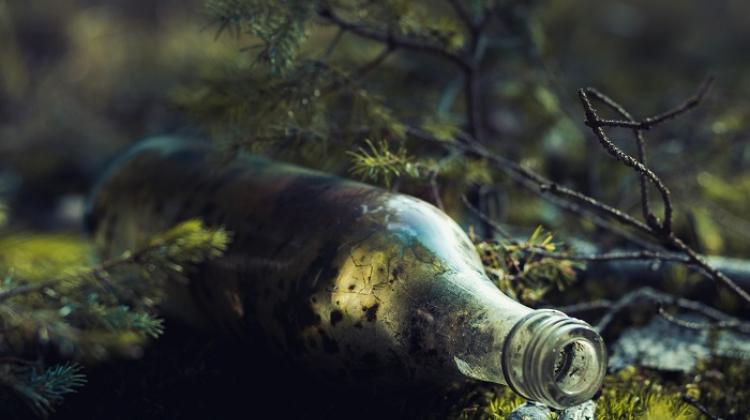 Cans and bottles discarded by people become animal traps, confirm scientists who have examined the content of almost 1,000 such containers. Inside 56 percent of them, they found over 10,000 dead animals: mainly invertebrates, less often small mammals, amphibians and reptiles. Some of them are protected species.

Littering is one of the biggest challenges in nature protection. Food and beverage packaging is the most common garbage, especially in urban and suburban green areas. Although bottles and cans are a common sight in parks and forests, not much is known about their impact on animals, says Dr. Krzysztof Kolenda from the Faculty of Biological Sciences of the University of Wrocław (UWR), who has been researching garbage in the environment and its impact on organisms for years.

To check this, scientists collected almost 1,000 open bottles and drink cans in Wrocław woodlands, and then looked at their contents.

Dr. Kolenda said: “In over 35 percent of containers, we found live animals. The most common were spiders and larvae of flies developing in the accumulated water. We also recovered over 10,000 dead animals from 56 percent of containers. Among them, the majority were invertebrates, mainly beetles and flies, but we also found 23 small vertebrates, including 21 mammals, one amphibian and one reptile. Less than 7 percent of all those animals are species covered by species protection or included in the Red list of threatened animals in Poland.”

According to Kolenda, the reason animals enter containers is because they  are lured by the fermenting remains of drinks.

He said: “A small inlet hole and dark interior resemble a burrow or a place for a good hideout. Rodents, for example, use containers to store seeds for the winter. In only one bottle we found several hundred hornbeam and oak seed... and a few dead mice or voles.

“The remains of liquids or accumulated rainwater also turned out to be a seemingly safe (because free of water predators) place for the development of flies, e.g. drain flies. The first trapped invertebrates can attract predators, especially ground beetles and shrews. These two groups seem to be peak predators in these mini-ecosystems.

“Spiders also feed in containers. Among them, web species dominate; they make webs at the inlet and deeper inside the containers and then wait for their prey.

“However, a shelter in a can or bottle often turns out to be a trap.

“Wings covered with a sweet drink, smooth and wet walls of a bottle or a sudden change in weather conditions can mean that exiting the container turns out to be beyond the capabilities of the animal. Such animals most often die from hunger or exhaustion. Their decaying corpses attract another important ecologically group - saprophages, especially scavengers. As you can see, drink containers lying in the environment after some time become small, independent ecosystems, each with its own story. Unfortunately, for most animals, it ends tragically.”

In ecology, the choice of a seemingly high-quality habitat, which turns out to be low quality, is called an ecological trap.

Kolenda added: “First of all, the public should be educated because it seems that still very few people see the problem in a bottle thrown out in the forest. Local cleaning campaigns involving residents can help. Refundable deposits that would apply to cans as well as glass and plastic bottles could help convince those for whom the aesthetic and natural values of forests are secondary.”

The new study is a continuation of the project concerning the problem of mass animal mortality caused by anthropogenic waste in the environment.