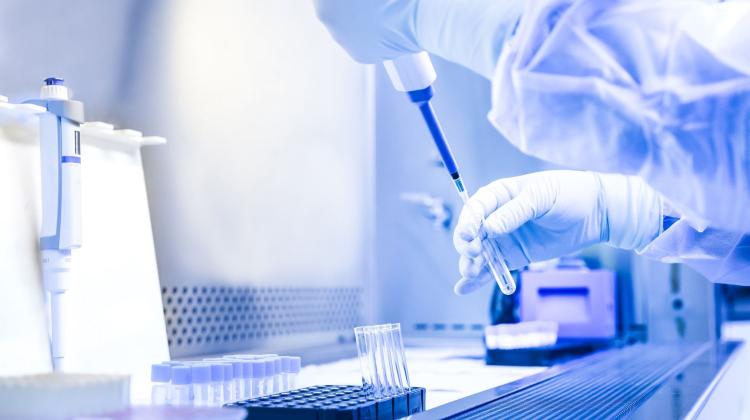 According to experts, the discovery could significantly benefit thousands of patients by changing therapeutic procedures which at the moment see breast cancer survivors die due to cardiovascular disease.

Scientists led by professors Tomasz Guzik and Tomasz Grodzicki presented the results of the study in the Journal of Clinical Investigation (https://doi.org/10.1172/JCI149117).

The results show that in women after chemotherapy, blood vessels stop producing nitric oxide, and instead they produce an excess of hydrogen peroxide (H2O2). The latter substance stimulates many pathological changes in the vessels, leading to the inactivation of an important enzyme called nitric oxide synthase.

The key protein involved in the entire process is NADPH NOX4 oxidase - an enzyme that is a source of reactive oxygen species in many tissues of the human body.

In the next stage, the researchers showed that molecules inhibiting the action of vascular oxidases, including NOX4 and NOX2, or limiting the action of selected signalling molecules, can prevent these very unfavourable changes, which makes them potential drugs to support the treatment of women with breast cancer.

Lead author Dr. Piotr Szczepaniak said: “Chemotherapy is the most common therapy used in the treatment of cancer, which significantly increases the survival rate of patients.

Cardiovascular problems, not the cancer itself, are currently the leading cause of death in breast cancer survivors.

The authors of the study explain that it has long been noticed that the blood vessels of women who underwent compulsory chemotherapy before mastectomy show significant vascular endothelial dysfunction. The endothelium is an extremely important structure that is the inner layer of blood vessels and plays a key role in regulating their health and the health of the body in general.

It is responsible for the transport of nutrients to cells and collects harmful metabolic products from the latter. It controls blood pressure, influences coagulation processes, and regulates the functioning of the immune system. In addition, it can produce and release important substances, which protect against stroke, heart attack, diabetes and cancer. One of its most important products is nitric oxide (NO).

Although the described phenomenon has been known for several years, the exact mechanism was unclear. It was suspected that NADPH NOX4 oxidase and hydrogen peroxide it produces most likely play a key role in the process.

To clearly define the role of NOX4 in the studied phenomenon and determine its individual stages, the team from the Jagiellonian University designed a series of experiments on properly prepared mice.

Half of the animals had the gene coding NOX4 enzyme removed, and the other half – unmodified - were the control group. All rodents were further divided into four subgroups, which were injected with docetaxel or placebo.

Docetaxel has been found to promote vascular dysfunction and loss of expansion due to a mechanism related to reactive oxygen species (ROS). This drug directly increases the expression of the NADPH NOX4 oxidase (and to a lesser extent also NOX2) in the endothelium of blood vessels, which translates into the release of large amounts of free radicals (including H2O2).

The effects of increasing the concentration of free radicals are twofold. Firstly, they react with nitric oxide and reduce vasodilation caused by NO. Secondly, H2O2 stimulates a cascade of changes that lead to lower production of nitric oxide. Both of these effects translate into the formation of serious dysfunctions of blood vessels and the development of atherosclerosis and hypertension. Importantly, this condition persists even after chemotherapy has been discontinued.

Scientists also preliminarily identified compounds that could prevent the adverse effects of docetaxel. They found that, for example, certain statins can prevent the activation of NADPH oxidase, blocking the cascade of unfavourable processes.

The team said: “Improvements in breast cancer detection and therapy have significantly increased survival. ’Breast cancer mortality decreased by 40 percent between 1989 and 2017. As a result, millions of women alive today are breast cancer survivors.”

They added: “Despite this markedly improved survival, breast cancer survivors are at high risk for atherosclerotic cardiovascular disease (CVD).

“In particular, among women with lower grades of breast cancer, the likelihood of dying from CVD is substantially higher than that of either cancer death or breast cancer recurrence.”

Due to this, there is a pressing need to improve cardiovascular outcomes in this patient population.