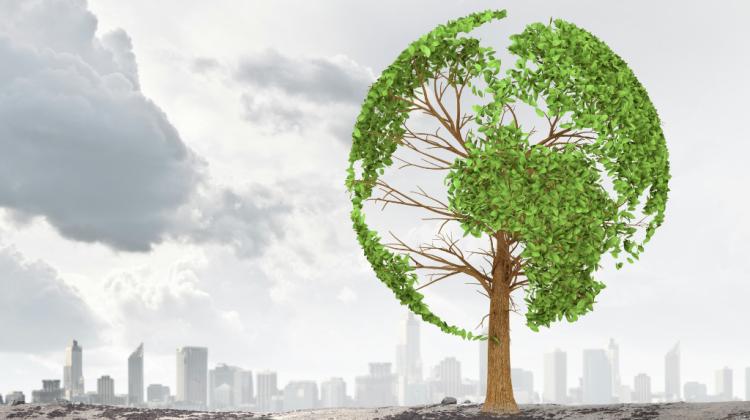 Poles believe that scientists are on the right track to stop progressing climate changes. At the same time, public opinion in Poland and other European countries underestimates the scope of the scientific consensus on climate change, according to new research.

The survey was conducted in January 2022 among 12,000 citizens of six European countries: the UK, Ireland, Italy, Germany, Norway and Poland.

The results were analysed by the Policy Institute of King's College, London. The data were collected as part of the PERITIA (Policy, Expertise and Trust in Action) project of the European Commission, which aims to measure public confidence in expert knowledge. Citizens' opinions on climate change and the approach to institutions dealing with these changes were analysed.

When it comes to the recognition of the actual level of scientific consensus on climate change, representatives of the other surveyed countries are not much better than Poles. The highest score (71 percent) was recorded in Ireland.

The authors of the study checked what share of the public does not recognize certain facts about climate change. According to 16 percent of adult Poles climate change is not mainly caused by human activities.

Another 11 percent do not believe that the last century's global increase in temperature was the largest during the past 1,000 years.

A relatively large proportion of the public believe that innovations that could help combat human-caused climate change are being concealed. In Poland, 45 percent of respondents say that oil companies are hiding technology that could make cars run without petrol or diesel (compared to 22 percent who believe this is false). Polish people are most likely (41 percent) to say that climate change is already harming them personally. Only 16 percent of Norwegian residents agree with this statement.

The authors of the study also checked the opinion of citizens about institutions dealing with climate change - national governments, the European Commission and scientists.

More than half of the surveyed Poles (52 percent) believe that the government is motivated by improving the lives of future generations. In the UK, 45 percent have a similar opinion, in Italy it is 60percent. Slightly fewer Poles (50 percent) believe that the motivation of their government is to improve the lives of people like them. In the UK, 39 percent hold this view, the least among the surveyed nations.

Of all the groups of experts, climate scientists fared best in the study. On average, 57 percent of all respondents claim to mostly share similar values to climate scientists. The country where this view is most widespread is Italy (63 percent), followed by Poland (61 percent) and Ireland (60 percent). This view is the least common in Norway (50 percent).

People who least believe these scientists to be prominent in the public eye are residents of Poland. This belief is represented by 44 percent of Polish respondents, while in Norway it is 55 percent and in Germany - 53 percent.