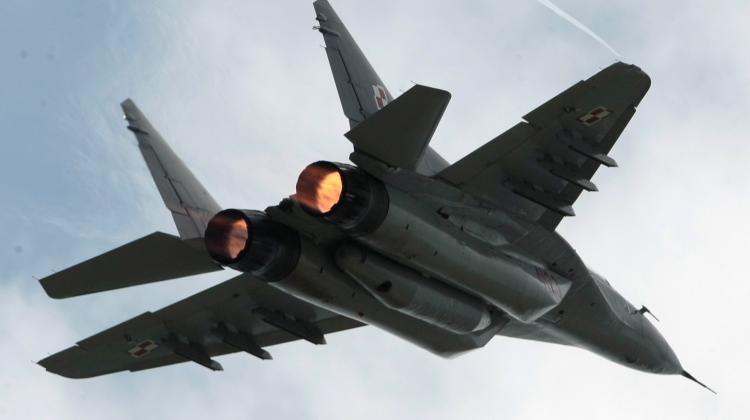 In his opinion, aviation and rocket technologies are an answer to the problem of the lack of space port infrastructure and a vast uninhabited area.

The Military University of Technology reports on the 'promising way' the use of used military equipment for commercial satellite technologies, scientific goals and double application space technology, proposed by researchers from the Faculty of Mechatronics, Armament and Aerospace of the Military University of Technology in cooperation with the Łukasiewicz Research Network - Institute of Aviation.

Dr. Zalewski, head of the project 'Aviation - Rocket System for Launching Payloads to Low Earth Orbit', quoted on the university's website, explains that satellite systems are used in the security and defence sector, as well as various sectors of the economy and science. The largest percentage are observation, including reconnaissance (spy), and communication satellites - intended for receiving, boosting and transmitting signals. From the beginning of the war in Ukraine, the Ukrainian forces use satellites to locate and predict the direction of the attack of Russian troops. In turn, Elon Musk's Starlink system provides Ukrainians with internet access.

Zalewski said: “The large American, Russian, Chinese and European (ESA's) space programs are only available to countries that can afford it. Poles +piggy back+ on them, which means that our payload can be attached to the main payload, and its launch is associated with several years of waiting in a queue. Just compare the scale - Elon Musk's SpaceX launches several-ton payloads and our demand is calculated... in kilograms.”

CARRIER AIRCRAFT INSTEAD OF LAUNCH SITE

In aviation and rocket systems, an airplane is a platform for the rocket launch. Such systems do not require the construction of ground launchers and the designation of spaceport safety zones (JFK Space Center was built in Florida swamps, Baikonur in the steppes in Kazakhstan, Europe Space Center in French Guyana).

According to the four-year project leader, the idea of the Military University of Technology to use own decommissioned aircrafts is a chance to become independent and create our own space programs. Such services can also be provided for other countries. Aircrafts decommissioned by the Polish Air Force may then become available to conduct such missions, including civilian ones, the expert says.

Scientific analysis conducted by Dr. Zalewski's team has confirmed that the Polish army aircrafts have such capabilities, and the Polish industry and scientific and technical infrastructure have the potential and know-how needed to add 'space capabilities' to them.

Dr. Zalewski said: “Such operations could include launching microsatelites (weighing about 50 kg) into orbit with smaller rockets, launched with ground launchers. For this, however, you need a launch site. If something didn’t go as planned, it is difficult to imagine the effects of the rocket's falling for example, in a city.

“From time to time, we see photos in the press of the remains of Chinese rockets that fell on villages. That is why the Americans carry out their flights over the oceans (from the Vanderberg base on the Pacific or the JKF Space Center over the Atlantic), and the Russians over the steppes of Kazakhstan.”

He added that things are different in Europe due to the densely populated area. The European Space Agency launches rockets from the cosmodrome in French Guyana on the coast of the Atlantic.

According to Zalewski, the challenge for small countries is to replace classic existing systems with cheaper, smaller and more mobile systems that would allow to send micro- or nanosatellites on an aircraft.

He said: “A viable option is to place a rocket with a satellite, for example, under the wings or fuselage of the aircraft, which will take off from an airport in Poland and fly to the North Sea, where the rocket will disconnect and perform its flight in a safe zone. After several operations of launching space rockets with satellites, one could build a small operating system consisting of several satellites, which are difficult to locate - and thus shoot down. The war has shown us how important satellite communication is.”

The scientist emphasizes that the European Union has announced a defence program worth 20 million euros, which will enable the development of smaller, mobile orbital launch systems.

IN SEARCH OF AN INDEPENDENT SATELLITE SYSTEM

Scientists from the Military University of Technology and the Institute of Aviation have confirmed that combat aircrafts are able to reach a ceiling of about 15,000 m at a supersonic speed while carrying a rocket with a mass of approx. 2-4 tons. They have proven that the aircraft performance would not drop significantly, the aircraft would remain stable and controllable. Statistically, the satellite accounts for about 2 percent of the rocket mass, which means that small satellites could be launched with Polish aircrafts. This, says the study’s authors, is the future of building small operating systems in Europe.

Zalewski said: “Poland has the technical infrastructure to modernise aircrafts to perform such tasks. It primarily includes the Polish Armaments Group and its member the Military Aviation Works, which have been repairing and modernising aircrafts for 30 years, but also the Institute of Aviation that works on rockets and has the potential to develop space rocket projects +tailored+ to the capabilities and limitations of combat aircrafts.

“What's more, the entire system could be developed in Poland under the supervision of the Polish Space Academy, just as NASA did in the 1960s in the United States.”

He added that these are double application technologies. Reconnaissance satellites can be used as meteorological satellites, for observing the Earth, monitoring floods, drought or fires. The telecommunications industry (satellite communication) and the Internet are also still developing.

Zalewski continued: “We should not forget about scientific satellites. For now, however, we are doomed to wait in a queue to combine scientific needs with larger commercial projects. Research satellites are launched +by the way+, this is always associated with waiting, unless it is part of a larger programme, for example one run by the European Space Agency. The mission profile and target orbit are also defined by the main payload.

“Considering the performance and capabilities of some fighter aircrafts, a rocket with the required parameters can be transported by them. This means that aircrafts can +launch+ a space payload of 10 kg into ;ow Earth orbit (500 - 700 km).”

Aircraft and crew safety analysis indicates that placing the rocket on top of some combat aircrafts carries a much greater threat than placing it under the fuselage. It was therefore assumed that it would be transported centrally under the fuselage or under the wing.

Dr. Zalewski said: “This way, in the regions of the North Sea it will be possible to safely launch a rocket at an altitude of 15 km at supersonic speed towards the polar orbit. A polar orbit is an orbit in which the satellite in which a satellite passes above or nearly above the pole and the orbital period is short, about 1-3 hours. There are many Earth observation satellites in polar orbits (for example Landsat satellites).”

The scientist estimates that the development of a commercial satellite market with a mass of 1 to 50 kg makes aviation platforms optimal solutions for this group of objects. This market is assessed by industry experts as a market with the greatest potential. Satellites of this class are affordable not only for countries belonging to the industry leaders, but also corporations and even smaller companies. Market analyses show that about 200 nano- and microsatelites were placed in orbit by 2020. Even some universities and scientific centres are interested in launching their own objects of this class into space.