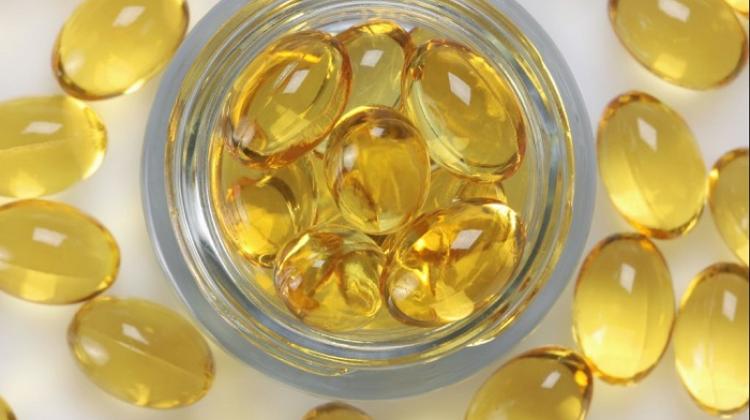 When did organisms learn to synthesize vitamin D? How did its functions change throughout our evolution, and how did this affect the entire Homo sapiens species? Professor Carsten Carlberg answers these questions in his latest scientific publication.

A new publication by Prof. Carsten Carlberg, ERA Chair in the WELCOME2 project at the Institute of Animal Reproduction and Food Research of the Polish Academy of Sciences, titled "Vitamin D in the Context of Evolution," has appeared in the journal "Nutrients". The “career” of vitamin D goes back to as early as 1.2 billion years ago, when eukaryotes (organisms with cell nuclei) developed the ability to synthesize sterols (and therefore vitamin D). In his publication, Prof. Carlberg explains how in the course of evolution - including that of the Homo sapiens - the role of vitamin D changed over time and "stabilized" relatively recently.

It wasn't until 100 years ago that vitamin D was called a "vitamin" because its administration could cure experimentally induced rickets in dogs and rats. Rickets is also a developmental disorder in children, and many studies have linked vitamin D to calcium homeostasis and bone remodeling. It quickly became apparent that this is only one of many processes controlled by this micronutrient - others include detoxification, energy metabolism, and innate immunity. Researchers also point to a possible role for vitamin D in skin lightening among migrating peoples, particularly in European populations.

How did vitamin D become a vitamin?

Evolution is the basic process responsible for the biological development of all living organisms. There are no animals or plants on Earth that are not subject to the laws of evolution and thus do not adapt to environmental changes. In Prof. Carlberg's paper, we read that one such adaptation was the development in animals ca. 550 million years ago, the Vitamin D Receptor (VDR), which transports proteins and enzymes for vitamin D metabolism.

Initially, vitamin D regulated physiological processes, the first of which was detoxification and energy metabolism. Thus, vitamin D modulated the energy-intensive processes of the innate immune system in its fight against microbes. In his latest work, Prof. Carlberg mentions that about 400 million years ago, species left the ocean and were exposed to gravity. Vitamin D took on the additional role of a master regulator of calcium homeostasis, essential for a stable skeleton.

"In its evolutionary origin in East Africa, the Homo sapiens species was exposed to extensive UV-B radiation every day all year round, which induced sufficient vitamin D3 synthesis. Therefore, over 200,000 years, humans have become accustomed to a consistently high vitamin D status of 100 nM 25(OH)D3 or more. Over the past 50,000-75,000 years, migration toward regions with latitudes above 37oN has allowed them to experience seasonal changes in sun exposure and periods of the year when vitamin D3 cannot be produced endogenously," according to Prof. Carlberg's publication.

As a result of the industrial revolution, people have adapted to an urban lifestyle with predominant work and indoor activity. Both conditions - winters with vitamin D and indoor preferences - often led to vitamin D deficiency in industrialized countries. In the 19th century, rickets was common among children in England, and vitamin D deficiencies increased tuberculosis in many countries. In a published paper, Prof. Carlberg concludes that it was not evolution but human migrations and lifestyle changes that made vitamin D3 a vitamin.

Quite recently - on an evolutionary scale - human lifestyle changes have caused a decrease in endogenous vitamin D3 production. At the same time, most of the population is not based on a Mediterranean diet, so they are vitamin D deficient. Worldwide, this problem affects over a billion people and causes numerous health problems, including bone deformities and reduced immune system performance.

This work by Prof. Carlberg sheds new light on the evolutionary mechanisms that led to the development of the VDR receptor, enabling vitamin D uptake. He also shows that it is not the evolutionary process but lifestyle changes and frequent migrations that are the reason for the vitamin D deficiencies occurring around the world today, which affect most of us.

The paper, "Vitamin D in the Context of Evolution," also allowed Prof. Carlberg to cross another critical threshold: reaching H-index 60 on the Publons platform. It provides a service for scientists to track, verify and present their scientific reviews and editorial contributions to scientific journals. It is worth mentioning that Prof. Carlberg already has 265 publications on Publons, which have been cited nearly 12,000 times.

Prof. Carlberg's main task within the ERA Chair WELCOME2 project at the Institute of Animal Reproduction and Food Research of the Polish Academy of Sciences is to create a team dedicated to analyzing gene regulation on the scale of the entire human genome, in particular changes in the human epigenome. This will be aided, among other things, by the development of "digital twins," or virtual models of healthy and sick individuals, allowing in silico (via computer simulation) testing of interventions related to diet selection, physical activity, and drug use. These activities will form the basis of the Center of Excellence in nutrigenomics at the Institute. You can read more about the ERA Chair WELCOME2 project here.