Polish researchers investigate how much pesticides we consume with fruits 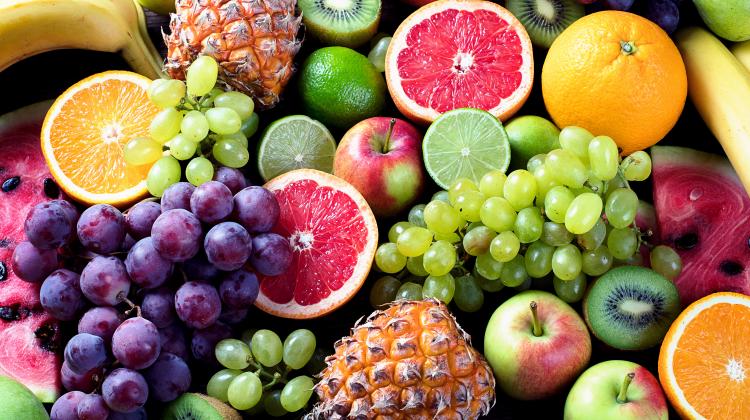 Apples and citrus fruits sold in Poland today are contaminated with pesticides to a much lesser extent than a decade ago, scientists from the University of Life Sciences in Lublin have found. They attribute this to the introduction of regulations that specify the maximum residue limit for pesticides in fruit.

The conclusions of their research were published in Applied Sciences (https://doi.org/10.3390/app12031417). Researchers also show how to effectively to get rid of these pollutants at home.

The authors of the study say that in the last 10 years certain pesticides have been completely banned from use in apple and citrus trees. They checked whether food producers complied with the new regulations; and to what extent the pesticide residues remained on the fruits sold to consumers. They also assessed how to most effectively reduce any residues of these compounds with simple methods: washing and peeling.

Before detailed analyses, some fruits were washed under a stream of cold water, others were left unwashed.

It turned out that between 2012 and 2020 there was a clear reduction in the pesticide content in edible parts of the fruits. Importantly, no banned plant protection products were found in the newer samples.

The study authors found that fruit producers comply with regulations.

Apples and citrus fruits are considered to be valuable health-promoting food as they contain biologically active components such as ascorbic acid, carotene (provitamin A) and group B vitamins, flavonoids, carotenoids, and phenolic acids, which have beneficial effects for human health. Systematic consumption of fruits and vegetables reduces the risk of civilisation diseases and also facilitates body mass control. Reports of the World Health Organisation of the Food and Agriculture Organisation recommend that adults should consume at least five portions of fruits and vegetables daily.”

Apple trees and citrus trees are attacked by numerous pathogenic fungi and by pests. For this reason, plant protection agents are commonly applied in conventional cultivations, at various stages of plant development, to prevent a reduction in yields. Residues of pesticides in fruits originating from such cultivations may constitute a hazard for human health

EU regulations specify the maximum residue limit (MRL) for pesticides in food of plant origin. The values of MRL are updated on the basis of current data on the safety of application of such plant protection agents, and within the last decade, certain pesticides have been banned from use in crop plant cultivations.

The scientists said: “Incorrect use of pesticides may result in food contamination, and in consequence, cause harm to consumers, therefore it is important to monitor the level of residues of those contaminants in fruits. Knowledge of the effect of home processing on the level of pesticide residues in fruits is necessary to reduce dietary hazards.”

Earlier studies have shown that although home processing of fruits, such as cooking, frying, baking and blanching, leads to a considerable reduction in pesticide residues, those fruits are most often consumed raw, with no prior processing.

The researchers continued: “Apples are often eaten directly after washing, or they are peeled, but it needs to be emphasised that certain consumers eat apples even without washing them first.

“For apple washing under tap water to be effective, a sufficient amount of water must be used, and the duration of the washing process is also important.”

In model experiments, apple washing time of 2 minutes is specified. However, consumers often do not wash fruits at all, or they wash them for a notably shorter time, e.g., 5-10 seconds, which results from various reasons, such as the high speed of life or ecological considerations.

That is why in the case of apples, it is better to remove the peel by peeling. This will also remove most of the pesticide residues, however, important nutrients will be lost as well.

The study’s authors said: “The results obtained indicate that conventional washing with water (about 1.5 L/one fruit) did not have any effect on the level of pesticide residues in the analysed fruits. Apple peeling allowed for a reduction in pesticide levels in the range of 24% (carbendazim) to 100% (triflumuron, thiodicarb, tebuconazole).”

Thorough analyses carried out at the laboratories of the University of Life Sciences in Lublin identified 26 pesticides in apple samples from 2012 (fungicides, insecticides, plant growth regulators), while in fruits from 2020 there were 'only' seven pesticides.

The researchers said: “This may be due to the fact that at that time there was an increased interest in alternative methods of plant protection, including fruit production in a sustainable system, where one of the primary assumptions is conducting activities aimed at the creation of biological equilibrium.”

Numerous studies indicate that side effects of chemical control include the destruction of natural flora and fauna and the contamination of water, soil and air, which has an impact on plant resistance to diseases and pests

In samples from 2012, in four cases the scientists detected higher disulfoton levels than the MRL would allow. Disulfoton is an insecticide, and it is used among other things for the control of aphids and spinning mites. It is highly toxic effect in the case of ingestion or absorption through the peel and long-term exposure may have mutagenic effects. Disulfoton has been banned throughout the European Union since 2018.

In the apples analysed in 2020, no cases of exceeded MRL for disulfoton were noted.

The researchers also emphasise that apple samples from 2020 did not contain any pesticides that are not approved for use in European Union. The scientists said: “The reduction in the diversity of the detected pesticides in 2020 compared to 2012 results from the observed trends of limitation in the use of pesticides and promotion of sustainable development.”

The scientists also tested for excessive content of other substances that are still approved for use in the EU (though in limited amounts). Such cases turned out to be quite rare. Monitoring of pesticide residues in food conducted in Poland in the years 2004-2007 by the State Sanitary Inspection revealed exceeded MRL in 2.3 percent of analysed samples of apples, and the situation improved in the following years.

Analyses on the flesh of fruits protectively coated with those compounds prove that the fungicides penetrate into the fruits.

The researchers said: “Systematic research on the toxicity of pesticides contributes to continuous and dynamic verification of approvals for the use of plant protection agents in cultivations, and to the updating of the values of MRL.

“The results of studies show that the ban on the use of certain pesticides leads to the expected reduction in their residues in apple and citrus fruit crops. In addition, the growing consumer awareness in the area of food safety and on the subject of the effect of pesticides on the environment results in the producers’ interest in the limitation of the use of such chemicals, and in the search for alternative methods of crops cultivation, such as integrated production or organic farming.”

The scientists said concluded: “In the fruit of apples grown in Poland, as well as imported citrus fruits over the period of 8 years, one can clearly observe a limitation in the use of pesticides, which results in higher quality of the most popular fruits in the diet. In addition, in recent years there were no instances of identification of pesticides banned from use, which shows that producers comply with the current regulations. The simple culinary treatment of conventional peeling can largely reduce the level of pesticide residues in the edible parts of fruits.”