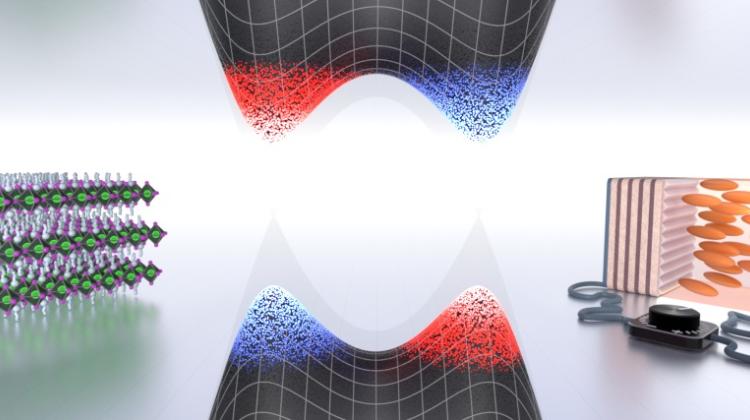 Polish scientists in collaboration with an international research team have obtained a new photonic system of perovskites and liquid crystals that can be used in the creation of efficient and unconventional light sources.

Perovskites are materials that can revolutionize energy. The durable and easy-to-produce materials have a high solar light absorption coefficient and therefore are used to build new, more efficient photovoltaic cells. In recent years, the emission properties of these materials, so far underestimated, have been used.

A photonic system with electrically tuned topological features has been obtained by scientists from the University of Warsaw and the Military University of Technology, in collaboration with the Italian CNR Nanotec, the British University of Southampton and the University of Iceland. The researchers described the discovery in the paper published in the latest issue of Science Advances.

USE IN PHOTONICS AND MORE

PhD candidate Karolina Łempicka-Mirek from the Faculty of Physics at the University of Warsaw, the first author of the publication, said: “We noticed that two-dimensional perovskites are very stable at room temperature, have high exciton binding energy and high quantum efficiency.”

The researchers add that these special properties can be used in the construction of efficient and unconventional light sources. This means that perovskites can be used in photonic systems. It is planned to use perovskites for information processing with high energy efficiency.

The photonic structure developed by the scientists can be used in optical neuromorphic networks, where precise control over nonlinear properties of photons is necessary.

EXPERIMENTS POSSIBLE IN THE OPTICAL CAVITY

The scientists managed to create a system in which excitons in a two-dimensional perovskite were strongly coupled with photons trapped in a birefringent photonic structure: a two-dimensional optical cavity filled with a liquid crystal. The tested optical cavities were fabricated at the Military University of Technology.

Study co-author, Dr. Wiktor Piecek from the Military University of Technology, said: “The generation of a polariton band with a non-zero Berry curvature was possible thanks to designing a special twist of the liquid crystal molecules at the surface of the mirrors.”

Dr. Barbara Piętka from the University of Warsaw added that in such a regime, new quasiparticles are created: excitonic polaritons, which are known primarily for the possibility of phase transition to non-equilibrium Bose-Einstein condensate, the formation of superfluid states at room temperature and strong light emission similar to laser light.

The system turned out to be an ideal platform for creating photonic energy bands with non-zero Berry curvature and studying optical spin-orbit effects mimicking those previously observed in semiconductor physics at cryogenic temperatures.

Mateusz Król, a PhD candidate at the Faculty of Physics of the University of Warsaw said: “In this case, we recreated the Rashba-Dresselhaus spin-orbit coupling in the strong light-matter coupling regime at room temperature.”

In recent years, many ground-breaking experiments have been carried out in the design and study of geometric and topological energy bands in ultracold atomic gasses and photonics.

Dr. Jacek Szczytko from the Faculty of Physics of the University of Warsaw said: “The photonic structure developed in this project, using the spin-orbit coupling and the properties of polaritons, opens the way to study the topological states of light fluids at room temperature.”