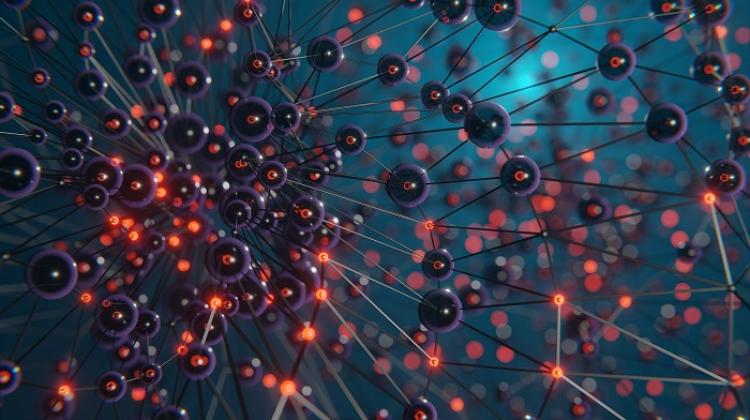 Press the button to produce any of the thousands of organic chemical compounds, e.g. drugs, from easily available ingredients in a few moments? Why not? Another step in this direction has become possible with peculiar cooperation of artificial intelligence (Polish program) with robots that run chemical reactions.

Teams led by Professor Marty Burke and Professor Bartosz Grzybowski describe in Science how to automate the synthesis of an important group of chemical reactions even more, namely the. Suzuki-Miyaura cross-coupling. In such reactions (2010 Nobel Prize), carbon-carbon bonds form; they are used to expand the carbon chain that forms the molecule axis in organic compounds.

“This type of reaction allows to connect blocks of chemical compounds as easily as connecting Lego bricks. This is now the foundation of medical chemistry. We are able to build most of the known anti-cancer drugs from currently known blocks,” says Professor Grzybowski.

The teams identified the general conditions in which the Suzuki coupling can take place.

According to Professor Burke, this paper is an exciting step towards the world, in which anyone can create particles.

Some time ago he and his team developed robots capable of building advanced compounds from available chemical blocks. They run chemical reactions and even produce complex organic compounds (based on carbon chains or rings). However, these robots were still on the path to 'independence'. Before running each new reaction, a human had to indicate in what conditions the reaction should take place, for example, in what temperature, what catalysts should be supplied and in what solvent the reaction should take place. Then these conditions had to be provided for the robots in the machine. Searching for reaction conditions every time a new compound was needed was not an ideal situation.

That is why scientists decided to look for one universal set of conditions in which the largest range of Suzuki reactions could take place. The idea was to produce very different chemical compounds or run multi-stage reactions without changing the conditions.

Professor Burke emphasises that general reaction conditions are crucial for the automation of chemistry. This, in turn is important for the democratisation of molecular innovations.

Finding universal conditions for a large group of reactions is a difficult task. Professor Grzybowski (from Allchemy Inc., the Institute of Organic Chemistry of the Polish Academy of Sciences and UNIST in South Korea) told PAP - Science in Poland that general reaction conditions are known for three reaction classes: synthesis of peptides, nucleic acids and polysaccharides. Thanks to the discovery of these general conditions, chemists can design entire fragments of DNA or proteins - even ones that do not exist in nature - and the machines will efficiently produce these compounds without even 'asking' how to do it (these are ideas for which two Nobel Prizes were awarded ).

Now a situation arises for Suzuki reactions. “A lab has already been established at the University of Illinois where students come up with what organic compound they want to obtain, press the button, and the next day they get a vial with a substance they wanted to get - because a robot has connected the available +chemical blocks+ into the desired compounds,’ says Grzybowski.

He adds that thanks to this solution, work on the chemical synthesis of new relationships is shortened from weeks or months to hours.

The way the team was searching for universal reaction conditions was extremely innovative: robots and artificial intelligence were harnessed.

“We used an AI module designed by my team - Allchemy, which predict reaction conditions - it suggests how to select catalysts or a solvent to produce a product from the given substrates,” Grzybowski continues.

The robots ran over 500 such reactions. As a result, the AI developed a good sense of which reaction conditions were beneficial for very different systems.

While the efficiency of chemical reactions invented traditionally by the best specialists was at 25%, the AI and robots achieved over 50 percent efficiency. This, says Grzybowski, is a big difference.

When asked whether this solution would lead to the development of robots capable of producing various compounds on request, for example anti-cancer drugs, Grzybowski says that this is one of the ideas behind his project financed by DARPA.

According to Professor Marty Burke, AI-controlled closed loop process used to make this discovery can now be used to solve many other difficult problems. The combination of this approach with automated modular synthesis can enable the discover of new functions of particles by experts and laymen.