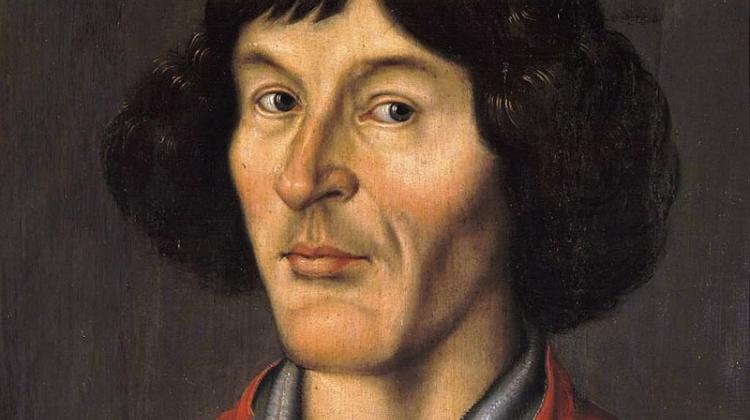 “Finding new sources about Copernicus, or the works of Copernicus himself, is not impossible. The thing about sources is that they can be lost and yet still exist,” historian and philosopher of science, Professor Michał Kokowski told PAP. The coming year, by the decision of the Senate, will be the Year of Nicolaus Copernicus.

Polish Press Agency: In your opinion, are there any other source materials concerning Nicolaus Copernicus that we do not know? If so, where could they be?

Professor Michał Kokowski, Institute of the History of Science of the Polish Academy of Sciences: The thing about sources is that they can be lost and yet still exist. They just need to be found. It's not impossible at all. Let me give you examples of sources we are looking for: in the years 1515-16, Copernicus wrote the treatise 'Calendar Reform' and sent it to Rome - this work disappeared. In 1533, he wrote the 'Treatise on the Comet' - we do not have it, nor do we have the 'Astronomical Almanac for the Year 1536'. Copernicus sent this 'Almanac...' to Wapowski in Kraków, it was supposed to be published in Vienna. Wapowski died, the work was lost, the manuscript was not published. We are also looking for sources written by people associated with Copernicus. Georg Joachim Rheticus supposedly wrote a biography of Copernicus, mentioned by a friend of Copernicus, bishop Tiedeman Giese - this biography has not been found. Giese himself wrote a thing in defence of Copernicus and that his 'De revolutionibus' did not contradict the Holy Scriptures. We don't have that work either. Is there a chance to find these sources? Or are they irretrievably lost? Quite recently, in the last few decades, new sources have been found: an inventory list of the Olsztyn castle, written by Copernicus. Copernicus' notes written on the margins of books have been found in the Hossianum library in Olsztyn, so there is a chance of finding documents written by Copernicus now, in the present times. Since we have not found these sources yet, we cannot claim that they have been definitively lost. We just have to be able to find them.

PAP: Do we have a chance of finding the works you mentioned? Since we are looking for the works of Copernicus and the works of people associated with him, these sources may be in libraries all over Europe.

Professor Michał Kokowski: Yes, we have to look all over Europe, and maybe also in America, because Americans like to acquire valuable book collections. Several dozen years ago, Rheticus' work on Copernicus was found in the Netherlands; he wrote about the consistency of Copernicus's science with the Holy Scriptures. Finding Rheticus' work shows that there is still a chance to find new sources. Finding them in thousands of uncatalogued books is a huge undertaking. Chance is always helpful, maybe someone will stumble upon something. But it would be good to carry out research, queries, because there is still a lot of material stored in archives and libraries that have not been researched.

PAP: What would you particularly like to learn about Copernicus from the sources? What interests you the most?

Professor Michał Kokowski: I would have to go back in time to ask Copernicus himself a few questions. I would like to ask him what works he used in his work on 'De revolutionibus' and why he did not mention them? I am interested in the relationship between Copernicus and Buridanism. Buridanists, scholastics, are the continuators of Aristotle's thought. They claimed that the Earth could move and - it was a hypothesis - it could make all sorts of movements. I am interested in what works of the Burdanists Copernicus read and where he got this information, exactly from which page of a given work. I would like to know whether he read these books in Kraków or in Italy? I would like to know why he did not mention Rheticus in 'De revolutionibus', although it was thanks to him that this work was published? I suspect that the reaseon may have been that Rheticus was a Protestant, and at that time there was a struggle to defend the Catholic faith. But I would like to find that out from Copernicus himself.

PAP: What kind of person was Copernicus, in your opinion?

Professor Michał Kokowski: Brilliant, unquestionably brilliant. Copernicus evokes passion in people to this day, because he changed the view of the world. We, humans, live not only in material space, but also in spiritual and intellectual space. All these spheres form a general human cosmology - an image of the world. From ancient times, until the times of Copernicus, this image of the world was integrated with culture, with religion, fine arts, and in each of these areas the Earth was at the centre of the world. There were many interesting paradoxes in this perception of the world, because as it turned out, in the Christian world, in its very centre, there was hell. Only in the sky was there a more perfect world, the divine world. Copernicus destroyed this image of the world - he threw the Earth out of the centre and replaced it with the Sun. This caused a change of frame of reference - the Earth +jumped+ into the sky, and the Sun replaced it in the centre. This shattered the mental stage in which life had been going on for ages. It caused a shock. It not only led to the development of physics, gravity, gave rise to the sciences of Kepler and Newton, but also influenced philosophy. Thanks to Copernicus, the human world has grown enormously, Copernicus himself wrote that the world is similar to the infinite. At this point, man had to redefine himself.

PAP: Based on this, Copernicus should also be considered a philosopher.

Professor Michał Kokowski: Yes, Copernicus was certainly also a philosopher. The sciences have a whole sphere of hypotheses, assumptions that are not exact, mathematical. They underlie the model of explaining phenomena. Then, as we measure and research, we verify the hypotheses. But this process is endless, because there is always the possibility of formulating more and more general theories postulating new hypotheses.