Biologists from Lodz are working on breaking drug resistance of cancer 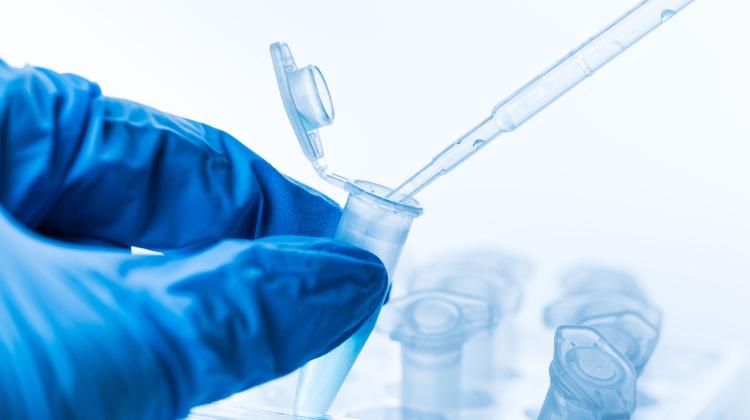 Scientists from the Faculty of Biology and Environmental Protection of the University of Lodz are conducting research to break the drug resistance of neoplasms. This approach may translate into an improved effectiveness of chemotherapy.

The objective of the research conducted under the supervision of Dr. Agnieszka Robaszkiewicz is to break multidrug resistance, which means that cancer cells become resistant to the effect of drugs. Each subsequent round of chemotherapy increases the likelihood of multidrug resistance. The main problem is that resistance is a broad-spectrum phenomenon, that is, it is not about the resistance only to the drug the patient has been treated with so far, but also to a whole range of other drugs

Dr. Robaszkiewicz said: “We are trying to deprive cancer cells of one of the defence mechanisms that are responsible for the formation of the multidrug resistance phenomenon. In the scientific literature numerous defence mechanisms in relation to cytostatics have been described. One of these is the presence of proteins called ABC transporters in the membrane of the cancer cell. These proteins remove from the cell the drug which it is attacked with. One mechanism for cancer cells to acquire resistance is to increase the amount of ABC proteins in their membrane. The more the ABC proteins, the more drug is removed from the cell and the weaker its effectiveness.”

She added: “We are trying to inhibit the transcript formation. If we are successful, there will be no protein that would later end up in the membrane of the cancer cell. We administer compounds that inhibit the formation of proteins at the first stage and then after several tens of hours we observe a decrease in the number of proteins in cell membranes, which makes the cancer cell more vulnerable.”

This, however, is only one of the defence mechanisms of the cell. The tested compounds can be used in these types of neoplasms, where overexpression of ABC proteins is the main mechanism of resistance.

Robaszkiewicz continued: “We have managed to find two compounds that inhibit the formation of these proteins and increase the flow of drugs inside the cell in cells resistant to various types of chemotherapeutic agents. This increases the toxicity of drugs, which can translate into increasing the effectiveness of chemotherapy in patients.”

During the two-year study, the effect of the substance has been confirmed on models of triple negative breast cancer, mainly treated with chemotherapy, and non-small cell lung cancer, the advanced forms of which are also treated with chemotherapeutic agents. The examined method may also prove effective in case of other types of cancer, but further research is needed.

The work of scientists from the University of Lodz will continue for one more year.

Dr. Robaszkiewicz said: “We have produced two compounds that work on a cellular model. Now we are starting the stage of research on an animal model. First of all, we need to examine whether these compounds are not dangerous for the patients, how they affect the heart, liver or kidneys and how they are removed from the body. For now, there is no indication that they can negatively affect the work of the main organs. Based on what we already know, we do not expect these substances to cause additional side effects, but it needs to be carefully checked."

The study 'Breaking the multidrug resistance of cancers at the genome level' is financed with a grant awarded by the National Centre for Research and Development in the Lider 10 competition. The Lodz team received PLN 1.35 million.