Warsaw University of Technology students near completion of work on PW-Sat3 satellite; launch in 2024 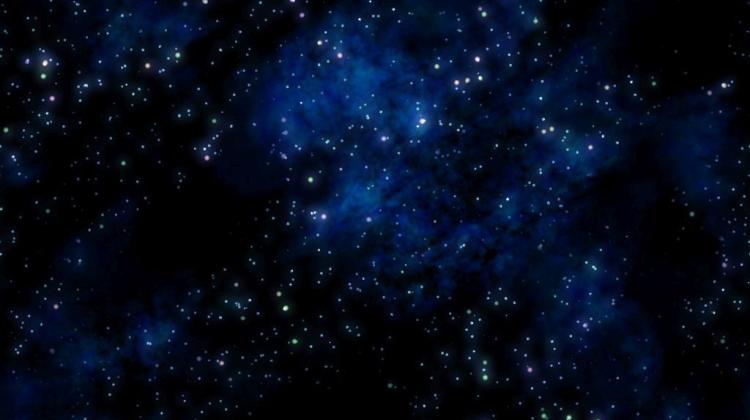 Students at the Warsaw University of Technology are expanding the family of satellites that test various ways of solving the problem of 'space junk'. PW-Sat3 is scheduled to be launched in early 2024. Its task will be to test the drive, thanks to which the satellite will burn up faster in the atmosphere.

The students have already launched two satellites into space. In February 2012, the first Polish artificial satellite PW-Sat was launched into orbit. Its mission was continued by PW-Sat2 launched in 2018. For several years, members of the Students' Space Association at the university’s Faculty of Power and Aeronautical Engineering have been working on another satellite - PW-Sat3.

According to PW-Sat3 project coordinator Magdalena Mącik, the latest satellite is largely a continuation of the tasks that accompanied the constructors of previous PW satellites. It is designed to test solutions useful in the fight against space junk.

“Our goal is to accelerate satellite deorbitation, i.e. to shorten the time of its stay in orbit as much as possible, so as not to clutter it up when the satellite is no longer needed,” says Mącik. “Our previous satellites had a deorbitation tail, a deorbitation sail, and now we have a propulsion system that will allow us to perform several manoeuvres in orbit. Once all side experiments are performed, deorbitation will take place, which means that we will use the rest of the fuel to lower the orbit so that the satellite can burn up in the atmosphere as soon as possible.”

The process of disposing of space junk, i.e. objects that remain in orbit after completing their mission, remains valid and important. These objects threaten other active satellites (because they can no longer be controlled), as well as, for example, astronauts on the International Space Station. Even PW-Sat2, which is only a nanosatellite, was at risk of a collision during its 20-day mission. Such situations are much more common for larger satellites. According to the European Space Agency estimates, at the end of 2017 there were almost 20,000 pieces of space debris that could not be controlled in Earth orbit, with a total weight of over 8,000 tons.

Scientists around the world are working on solving this problem and looking for ways to both remove existing space junk, and prevent the formation of new debris in the future.

One such solution for small satellites may be a butane warm gas propulsion developed by Warsaw University of Technology students, which will enable orbit maintenance manoeuvres and, ultimately, deorbitation. Students hope that PW-Sat3 will be the first Polish satellite with its own propulsion designed from scratch.

“We will be able to control the propulsion system by sending individual commands at the right moment,” explains Mącik. She adds that the satellite control algorithm prepared by the students is also of great importance, saying: “We will control the satellite's orientation in space. We are writing our own algorithms for this. The two previous PW-Sat satellites did not have this.”

PW-Sat3 will also have a camera to take images of the Earth and a horizon sensor that will determine the spatial orientation of the satellite with high accuracy. It will also be larger than the previous ones, measuring 10x10x30 cm.

“We are currently at the stage of environmental and durability tests of the satellite, and more specifically its structural and thermal model. This is not the final version yet, but one of the late ones,” says Mącik.

The launch of PW-Sat3 is planned for the beginning of 2024, but the company and rocket that will take it into space have not yet been determined. “The cost of building a satellite of this size and its launch is about PLN 1.5 million. The launch itself is PLN 0.5 million,” says Mącik. Students obtained funding from the university and the Ministry of Education and Science, as well as companies with which they cooperate in the satellite construction project.

The first student satellite from the Warsaw University of Technology was also the first Polish artificial satellite launched into space. Its task was to test flexible photovoltaic cells and check the deorbiting system. During the mission, there were problems with insufficient energy and communication with the satellite. The planned experiment of releasing the deorbitation tail was not carried out. The satellite deorbited in October 2014.

Its mission was continued by PW-Sat2. Launched from California (USA) in early December 2018. It was launched into orbit by SpaceX's Falcon 9 rocket. The main task of the satellite was to test the deorbitation sail technology. The idea was to look for a way that would allow for a faster removal of an inactive satellite from orbit. The mission was successful. At the beginning of 2021, as planned, it completed the mission, during which it tested the deorbitation sail that shortened the orbital time of the satellite from over 20 years to several months. It also took thousands of images and collected a lot of data that are still being analysed.

Scientific papers are created during the construction of satellites, which are then published and presented at scientific conferences. It is also an extremely valuable experience for students. “The satellite is built in accordance with the European Space Agency standards. It must meet all the requirements in order to be launched into orbit. This gives us a lot of practical experience. It is very well perceived in the labour market. Many members of our project work in space sector companies that come to us and want to work with us,” Mącik says.