Get rid of race category in medicine, say researchers from universities of Adam Mickiewicz and Jagiellonian 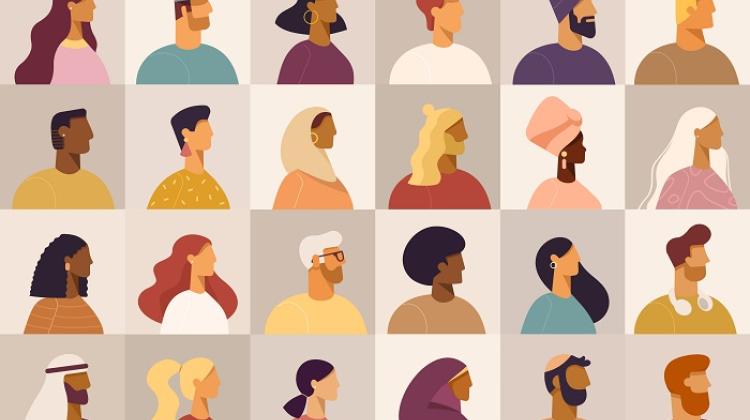 Scientists have proposed that the categories of race and ethnicity be replaced in medical literature as they are often imprecise and unjustified which could lead to errors in data interpretation.

Philosophers Dr. Joanna Karolina Malinowska from Adam Mickiewicz University and Dr. Tomasz Żuradzki from the Interdisciplinary Centre for Ethics of the Jagiellonian University (INCET) said: “Although the categories of race and ethnicity are used in biomedical research and medical practice, for example, in epidemiological, genetic, pharmacological research and in diagnostics, it is increasingly being argued that racism, rather than race, is what drives major disparities in health.

“Therefore, the use of the categories of race and ethnicity in medicine should be abandoned and replaced with the concept of racialisation.”

They added that although the European Union does not require collecting data on race or ethnicity (and in some countries collecting such information is even illegal), the European Medicines Agency, which evaluates medicinal products, has used ethnoracial categories in recent years even more often than its American counterpart.

The scientists said: “Ethnoracial categories are very often used in research imprecisely and without any justification, which can lead to misinterpretation of data, negatively affect the diagnostic and therapeutic processes, and reinforce racial stereotypes.”

In their paper published in the journal Medicine, Health Care and Philosophy, the researchers analysed 119 scientific papers on COVID-19 that included the terms 'race', 'ethnicity' or 'racial' and 'gene', 'genetic' or 'genomic'. They reconstructed the theoretical assumptions about ethnoracial categories and noticed that most of the analysed publications did not provide any definitions of race and ethnicity, and that these categories were used to describe a wide range of issues (from genetic differences, physiological differences, to social inequalities and cultural differences).

The researchers distinguished five different approaches to ethnoracial terms that appeared in the examined papers and labelled them as (a) folk, (b) demogeographic, (c) socio-cultural, (d) multileveled and (e) institutional.

They also noticed that although there are more and more arguments for the fact that the category of race is strictly socio-cultural (and dividing people into races based on their appearance is not biologically justified), in about 60 percent of the examined publications, this category referred to alleged genetic differences between representatives of different populations.

The scientists said: “In the most extreme cases, the authors of the examined papers speculated that the differences in the course of COVID-19 in patients representing different ethnoracial categories could be due to some yet unrecognised genetic differences between these groups. Such speculations concerned, for example, the fact that COVID-19 mortality among African Americans was much higher than the US average.”

Dr. Malinowska and Dr. Żuradzki found that the category of race was increasingly being replaced by researchers with the term ethnicity, although that term also referred to alleged genetic differences. According to the authors of the article, this is a very disturbing trend that leads to the biologisation of ethnicity, i.e. giving it a biological significance.

They added that the tendency to biologise ethnoracial categories in genetics and genomics can be explained to some extent by the fact that researchers adopt an overly reductionist perspective, largely inscribed in the methodology of genetic research. In this situation, many health differences are interpreted as results of genetic differences, although it would be more appropriate to treat them as the effects of racism, for example.

The researchers argue that the problem is largely due to the guidelines of American institutions, such as the National Institutes of Health (NIH) and the Food and Drug Administration (FDA), which require scientists to collect, use and report ethnoracial data in clinical trials. Dr. Żuradzki said: “We believe that such requirements may reinforce the unjustified belief that the categories of race and ethnicity are biologically significant. Moreover, these requirements also have an impact beyond the borders of the United States. Instead, we propose that researchers should justify why and for what purpose they want to use these categories in their analyses, for example by presenting a specific mechanism responsible for the relationship between belonging to a given racial or ethnic group and a given research hypothesis.”

Dr. Malinowska added: “Currently, the terms +race and ethnicity+ are understood as a whole lot of very diverse factors. We propose a departure from this terminology. We believe that racialisation is a more precise and adequate concept when examining health differences. In short racialisation refers to the process by which people are recognized (and self-identify) as belonging to a particular race.”

In their latest paper published in the journal Synthese, Malinowska and Żuradzki argue that humans can be racialised differently on several levels (phylogenetic, epigenetic, phenotypic, neuronal, environmental and socio-cultural). Factors occurring at each of these levels (e.g. transgenerational trauma at the epigenetic level, or exposure to pollution) can have various impacts on human health and should be analysed using tools and categories appropriate for a given level.

Malinowska said: “Determining which racialisation processes are important for a given study is necessary to correctly select its participants and interpret the results.”

In order to present their idea to the wider community and discuss its application in biomedical research, the researchers constructed a model of racialisation processes and discussed it with the example of hypertension.