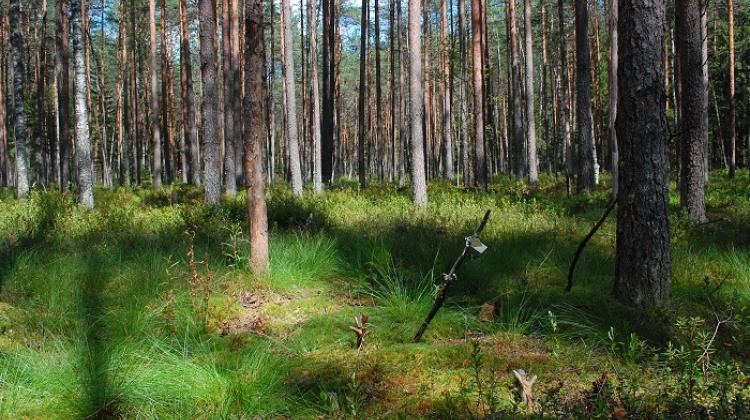 The place where the 13-metre-deep core was extracted. Credit: P.Kittel

Scientists have extracted a 13.5 m-deep core of organic deposits from the Serteya mire in western Russia, described as an invaluable source of information on the prehistory and natural history of the region.

The first conclusions from the analyses were published in the journal Antiquity. Polish researchers are among the authors.

The press office of the University of Lodz informed about the latest publication. The paper concerns one of the last studies that Western scientists conducted in Russia before the outbreak of war in Ukraine.

An international team of researchers extracted the core from the Serteya mire in Russia (Smolensk Oblast, near the Russian-Belarusian border). Thanks to this, they were able to trace several thousand years of the natural history of this area and describe the human impact on the environment.

Professor Piotr Kittel from the Faculty of Geographical Sciences of the University of Lodz told PAP Science in Poland: “Palaeoecological studies of this core are at an early stage. Therefore, we are not able to draw far-reaching conclusions yet.” But he added that in the long term the analyses will make an important contribution to the discussion on global climate change.

It was also possible to read from the core that until at least 4,000 years ago, the area was not cultivated. Probably around 3,000 years ago people started grazing animals in that area.

When asked about the greatest surprise, Kittel pointed to the length of the core because the mire covers only a few hectares. He said: “This allows for high resolution of results. High-resolution and multi-indicator palaeoenvironmental reconstructions are still not available for Eastern Europe.”

Further studies of the core are planned, including palaeobotanical, palaeozoological and geochemical analyses.

This is not the first core extracted by this team of scientists in the area.

Little said: “One of the goals of the current project is to compare the reconstruction results obtained for the old (valley bottom) cores and the new long (upland) core.”

He added that if the data from several cores are consistent, this will indicate environmental changes of at least a regional extent.

The latest core was extracted in four parts in 2017. One of them is located in Łódź, where it is stored in a refrigerator at the Faculty of Geographical Sciences of the University of Łódź. The remaining parts were transported to St. Petersburg, where they were divided into samples that were sent to specialists from Poland, Russia, France and Switzerland. Further analyses are underway.

Professor KIttel said: “The political situation after the outbreak of war in Ukraine naturally does not make our work easier, but a trip to the Russian Federation is not necessary at this stage to carry out the project assumptions.”

The research is carried out under a grant awarded by the Polish National Science Centre.