Earth
This text can be copied
Anna Ślązak 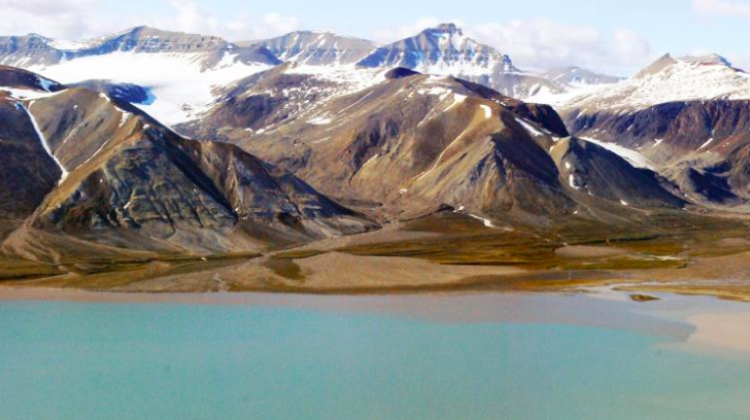 The melting of glaciers in the Arctic carries a real revolution. We know more about the sensitivity of the coast of Spitsbergen to climate change and the associated geological changes thanks to the observations of researchers from Poland and the UK.

The publication summarizes several years of research on the coasts of Spitsbergen, and more specifically - their exceptional sensitivity to climate change.

In their research, the scientists focused on the Svalbard Archipelago, located at the point where the northern part of the Atlantic and the Arctic Ocean meet. They were particularly interested in the Billefjorden fjord, located far from the open coast of Spitsbergen - and the small Ferdinand glacier. Currently, its head is more than 2 km away from the coast, 1600 meters further than in the 1930s. During this period, the glacier lost as much as 60% of its surface! This process has been accelerating, especially in the last 30 years, notes the research team leader, Dr. Mateusz Strzelecki from the Institute of Geography and Regional Development, University of Wrocław. "Since the end of the 1980s it`s a real disaster. This baby glacier retreats at an alarming rate!" - he emphasises.

The recession of the glacier is a direct consequence of temperature increase and smaller snowfall. And while the recession itself is quite impressive, geographers are more interested in its consequences: the Svalbard landscape changing from glacial to paraglacional and related mechanisms and processes that move sediments from one landform to another.

Together with his research group, Dr. Strzelecki checked what happens to the sediments released from the glacier. How quickly they are blown by the wind, washed away and moved towards the coast and modified by the forces of nature: glacial rivers, landslides and wind. Are the processes effective enough to transfer rock material from the melting glacier to the fjord coastline in the central part of Spitsbergen?

"It turned out that even in the deeply cut Billefjorden fjord, with a small glacial system that releases sediments - processes run very effectively, resulting in a new coast with a full range of forms" - says the geomorphologist.

"It seemed that the changes would not be so fast. But we are already seeing them even in this part of Spitsbergen" - he adds.

To better understand Spitsbergen`s reaction to climate change, scientists have been observing the glacier and the coast for 10 years. They also looked at previous studies of the island`s coastline system. They used aerial photographs taken in this part of Spitsbergen since the 1930s.

The researchers combined data from observations of two types of coasts. One of them includes the fjord systems cut off from the ocean in the central part of Spitsbergen, where the climate is more continental, it is drier, the glaciers are smaller. They too are melting, but the sediments coming from under them have a relatively long way to travel before they reach the fjord. The second set of data concerned the long-term observation of Polish researchers on the west coast of Spitsbergen. The climate there is more oceanic, and the glacier systems are bigger and "work" quite differently because they are attacked by strong storms and there is no ice that could protect these coastlines.

"There are no storms in the interior, and the climate is much drier. In the huge, heavily indented fjords, like Billefjorden, Van Mijenfjorden, Dicksonfjorden, the terrain is more varied and richer than on the west coast, where anything that reaches the shore gets either scattered by storm waves or destroyed by a charging glacier" - says Dr. Strzelecki.

The research team leader emphasizes that American, British and German teams - leaders in the study of the Arctic coasts - usually focus on sections of the coasts in Siberia or Alaska, where the long-term permafrost dominates, and which erode faster. "But when it comes to researching the coasts of the so-called High Arctic, or rocky archipelagos located in the European and North American Arctic - we still have blank spots in our knowledge. There was no information on how the coasts where glaciers are still present react to climate and landscape changes" - he says.

Observations such as those carried out on Spitsbergen also allow to predict the possible reactions of the glacier to future environmental changes. "We now live in a warming period, but if we reverse the scenario, we can see what will happen when the climate cools down. If the glacier begins to develop again - it`s good to know if the sediments before its head will have washed out, cleaned - and it will be moving on a hard rock, which will make its progression more difficult. Or rather, after the last glaciation there are still sediments in the valley, on which it may slip" - said Dr. Strzelecki.

The small valley glaciers of Spitsbergen, the Canadian Arctic Archipelago and the Greenland Fjords are now considered to be among the most sensitive indicators of the polar environment response to global warming.