Researchers will study pixies in the high layers of the atmosphere 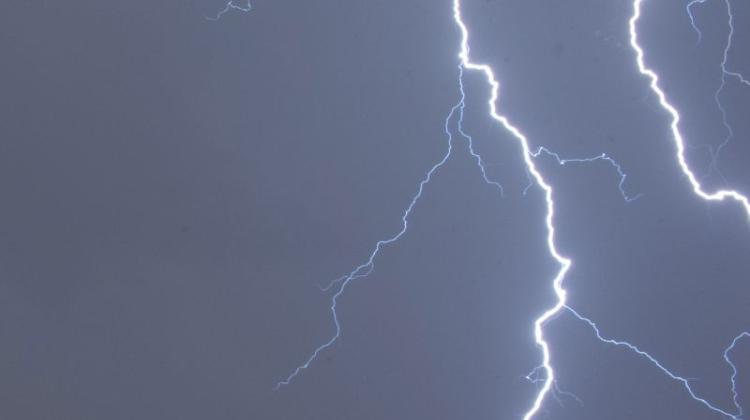 Discharges in the high layers of the atmosphere, known as elves, dwarfs or pixies, will be the subject of research of an international team of scientists. In 2016, researchers will place a special device - ASIM - on board the ISS to record the phenomena of this type.

The ASIM - Atmosphere-Space Interaction Monitor - experiment was designed by the European Space Agency. Scientists involved in the study include researchers from Norway, Denmark, Spain. Space Research Centre of Polish Academy of Sciences is one of the Polish institutions involved in the project. International team will study discharges occurring in the high layers of the atmosphere.

"Such discharges - known as elves, gnomes, dwarfs, pixies - are visible from high orbit, from airplanes flying high enough and from the tops of high mountains" - told PAP Dr. Piotr Orleański from the Space Research Centre PAS.

Their most distinctive feature is that while they accompany storms on Earth, they occur high above the clouds and instead of downwards, they extend upwards. "The first such effects were observed decades ago, but they still remain a mystery. The origin of these phenomena, their course and interaction with the whole atmosphere remains unknown" - added Dr. Grzegorz Brona, CEO Creotech Instruments, which also participates in the ASIM project.

Dr. Orleański noted the primary objective of the international team is to examine the physics of the phenomenon. It can provide a lot of practical information about the ionosphere, the layer of the atmosphere located 50-60 km above the Earth\'s surface and containing virtually only ionised particles of atmospheric gases. "We are interested in all the characteristics of the ionosphere, because they affect, among others, the propagation of radio waves" - explained Dr. Orleański.

"Until now, in order to study such phenomena, you could climb a high mountain, wait until the clouds gather below and watch the discharges. You could also fly the plane and hope to see something. Photos of these phenomena are of course already available, but it is not a study. The idea is to do it gradually, comprehensively and design the experiment so that it is not accidental" - described the researcher from the Space Research Centre PAS.

The Space Research Centre PAS already participates in two experiments designed to study discharges in the high layers of the atmosphere. One is the French satellite TARANIS, built specifically to observe this type of discharges. The second is the set of equipment that will be placed on the International Space Station.

The ASIM experiment will consist of several cameras taking photographs and advanced spectrometer/X-ray and Gamma telescope. "The equipment will be located in the European part of the International Space Station - the Columbus module. On the outside of the unit there are special platforms to accommodate instruments of this type" - explained Dr. Orleański.

Specialists from the Space Research Centre are building a power supply for the spectrometer. Creotech Instruments is responsible for the installation of this power supply unit. Researchers from Norway have prepared spectrometer detectors, Danes built an on-board computer, and the Spaniards - mechanical components.

The equipment will be transported to the ISS in the transport module Dragon carried by the rocket Falcon. The launch is scheduled for the end of 2016. "The assumptions are that the study will be conducted over several years. However, life teaches us that the experiments designed by ESA tend to continue for much longer than expected" - said Dr. Orleański.