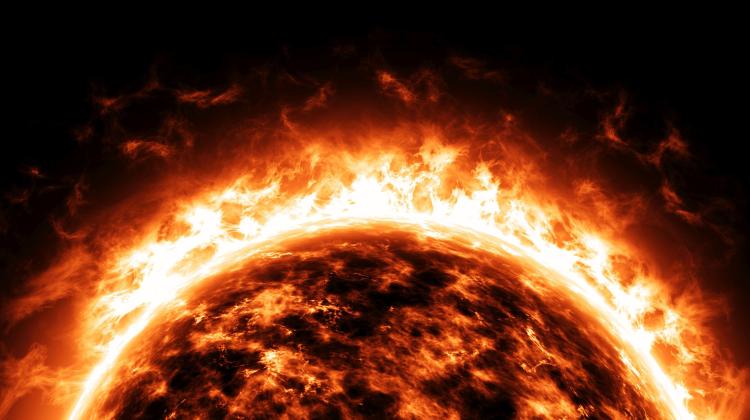 The design of the GLOWS photometer (an instrument for solar wind research) prepared by the Space Research Centre PAS, passed the Critical Design Review accepted by an international group of specialists.

Now the Polish team can start building the device developed as part of a NASA research mission.

GLOWS (GLObal solar Wind Structure) is a photometer that will investigate the fluorescent hydrogen heliospheric glow in the Solar System. The data obtained with the photometer will make it possible to examine the global heliolatitude structure of the solar wind and the distribution of interstellar hydrogen in the interplanetary space.

The GLOWS experiment is part of NASA's research heliosphere mission. The IMAP (Interstellar Mapping and Acceleration Probe) mission assumes that in 2025 the SpaceX launcher will transport the IMAP research satellite to orbit. It will be equipped with ten scientific instruments, one of which - GLOWS - is being created at the Space Research Centre PAS.

Experts came to Warsaw to evaluate the GLOWS photometer design. They included specialists from the Johns Hopkins University, NASA and Southwest Research Institute. ‘

The Space Research Centre PAS said: “We have hosted iCDR (Critical Design Review) in CBK PAN in Warsaw. Progress of our instrument development has been evaluated by a review team from the US. After 2-days of very detailed presentations, we can start building flight model!”

Professor Maciej Bzowski, head of the group working on the GLOWS instrument and experiment said: “As the name suggests, Critical Design Review is a critical moment for the space mission. We had to demonstrate before great specialists that the instrument’s design is fully mature technically, that we had not made design errors, and the very advancement of work was at a sufficient level to start building so-called qualification units, on which most tests are performed, and then the flight instrument that will be installed on the satellite.”

GLOWS is a completely Polish instrument, designed and fully built at the Space Research Centre of the Polish Academy of Sciences.

The Space Research Centre PAS said that all the IMAP probe instruments are subjected to the Critical Design Review. After the review completion, each team will receive comments and additional guidelines that will have to be implemented. After their fulfilment, NASA will review the entire IMAP project and the construction of qualification and flight units will begin.

Professor Bzowski said: “We have one year to build and test the entire instrument. The flight unit, one intended for integrating on the IMAP satellite, must be sent to the Applied Physics Laboratory (APL) at Johns Hopkins University at the turn of 2024. The mission launch is scheduled for February 2025. Which means that NASA will have one year to integrate all 10 instruments on the satellite and test the whole project.”

The Space Research Centre PAS is responsible for the entire GLOWS process, from submitting an experiment proposal, the design and construction of the instrument, to the analysis of collected data and scientific conclusions. The GLOWS instrument is being built by a team of engineers from the FPGA Systems Satellite Applications Laboratory, Photonics and Micromechanics Laboratory and Satellite Robotics and Mechatronics Laboratory of the Space Research Centre PAS, led by Dr. Roman Wawrzaszek, chief project engineer.

As part of this work, the Polish team will build a part detector with a specially designed optical system, electrical power supply, the instrument's computer with software, and the necessary ground support and testing equipment and scientific software. Scientists from the Solar System Physics Team and Astrophysics Team at the Space Research Centre PAS are responsible for the scientific part of the project. The project manager is Karol Mostowy.

The Ministry of Education and Science allocated PLN 16 million to the construction of the instrument and conducting the GLOWS experiment (years 2021-2026).

The IMAP mission is created by the international scientific team led by Professor David J. McComas from the Princeton University, and the implementation of the project is coordinated by Applied Physics Laboratory (APL) at the of Johns Hopkins University. The Science Mission Directorate's Heliophysics Division coordinates the mission on behalf of NASA.

The members of the international IMAP mission consortium also include APL, MIT, Caltech, JPL/NASA and several other research and university centres.