Students from Kielce win the Mars rovers competition in the US 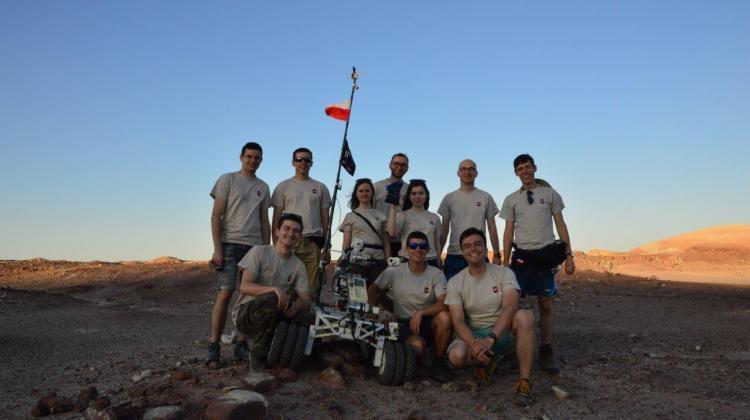 The Impuls team from Kielce University of Technology won the international competition of Mars rovers - University Rover Challenge, which ended in the United States.

University Rover Challenge (URC) is a prestigious international competition of Mars rovers built by students. It takes place in the American desert in Utah, near the Mars analogue habitat MDRS. Student rovers have a number of tasks to perform.

36 teams from ten countries took part in this year`s competition. As the organizers announced on the competition website, the winner was the Impuls team from the Kielce University of Technology, which scored nearly 363 points. In last year`s competition, the team took the third place. The second place in this year`s event went to the Ryerson Rams Robotics team representing the Ryerson University in Canada. The team from Ryerson scored 329.5 points. The third place on the podium was taken by the American team Stanford Student Robotics from the prestigious Stanford University. The American students scored over 323 points.

Seven other teams from Poland also took part in the competition. The best among them were last year`s competition winners, students from the PCz Rover Team, representing the Częstochowa University of Technology. According to the scores on the contest website, they took fourth place with over 312 points.