Siberian peat bogs in the shadow of climate change

Spread across millions of hectares, Siberian peat bogs have been strenuously storing carbon for thousands of years, absorbing CO2 from the air. But because of global warming, instead of accumulating carbon dioxide, these areas begin to quickly release greenhouse gases - not just because of fires.

The peat bogs and forests of Siberia became a hot topic when catastrophic fires began to destroy them. The situation is dramatic: millions of hectares of taiga and peat bogs are burning. Fire has also began to spread to the northern Siberia in the Arctic.

"The critical point related to the water level in peat bogs and forest soils has been crossed. Because the soil is extremely dry, peat and forest litter ignite naturally or due to arson" - says peat researcher Prof. Mariusz Lamentowicz from the Adam Mickiewicz University.

The risk of fire in peat bogs is growing with global warming, he points out.

UNDERSTAND THE CHANGES IN PEAT BOGS

The scientist studies wetlands of West Siberia together with Dr. Michał Słowiński from the Institute of Geography and Spatial Organization and Dominika Łuców from the Adam Mickiewicz University. Researchers investigate how peat bogs respond to climate change today, and how they did in the past.

The objectives of their palaeoecological research include a better understanding of the dynamics of historical fires of Siberian peat bogs and forests. For example, scientists want to know the frequency and strength of fires in relation to changes in water levels in peat bogs. "This will allow to determine how far we are from the natural fire variability in Siberia" - explains Prof. Lamentowicz.

However, fire is not the only climate change-related threat to peat bogs.

To better understand the problem, it is worth looking at satellite maps of Siberia. They show huge uninhabited areas with picturesque lakes. Peat bogs stretch between them - wetlands inaccessible to people. These areas are annexed by mosses, lichens, peat vegetation, small trees and thickets.

These are not human-friendly places. Not only because of the water the plants are soaked in, but also because permafrost begins shallow below the surface. And - at least until now – it has never thawed so quickly. As a result of the global warming, these areas of "eternal ice" are beginning to thaw. This is a bad sign for the peat bogs. The fragile balance between temperature and the amount of water the local fauna needs for life can be broken.

THE FRAGILE BALANCE OF CARBON STORAGE IS MELTING

"Peat bogs occupy only 3 percent of the Earth`s surface, but they store over 30 percent of organic carbon" - says Dr. Michał Słowiński. 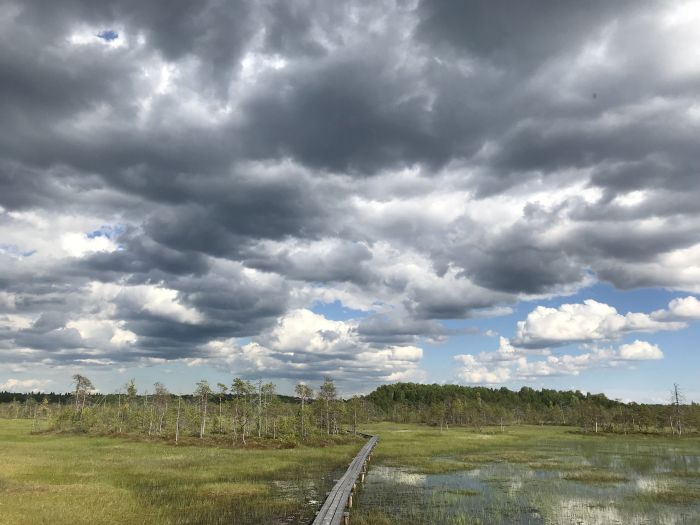 To realize how carbon-rich peatlands are, it`s enough to remember that peat is used as an energy resource: traditionally, it has been used for burning in furnaces. All the carbon found in peat bogs comes primarily from carbon dioxide, which bog plants had accumulated in their tissues. Carbon is still trapped in their remains... as long as the conditions are right.

Dr. Słowiński reports that the average thickness of peat in a West Siberiaa peat bog ranges from 1 to 7 meters. This is a huge amount of carbon that previous generations of plants managed to accumulate. But just like food storage facilities, natural carbon storage facilities also need the right conditions to store what they have been accumulating for a long time.

NOT TOO DRY, NOT TOO WET

The geographer says that a bog must not be too dry. If it is, not only the risk of fire increases, in addition organic matter is quickly "consumed" by living organisms and as a result all this carbon - so laboriously accumulated over the years by peat bog plants – is released into the atmosphere. When peat bogs dry quickly, it is said that they emit "carbon smoke". 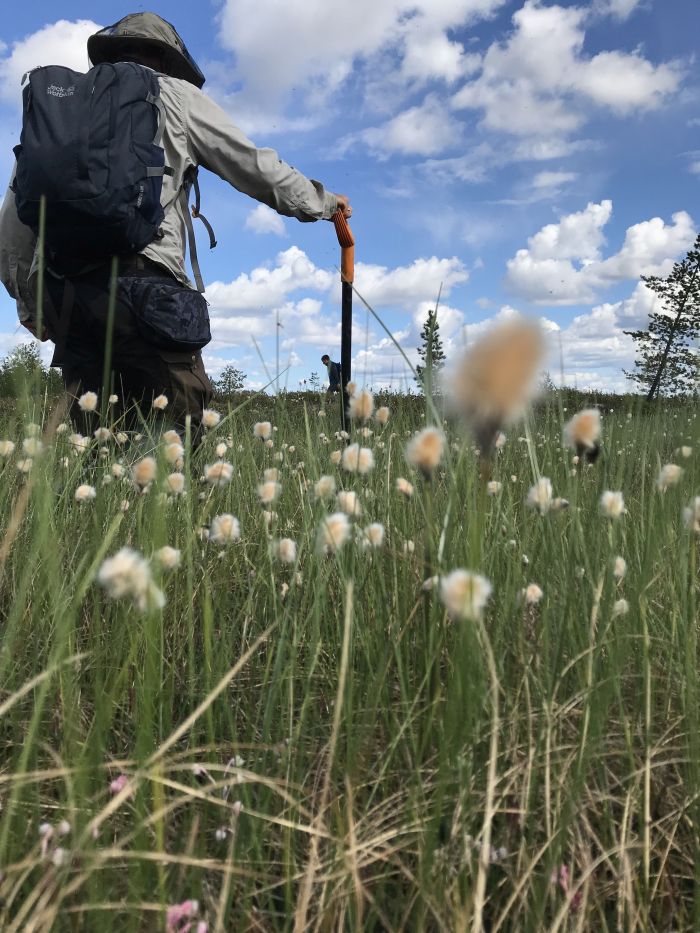 But if a peat bog is flooded, fewer plants protrude above the water surface, which reduces the amount of carbon dioxide they capture. In addition, anaerobic decay processes begin to occur under water and methane is released - a greenhouse gas that accelerates global warming even more than carbon dioxide.

Both situations mean that instead of counteracting global warming, peatlands accelerate it. "When we heat the earth, bogs in high latitudes thaw and emit carbon in the form of carbon dioxide or methane" - the geographer summarizes. 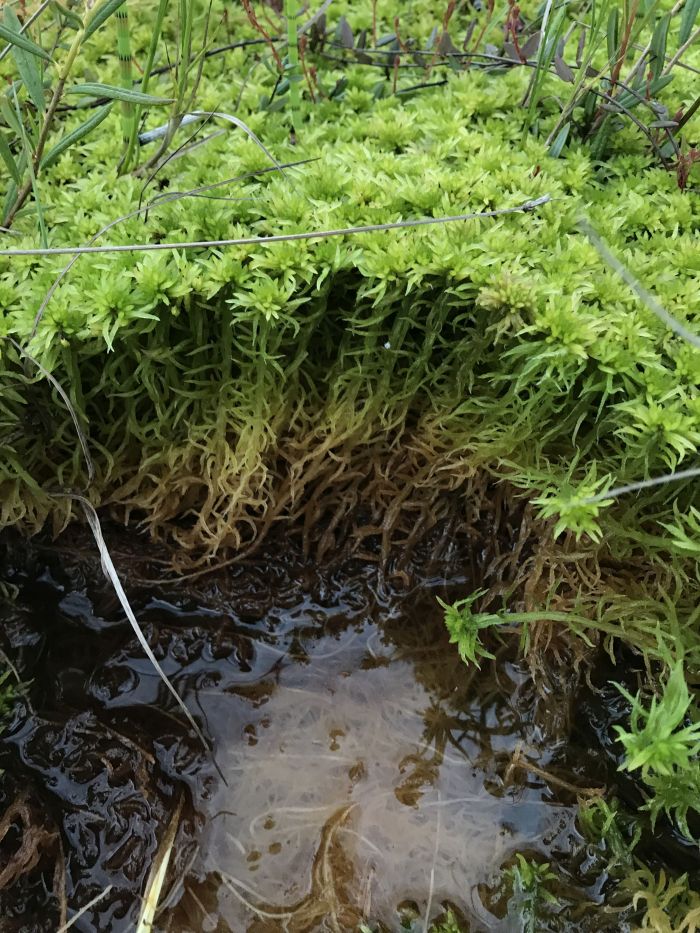 He explains that now in Siberia the changes that bogs are undergoing are visible from year to year. Permafrost is melting, the peat bogs are flooded, the lakes between them are becoming larger and merge, and many peat bogs disappear. Permafrost with peat bogs is simply degraded. "Another problem is that due to the global warming and melting of glaciers, the level of ocean waters is rising. In many places on the sea coast, peatlands will be flooded" - the scientist notes.

HOW TO PROTECT PEAT BOGS?

When asked what to do to protect the extensive peat bog areas of Siberia, Dr. Słowiński replies that these areas are too vast and too distant from civilization to attempt to carry out any work there.

"We must protect the climate so that the emissions of greenhouse gases such as carbon dioxide or methane do not increase" - he says. He adds that one of the solutions is the transition of countries to renewable energy sources.

The researcher adds, however, that also in Poland there are wetlands, peat bogs, often called swamps. "We should protect them and do everything we can to help them function as well as possible for us and for the next generations. Not only for the "climate" reasons, but also because they are simply beautiful!" - Dr. Słowiński concludes.

Peat bog research is carried out as part of the international project "PeatHOT" carried out thanks to INTERACT (International Network for Terrestrial Research and Monitoring in the Arctic) from the Horizon 2020 funds.

To better understand the problem, it`s worth looking at satellite maps of Siberia...