A new method for water and detergents recycling in laundries 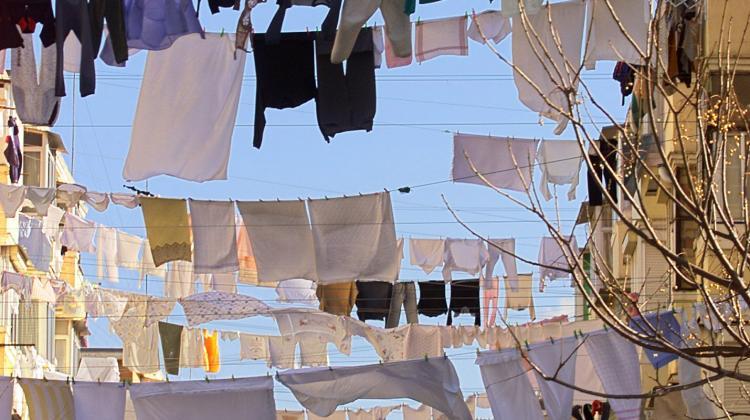 Industrial laundries use huge amounts of water and detergents. A Polish-German consortium is working on recovering most of this water and some detergents. According to the authors of the project, the idea will bring savings and reduce environmental pollution.

"Industrial laundries use up to 10 litres of water and 6 g of laundry detergents to wash 1 kg of dry textiles" - says Dr. Maciej Szwast, head of the team from the Warsaw University of Technology. He says that in laundries that wash 15 tons of textiles per day (especially hotel and hospital bedding, work and hospital clothing), daily water consumption reaches 150,000 litres, and the consumption of washing agents (washing, softening, bleaching agents) - approx. 90 kg. "Thus, a large volume of wastewater contaminated with these chemicals and everything that was on the washed textiles is generated" - the scientist notes.

A Polish-German team wants to recover most of the water used during the washing cycle, and - if possible - some of the detergents. Recovered water could return to the washing process (at the prewash stage), and detergents would reduce the amount of new washing agents used in subsequent washing cycles. The university informed about the research carried out as part of the REWARD project.

"Of course, this technology also produces a wastewater stream, but it is no longer 150,000 litres a day, only 10-20,000 litres" - emphasizes Dr. Maciej Szwast. He says that this means huge water savings for the plant, a smaller sewage discharge, and of course a great benefit for the environment.

According to the Warsaw University of Technology press release, the consortium members decided to use an integrated process consisting of membrane filtration and dipole induction.

"In membrane filtration, we use our proprietary micro/ultrafiltration membranes; these are filtration materials (in simple terms - acting as a strainer) with fraction (even a hundredth) of a micrometer holes" - explains Dr. Maciej Szwast. "Water with the compounds dissolved in it, including washing agents, flows through the membrane. Particles that are larger than the pores in the membrane are retained - in particular, particulates forming dirt, as well as fats and proteins (in particular those forming micelles with washing agents).

Thus obtained, the filtrate can be reused in the washing process.

"Dipole induction is a method known mainly in the metallurgical industry" - explains Dr. Maciej Szwast. "Here, a special design electrode gives solid particles (in the case of laundries - textile fibres or dirt particles) an electric charge, thanks to which they form larger agglomerates, which makes it easier to retain them on the membrane.

According to the scientist from the Warsaw University of Technology, membrane modules have been installed in washing machines for several years. "But they only pre-treat the water discharged into the swage system" - he explains. "It seems that we were the first to seriously address the topic of closing the water cycle in a laundry".

The project has already carried out two tests on a real industrial laundry. "These tests have shown that our purification method is effective. Additional research carried out in accordance with the German laundry industry standards showed that the quality of washing did not deteriorate when using regenerated water compared to the quality of washing with fresh water. The main objective of the project - water recovery - has therefore been achieved" - he says.

Researchers are now working on reducing the amount of laundry detergents added in subsequent washing cycles, as well as preparing economic analyses of such a solution, for both Polish and German conditions.