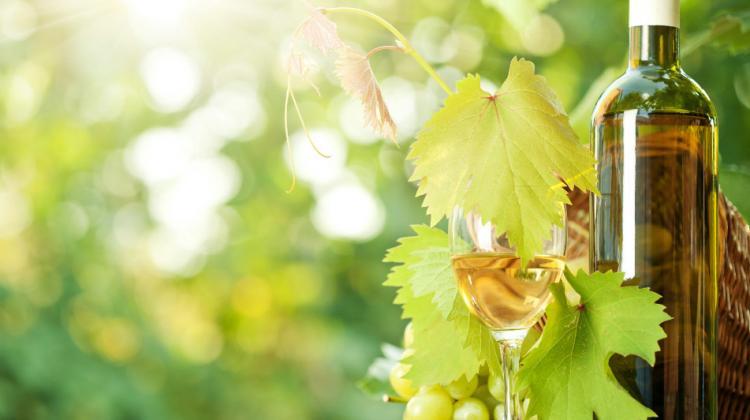 A vineyard at the University of Agriculture in Krakow has been awarded the Crown Granary quality mark.

The university’s Garlicki Lamus Winery received the award after wine tasters sampled a selection of white wines from grapes which don’t use herbicides.

Since 2013, the vineyard has been producing both red and white wine under the trade name Uniwersyteckie Grono and those that have been certified can be sold under the name of the appropriate vine variety and production year.

Dr. Przemysław Banach, who oversees the vineyard crops and production in the university winery, said: "Scientific research in the vineyard is mainly associated with non-herbicidal cultivation. Scientists assess various natural beddings that affect weed infestation, including various types of grasses. In addition, we evaluate several varieties currently recommended for cultivation in Polish vineyards.”

He added that research work also includes an assessment of rootstock and that each plant consists of an underground and above-ground part. The root system called rootstock can affect the amount of ingredients that the vine takes from the soil or its frost resistance. Scientists select the best plants to obtain the highest quality crops.

Currently, there are nearly 3,000 shrubs of 15 varieties. The first wine was produced experimentally in 2009. Commercial production of wine began in 2013.

Garlicki Lamus Winery is located in Garlica Murowana near Kraków, in the "Krakow Valley" Landscape Park. The name of the winery comes from the name of the historic building from the early 17th century. "Lamus" is the Polish word for loam house, an outbuilding near a manor. Over time, the gate building of the wooden manor was adapted to act as an outbuilding, and the gate was walled up. It was rebuilt in the 1980s.

In addition to grape processing, oenology classes are taught in the winery at the Faculty of Biotechnology and Horticulture of the University of Agriculture in Krakow. The wines are made in the basements of the old experimental cold room, where the temperature can naturally be kept at 12 degrees Celsius for most of the year. Wines ferment in modern stainless steel tanks, while smaller batches mature in glass containers.

In the 6th edition of the Polish Wines Competition organized in August by the Jasło Winemakers Association Vinum Pro Cultura and the Association of Polish Sommeliers in Winnica Dwie Granice, two white wines from the Winery of the Agricultural University were awarded. Garlicki Lamus won silver medal, Solar 2018 won bronze.