Economist: The climate is conducive to production of Polish wines 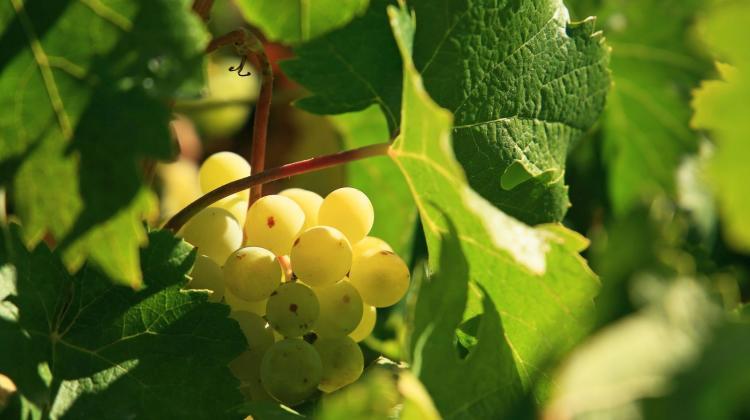 Wines were produced in Poland a thousand years ago. The current climate is also conducive to wine production, which is why Polish scientists devote a lot of research to viticulture to make it more environmentally friendly and profitable, says Dr. Mariusz Maciejczak from the Warsaw University of Life Sciences (WULS-SGGW).

The scientist reminds that winemaking was developing in Poland even before the prosperity in the times of Casimir the Great. In Sandomierz, opposite the Royal Castle, at the foot of the Dominican Fathers monastery, today there is a vineyard established in the place where grapevine was grown in the beginning of the 13th century. Over the centuries, the culture of wine production and drinking was shaped by the clergy, burghers and wealthy nobility. Wine was not only served as a dry dessert, but also added to the dishes to bring out their taste.

"Monks were granted royal privileges to sell surplus wines. Other vineyards also traded, many of them owned by burghers, operating not only along the Vistula, but also in Podkarpacie and other regions. Polish dry wine was more valued than, for example, Hungarian wine, as evidenced by historical records preserved in Sandomierz" - says Dr. Maciejczak from the Warsaw University of Life Sciences.

The economist is involved in research on innovations in grapevine growing and wine production in the context of climate change.

The scientist says that climatic conditions in medieval Poland allowed for the cultivation of vines. There was enough sunlight for the plant to produce sufficient amount of sugar for fermentation, but not enough for a sweet taste. However, culinary tastes were different then and such wine was often added to dishes, its taste and pro-health values recognised.

"The taste of wine is formed when the berries grow in the cluster of grapes. The berry accumulates more and more +juice+. If the plant has little water, not much will be drawn by the berry and the +juice+ will be thick. The content of sugar in berries depends on the sun The soil also affects the taste" - the expert explains.

He adds that centuries ago in Poland, wine was rather the drink of wealthier people, rarely consumed by the masses. It is known from Mickiewicz`s works that it was consumed in the French fashion, for dinner, and sometimes sweetened and served for dessert at noble mansions or in rich bourgeois houses. Artefacts preserved from that time include glass and crystal glasses and carafes.

At the turn of the 17th century, the climate gradually became more severe, and the difference between the harsh winter and warm summer was much more noticeable than it is now. The political situation of the 18th century also made grape growing more difficult. The import of cheaper wines from the west added to the problem. During the partitions, vineyards began to disappear from our landscape.

"The culture of wine drinking in Poland has been revived relatively recently. Like in the Mediterranean countries, wine is now more often consciously selected to improve the taste of dishes. Applications and internet forums emerge where the types of wine and their possible applications are discussed. We are increasingly conscious consumers of wine and we drink it more often. We also now more often buy for wines produced in Poland" - the economist emphasises.

The climate is getting warmer, creating conditions for the establishment of large vineyards in Poland. Farmers and other people starting such crops need information on varieties, they want to know how to adjust soil, how to fertilize, irrigate and protect plants from pests, when to harvest fruit and how to process it into valuable wines.

In order to answer these questions, as well as to expand knowledge in the field of biology and botany, scientists set up university collections. The Institute of Horticulture in Skierniewice has a rich vineyard, as does the Jagiellonian University. Agricultural and life sciences universities, including WULS-SGGW, also grow grapevines.

Dr. Mariusz Maciejczyk leads the Polish part of the international VitiSmart project financed by the National Centre for Research and Development. Researchers analyse the opportunities and risks for vineyards that the climate change brings. Polish researchers have shown that innovations and ecological solutions, which replace pesticides with natural plant protection mechanisms involving microorganisms, are profitable for vineyard owners in the long run.