In deep water! Droughts can still be expected despite heavy rainfall, says expert 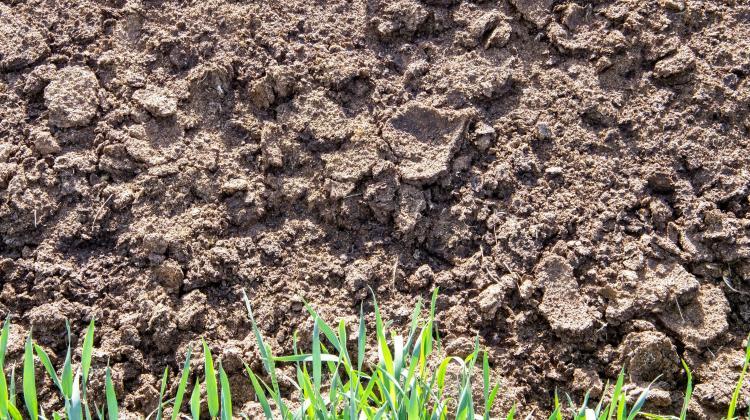 Despite the number of recent downpours, experts have warned that the threat of a drought is still very real in Poland compared to elsewhere in Europe.

Michał Marcinkowski from the Institute of Environmental Protection and chief specialist of the Institute’s Klimada 2.0 project, said that while surface water resources in Poland amount to approx. 1.6 thous. m3/year/person, the Europe average is almost three times higher (4.56 thousand m3/year/person).

Consequently, Poland's water resources are among the lowest in Europe.

The goal of the Klimada 2.0 project, therefore, is to provide necessary knowledge in the field of climate change and the assessment of its effects in order to improve the effectiveness and efficiency of adaptation measures in sectors sensitive to climate change.

Drought is a multi-stage phenomenon. Lack of precipitation or its significant limitation in the long term causes not only drying of the surface layer of the soil, in which plant roots are located, which is called agricultural drought, but also reduces the water levels in rivers below the multi-year average flow. This is called hydrological drought.

If the phenomenon persists and there is a significant decrease in the groundwater level, we are dealing with a hydrogeological drought. Then it may not be possible to use dug and shallow drilled wells.

In recent weeks, many regions of Poland have experienced heavy, often torrential rainfall. But this type of rainfall replenishes groundwater resources to a relatively small extent. Large amounts of water reaching the dry soil in a short time run off the surface instead of infiltrating the soil into groundwater.

The situation in urbanized areas is similar. They are characterized by a significant percentage of impermeable surfaces, roads, parking lots and roofs. They prevent rainwater from penetrating the ground. Thus, they significantly reduce the supply of groundwater.

Water from heavy rainfall, which had no possibility of penetrating the ground due to the soil sealing and was not drained through the sewage system (for example due to its insufficiency), quickly accumulates in depressions. This may cause so-called flash floods.

An increase in the frequency of this type of floods has been observed in recent years. This is due to climate change and the associated increase in torrential rainfall, as well as increasing areas of impermeable surface. Due to their nature, floods of this type are difficult to forecast. They often cause significant property damage, but most of all they pose a real threat to the health and life of people, says Marcinkowski.

It takes time for groundwater levels to rise. In most cases, a few days of heavy rainfall will not solve the problem of hydrogeological drought. In order to adapt to changing climatic conditions, including limiting the phenomenon of drought, it is necessary to take specific measures at various levels: government administration, local government, and by each of us.

According to Marcinkowski, with water management the most important thing to do is retain water in the most natural way possible. Thanks to this, in the dry period it can be effectively used by man and nature. It is also important to limit the area of impermeable surfaces, which significantly disrupt the natural water cycle in nature. (PAP)