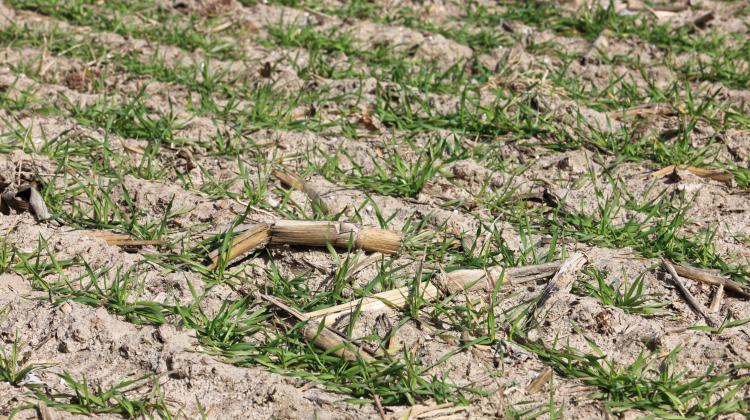 A leading climate change expert has warned that although the consequences of droughts are not immediate, they accumulate slowly and are particularly noticeable in agriculture by reducing crop yields.

Dr. Krzysztof Bartoszek from the Maria Curie-Skłodowska University in Lublin said: “Agriculture is a sector of the economy that is severely affected by the effects of progressive climate change. A special threat are increasingly common periods of water shortage, which are a consequence of drought.”

He added that on the entire planet, about one-fifth of damage caused by natural threats can be attributed to droughts that have a negative impact on agriculture, ecosystem, society and economy.

The first stage of drought is an atmospheric drought associated with rainfall deficiency in a given area.

Dr. Bartoszek said: “It is often accompanied by a high temperature, which causes a decrease in the relative air humidity. Prolonged atmospheric drought contributes to soil degradation, drying, and can transform into an agricultural drought.

“Droughts are the cause of malnutrition, hunger, diseases, and consequently death as well as depopulation and migration.

'It also makes it difficult to perform agrotechnical procedures, which leads to a significant decrease in crop yields and deterioration of their quality, and in extreme cases to plants dying. During a long  period when the water level in rivers and groundwater is low, hydrological drought can start.”

In his opinion, the negative impact of drought is particularly visible in agriculture, because warm, snowless winters and hot years are not conducive to the accumulation of water in the soil and cause its deficit at the beginning of the growing period of crop plants.

Bartoszek continued that above-average air temperatures cause a decrease in yields of many crop species. He said: “In the case of rice, which is one of the basic food products in the world, an increase in air temperature by 1 degrees Celsius is believed to cause a decrease in yield by about 10%. In Poland, a potential reduction of yield of cereal grain and root plants can reach 20 percent.

“Drought can have a critical effect not only on the natural ecosystems of our planet, but also on the change in the composition of crop species, which is why it is important for individual countries to have a functioning system of agricultural drought monitoring that provides information on soil moisture and threatened areas.”  (PAP)