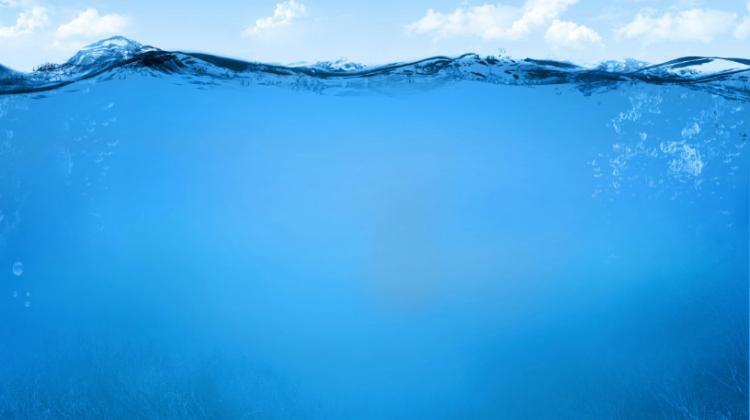 In a joint statement published by the scientists including signatories from the Polish Hydrobiological Society and the Polish Limnological Society warn of the consequences for mankind and call for immediate action to halt further damage to aquatic environments caused by climate change.

They said: “The world's aquatic resources are now under their greatest threat in human history. Human-caused climate change is accelerating the degradation of aquatic ecosystems and the services they provide. Aquatic ecosystems are among the most affected worldwide (e.g., in case of freshwater ecosystems, one measure of biodiversity, the freshwater living planet index for species populations, declined 83% from 1970 to 2014, while up to 90% of coral reefs will disappear by mid-century if the current trends continue).”

Secretary of the Polish Limnological Society Dr. Piotr Rzymski told PAP: “Water resources are critical for the survival of mankind. If we do not take decisive measures to protect them, climate change will lead to destabilization that none of us wants to witness. Mass migrations, limited possibilities of food production, heat waves, fires, conflicts over water, huge economic losses - and some of these effects are already being observed.

“We urge policymakers and the public to make concrete decisions and implement them. We need to reduce greenhouse gas emissions, but in real terms, not just on paper. The time for deliberations is over. When the pandemic broke, we could react and fight it. If we go past the critical climate changes, it will be too late to react; we will become passive observers of events that ourselves we have provoked.”

In the letter in Nature, the scientists point out that 2021 will be crucial in many respects: the United Nations Climate Change Conference in November is widely considered the last chance to unify action; the United States has elected a presidential administration on the country's most ambitious climate platform; the European Green Deal is under way; and pledges to reach net-zero emissions from China, Japan and South Korea are nearing the targets set by the 2015 Paris climate agreement.

Dr. Piotr Klimaszyk, President of the Polish Limnological Society said: “High-ranking politicians and journalists in opinion-forming media argue that scientific views on climate change are ambiguous and, confusing weather with climate, mock global warming after several days of frosts and snowfall. However, there is a scientific consensus regarding climate change and its anthropogenic causes. The vast majority of research conducted in recent decades confirms this.

“Our joint pleas by global societies of experts researching aquatic ecosystems also emphasizes that there is no discrepancy in assessing the consequences of human activity and the need for global remedial action. The available fresh water resources are shrinking, lakes, rivers and oceans are more and more polluted, aquatic organisms are disappearing, including those that are the basis of food for part of the human population.”

He added that Poland also struggles with the effects of degradation of water environments, saying: “Water reservoirs become fertilized, species and entire habitats associated with clean or cool waters disappear. They are replaced by expansive thermophilic species, including - as in the case of cyanobacteria - those that produce toxins that are harmful to humans. As a result of overexploitation, the populations of many species of fish have decreased significantly.”

Professor Włodzimierz Marszelewski, head of the Department of Hydrology and Water Management of the Nicolaus Copernicus University, believes that increasing water retention in the environment is one of the key tasks in the context of combating the advancing climate change. Slowing down drainage from catchment areas and retaining water in soil and water bodies will help reduce the effects of warming.

He said: “We have to remember that there is one hydrosphere, and the close connections between its individual elements occur both on a global and regional scale. Hence, the improvement of water conditions anywhere on the Earth is an essential element of eliminating unfavourable changes on a global scale.”

Dr. Rzymski continued: “Mankind is responsible for the problem that has arisen, and we alone can solve it. The belief that it does not exist, or it will resolve itself, is heading for disaster. Would any reasonable person want to condemn their children and grandchildren to it?.”