Health
This text can be copied
Marek Matacz

Vaccines are like military exercise with a harmless enemy, says infections professor 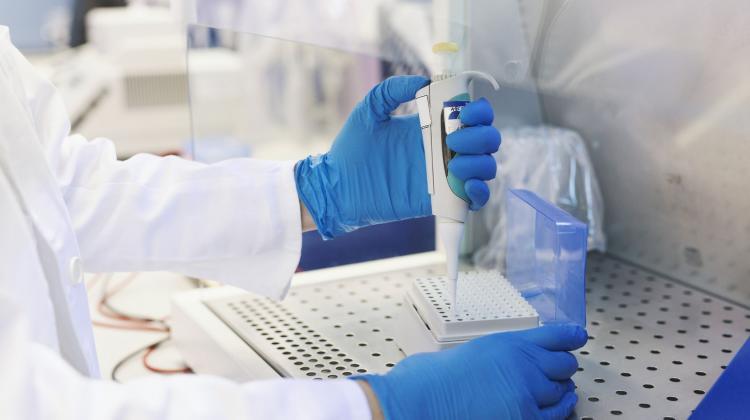 Vaccines are like a military exercise with a harmless enemy, according to Gdańsk professor Jacek M. Witkowski.

PAP: We are constantly under attack by bacteria, viruses and other microorganisms. Why do we not get sick?

Professor Jacek Witkowski: Our environment is full of microorganisms that can cause various infectious diseases, from banal colds to fatal pneumonia or sepsis. Fortunately, multicellular organisms have been coexisting with pathogens for billions of years, and, through evolution, a primitive and then increasingly effective immune system has developed. In humans, right after birth, it 'learns' to recognize and respond to pathogens, either through contact with them (which can cause disease and subsequent immunization) or through vaccination (where immunization occurs without disease).

PAP: What are the ways the immune system kills intruders? Do different methods work on different pathogens - bacteria, viruses, parasites?

J.W.: It depends on the intruder. Bacteria are swallowed (phagocytosed) by special cells called neutrophils, monocytes/macrophages and dendritic cells, which then kill them with enzymes, free oxygen radicals and bactericidal peptides. Those and other substances are ejected from these cells and kill the intruder extracellularly. This is also the case with unicellular parasites (protozoa). On the other hand, multicellular parasites (worms) are destroyed mainly by specialized eosinophils, which secrete substances that are very toxic to parasites of this type. It is a bit different with viruses which, after penetrating the body, quickly enter the cells, because only there they can replicate. The defence here consists, on the one hand, in the production of appropriate antibodies (immunoglobulins), which bind the virus before it enters the cell; this immune complex is then phagocytosed and digested like bacteria. A virus that has already entered a cell cannot be neutralized in this way. Such a cell must therefore be identified as the site where the virus replicates and is killed before large numbers of virus particles are released from it and infect other cells. This recognition and killing of the cells infected with the virus is done by cytotoxic (cellicidal) lymphocytes T-CD8+ and NK. These cells also recognize and destroy cancer cells that form in the body.

PAP: It must all work precisely like clockwork. How is balance maintained?

J.W.: Yes, the immune processes must be precisely regulated in order to work only when they are needed. This is because they are very energy-intensive, as millions of new pathogen-specific immune cells must be produced, and these in turn produce large amounts of neutralizing and supporting proteins (antibodies and cytokines). The latter (about 300 of them are known) regulate and control every step of the immune process; initially they intensify it by stimulating the appropriate cells, and then inhibit it when the pathogen has already been neutralized. They also control the formation of the so-called immunological memory cells that will be useful during subsequent contact with a given pathogen. The inhibition of this temporarily unnecessary immune reaction is the responsibility of the so-called regulatory cells among the lymphocytes and macrophages.

PAP: Why doesn't a healthy immune system attack its body, and why does it happen sometimes?

J.W.: Early in life, in part before birth, the immune system learns to distinguish between host and foreign. Lymphocytes that could recognize and attack their own cells form as often as those that will be able to react to a pathogen. These autoreactive lymphocytes are identified and destroyed in the bone marrow and thymus. To give you an idea of the scale of the process, only about 5 percent of T cells leave the thymus; the rest is destroyed so that it does not attack the body's own tissues. But this selection process can sometimes fail and autoreactive lymphocytes find their way onto the periphery (into the blood, lymph, and other lymphoid organs) and can cause a reaction or even autoimmune disease. Another possibility of its occurrence is when the immune system has no chance to 'learn' the tolerance of certain own antigens because it was isolated from them. This applies to the immunologically privileged places, such as the interior of a healthy eyeball, or ones that were not yet present in the body at the time of the learning process. Sperm can be an example: the inside of an adult male's testicles is also immunologically privileged, but if this isolation is broken, for example in the case of an infection of the testicles with the parotitis (mumps) virus, lymphocytes recognize sperm as foreign and destroy it, which leads to infertility.

PAP: What happens in the immune system in response to SARS-CoV-2? What allows the virus to be destroyed, and what leads to complications?

J.W.: During contact with SARS-CoV-2, the same thing happens as in the case of other viral diseases experienced for the first time. The virus enters the body and can be recognized before it enters the cells, which starts the production of neutralizing antibodies. But once it infects the cells of the lungs, heart, intestine or another organ, it causes an inflammatory response that can lead to a serious course of the disease, including damage and failure of the affected organ or system, and result in death. Also, the cytotoxic effect of the cells that recognize SARS-CoV-2 infected cells leads to killing the latter, which, as I said, is beneficial, but also exacerbates the inflammation. This means that the immune processes directed against the virus and infected cells are on the one hand beneficial (they neutralize the infection and reduce its effects), and on the other hand, they are harmful, as they 'blow up' the inflammation.

PAP: How do vaccines affect the immune system?

J.W.: To use a military comparison, the action of vaccines is like training the army through exercise against a harmless enemy. Vaccines provide the immune system with information about the pathogen (in the form of a killed virus or bacteria, proteins isolated from it - antigens, and in the case of SARS-CoV-2 only the genetic code of one of the antigenic proteins of the virus, which is synthesized by our cells and safely provokes immune system reactions) without causing symptoms of the disease normally caused by this pathogen. The immune system responds to the vaccine by producing specific antibodies and immunological memory cells to target the virus. Consequently, when it comes into contact with a harmful virus, the immune system is already prepared for it and can win the war with it asymptomatically or with mild symptoms of the disease. In military terms, contracting the disease without vaccination is baptism by fire.

PAP: What are the most common concerns of people who are afraid of vaccinations? Do they have any grounds?

J.W.: These fears are caused, on the one hand, by overwhelming ignorance, possibly resulting from poorly formulated minimum curricula in primary and secondary schools regarding the biology of bacteria, viruses, the functioning of the immune system and their interactions.

On the other hand, people who want to learn something about these topics (and do not want to read bloated school or academic textbooks, often written in a difficult language) look for knowledge on social media, and you can venture a statement that there one true piece of information is followed by dozens of false ones, for example that vaccines cause autism, that they contain heavy metals that will turn us into cyborgs (if they don't kill us first), and that this is one big experiment on humans and a conspiracy of pharmaceutical companies ('Big Pharma') and the powerful of the world to reduce the human population on Earth.

In connection with the SARS-CoV-2 vaccination, on social media you can find these 'accusations' and more: that the vaccine kills, especially the elderly, pregnant and their children, there is no pandemic (or viruses, in particular SARS-COV-2 ), etc. Unfortunately, the above pseudo-information is also duplicated by people from the biomedical industry, even with professors' titles, which scares me, and people who have the knowledge and try to explain on such forums that such information is nonsense without any grounds are the least ridiculed, and, what's worse, insulted, threatened and become targets of hate.

PAP: Can, for example, the so-called adjuvants that additionally stimulate the immune system exacerbate some hidden autoimmune reactions?

J.W.: Adjuvants are essential components of vaccines, stimulating the innate branch of immunity, so that it can effectively stimulate lymphocyte-dependent immunity, the production of antibodies. They work by inducing a slight inflammatory reaction, but their doses are adjusted to prevent any harm to the vaccinated person. For an autoimmune reaction to occur, a series of previous changes in lymphocytes must occur. Of course, there are no binary relationships in medicine and it cannot be ruled out that a certain genetic background may favour the intensification of autoimmune reactions after contact with adjuvants contained in vaccines or others. This is the basis of the concept of adjuvant autoimmune/inflammatory syndrome that has existed for about 10 years, but its proponents have not shown that the amount of adjuvants present in vaccines could lead to it, and they themselves conclude that the benefits of vaccination for billions of people definitely outweigh individual cases, in which such reactions could occur.

PAP: How can we take care of immunity ourselves? Are a proper diet, exercise and rest important in the face of an epidemic like the present one?

J.W.: A balanced, varied diet is very important; as I mentioned, immune responses are energy-intensive. Not only the correct amounts and proportions of proteins, carbohydrates and fats are important, but also vitamins (especially D) and micronutrients known to have a beneficial effect on immunity, such as zinc and selenium. An appropriate (different for different people) dose of exercise is always beneficial, although excessive exercise may lead to a reduction in immunity. Of course, this applies to resistance in general, including the resistance that we hope to build against SARS-CoV-2.

Professor Witkowski is the former president of the Polish Society of Experimental and Clinical Immunology, vice-president of the Committee for Immunology and Etiology of Human Infections of the Polish Academy of Sciences, director of the First Doctoral School of the Medical University of Gdańsk, and head of Department of Physiopathology of the Medical University of Gdańsk.