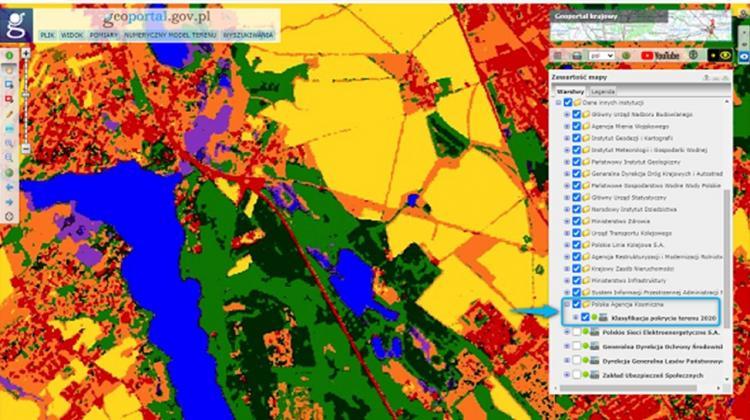 A map of Poland's land cover has been created based on images from the Sentinel-2 satellite.

Recorded in 2020, the spatial resolution of the map is 10 m and was prepared automatically using machine learning.

Commissioned by the Polish Space Agency, the processing is based on a series of photos taken from April 1 to September 30, 2020, when the cloud cover was less than 20 percent.

Covering the entire territory of Poland was created by combining 49 scenes and 'cutting' them along the country's borders. Each scene is based on at least 10 images.

The map, which is available as a separate layer on the map of Poland on the Geoportal website - as 'Land cover classification’ - will allow scientists to update existing databases and observe changes taking place in the field, including monitoring of cities, road infrastructure, forest areas, water bodies, etc.

To access the map, expand the 'Data of other organisations' group in the layer tree, and then the 'Polish Space Agency' subgroup.