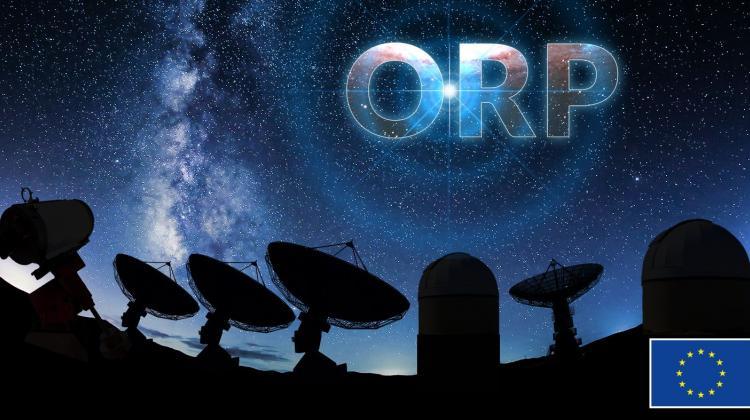 The largest European network coordinating astronomical research, OPTICON-RadioNet Pilot (ORP), has been launched with the participation of astronomers from the Nicolaus Copernicus University in Toruń and the University of Warsaw.

Until now, two main networks coordinated the cooperation of ground-based instruments in Europe. One was related to astronomical observations in the visible range (OPTICON), the other to the radio range (RadioNet). This situation lasted for over 20 years. Now the forces of the two groups have been combined.

With the development of astronomical knowledge, scientists need more advanced instruments, including those that will complement one another. Astronomical observations increasingly require a combination of analyses at different electromagnetic wavelengths. Much emphasis is placed on the standardization of methods and observation tools and on expanding access to many different astronomical instruments.

The new ORP network aims to provide European scientists with access to a wide range of telescopes and support the development of young researchers. The project has funding of EUR 15 million under the EU's Horizon 2020 programme.

The project is coordinated by the French CNRS, the British University of Cambridge and the German Max-Planck-Institut für Radioastronomie. In total, the cooperation involves 37 scientific institutions from 15 European countries, Australia and South Africa. Poland will be represented by the Nicolaus Copernicus University in Toruń and the University of Warsaw.

Scientific work at the Nicolaus Copernicus University will be coordinated by Dr. Agnieszka Słowikowska, the NCU Institute of Astronomy's deputy director for Research Infrastructure. The Polish researcher was elected Chair of the ORP Board composed of 37 representatives of all institutions involved in the network's activities. The Nicolaus Copernicus University will provide access to the largest Polish 32-meter radio telescope and the largest optical telescope in Poland with a mirror with a diameter of 90 cm.

In turn, the participation of scientists from the Astronomical Observatory of the University of Warsaw will be coordinated by Professor Łukasz Wyrzykowski, whose team has been involved in the work of the OPTICON network since 2013.

Based on this experience, the team developed a web-based system to operate multiple telescopes and send orders for systematic observations of the same objects to study their variability. Astronomers from Warsaw will be responsible for coordinating the operation of small and medium-sized ground-based telescopes.

Their scientific goal will be to monitor the temporal variability of interesting objects. The network consists of approximately 100 telescopes, including approximately 50 robotic ones, scattered all over the world. It includes the Warsaw University North Observation Station in Ostrowik with a 60 cm optical telescope.