Should dogs be afraid of the ‘big bad wolf’? Not if humans are around, say researchers 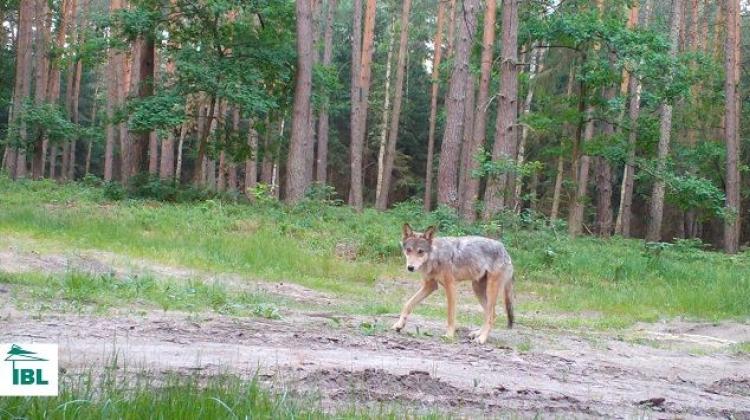 Although there has been an increase in the number of pet dogs coming into contact with wolves, the presence of humans reduces the encounters, according to data analyses from Poland.

Publishing the results of their research in Animals, scientists found that human behaviour minimises the risk of negative interactions between the animals as healthy wolves are afraid of people, who act as a kind of a protective umbrella for a dog.

Andżelika Haidt from the Forest Research Institute, Radosław Gawrysie from the Forest Research Institute and Maciej Szewczyk from the University of Gdańsk, found that of the 106 cases of wolf encounters considered reliable, direct contact between a wolf and a dog happened in 21 percent of cases. Dogs were injured in 8 percent of cases, and 3 percent ended with the death of the dog.

Haidt said: “There are more such encounters every year. In 2007-2020, there was a statistically significant increase in the number of wolf observations."

Collecting data through an online survey, Haidt said: “I was looking for survey respondents online, in groups focused on outdoor activities with dogs, for example in 'wandering with a dog' or hunting groups. I also reached out by other means to people who encountered a wolf while on a walk with a dog. The biggest group were people on walks and hunts, but there were other activities, like picking mushrooms or dog sled racing in a forest.”

The survey data revealed that one of the most important factors is the distance between the dog and the human. The further the dog was from the human, the greater the risk of a wolf encounter ending with direct contact.

The number of wolves was also important, the more wolves the higher the likelihood of their interaction with dogs, and size was also important. Haidt said: “'Medium and small dogs are more at risk of contact with wolves than large dogs. Remember that a big dog can also hurt a wolf, especially a pup or a young and inexperienced wolf.”

But, she added the risk of direct wolf-dog contact depended on the distance from buildings. The risk increases significantly with the reduction of distances from human settlements. In other words: the closer it is to buildings, the greater the risk that in the case of a wolf encounter, there will be direct contact between the wolf and the dog.

Haidt said: “This is an interesting and very logical observation, though it is surprising at first glance. What wolf could be found between buildings? One that is during the dispersion, looking for a new territory and a partner, travelling through the country. Wolves can wander huge distances. They can accidentally end up between buildings, even in a city. Such an animal is terrified. And every animal under huge stress, having a sense of being cornered, can behave irrationally and sometimes aggressively. The more so, if there is no possibility of escape, which can easily happen in built-up areas, between buildings and fences. A wolf that has no possibility of escape can be more willing to enter into contact with a dog.”

But, she added: “Human decisions (control and care for a dog and the type of leisure activity) are an important factor that can reduce the risk of direct contact between dogs with wolves.

“Importantly, we can reduce the conflict by watching the dog. The practical conclusion is that if you watch your dog and keep it close, nothing should happen to it. Especially during an encounter with a healthy wolf.”

Wolves are covered by strict protection in Poland, thanks to which the country now has one of the most numerous populations in Europe. Data on the numbers vary depending on the source.

Haidt said: “We have a problem with the estimation of the wolf population in Poland. The data depend on the methodology. For example, according to Statistics Poland, in 2018 the Polish wolf population was estimated at 2,868 animals. However, according to the +Pilot wolf and lynx monitoring implemented as part of the State Monitoring of the Environment+, 1886 wolves lived in Poland in 2018. This is a large discrepancy. But Statistics Poland data published every year indicate an increase in numbers.”