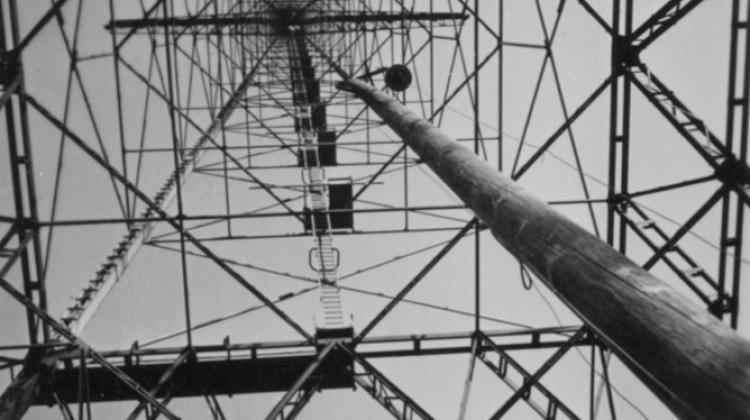 Photo from the time of operation of the Radio Station, credit: trcn.pl/

In memory of what was once the second tallest radio transmission station in the world, scientists are looking to set up a museum to commemorate its history.

Built after Poland regained independence at the end of the First World War, by 1923 half of Europe was sending telegrams to the USA via the Transatlantic Radiotelegraphic Broadcasting Centre in Warsaw.

Consisting of 10 massive 126-metre-tall tower, the radio station’s transmitter was powerful enough to reach both North and South America.

The Warsaw station was also one of the best equipped in the world with two machine transmitters of 200 kW each being powered by a 500 kW diesel-powered generator ensuring 24-hour communication with the US.

When WWII broke out following Hitler’s invasion of Poland, German troops captured the station allowing the Nazis to communicate with their U-boat fleets and with Japan.

At the end of the war, they destroyed it, the detonation of which broke windows of houses over 16km away.

Now covered with forest, among the trees it is still possible to find parts of the broadcasting station.

In 2018, a three-meter-high monument commemorating the antenna of the Transatlantic Radiotelegraph Center was unveiled.

Now, the Faculty of Electronics at the Military University of Technology is attempting to reconstruct the transmitter as part of a museum dedicated to it.

The MEWA radio station will broadcast short-wave programmes commemorating the history of the transatlantic radio station.

The museum will preserve the memory of its engineers and builders and the milestone event in the history of Poland, which was the establishment of direct radio communication with the United States.