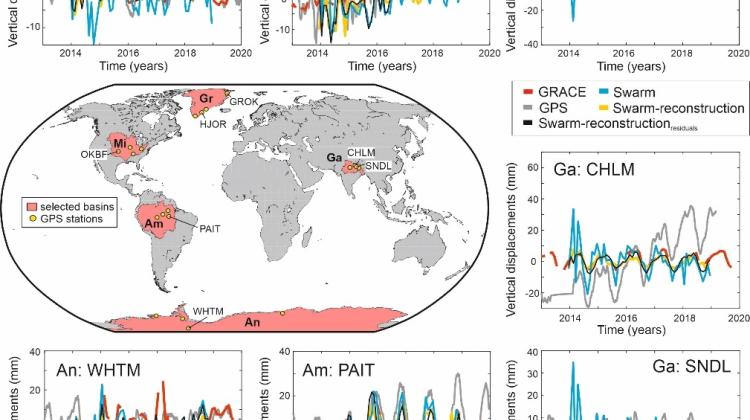 A new approach to studying changes in the Earth's gravitational field has been proposed by a team of scientists who believe it can ‘fill the gaps’ in current observations.

Used to analyse changes in ice sheets, the observations follow the Earth's hydrological cycle including floods and droughts, to determine changes in ocean masses, postglacial movements resulting from the relaxation of the Earth after the last ice age, and the mechanisms of earthquakes.

However, because the completion of one mission - the GRACE (Gravity Recovery and Climate Experiment mission) ran from March 2002 to June 2017) - and the beginning of the second Grace Follow-On mission began June 2018, changes in the gravitational field were not observed for over 11 months.

To fill the gap, scientists want to extrapolate observations from the GRACE observations as well as reconstructions based on land hydrosphere models, GPS (Global Positioning System) observations, laser distance measurements to SLR (Satellite Laser Ranging) satellites and data from the Swarm mission conducted by the European Space Agency (ESA).

The use of this method will also fill the gap between the GRACE and GRACE-FO missions. The method uses physical information about changes in the field, and not - as in the case of data extrapolation - only a mathematical model.

The new approach also makes it possible to obtain global coverage of observations, and not only point changes, as in the case of GPS observations.

The article 'Reconstructing GRACE-type time-variable gravity from the Swarm satellites' appeared in Scientific Reports. The international group of authors (in the order given in the journal) consists of: H.M.P. Richter, C. Luck, A. Klos, M.G. Sideris, E. Rangelova, E., and J. Kusche.

The authors of the publication used monthly data from the Swarm satellite mission to reconstruct the changes in the gravitational field over time.