Matter & Energy
This text can be copied
Karolina Duszczyk 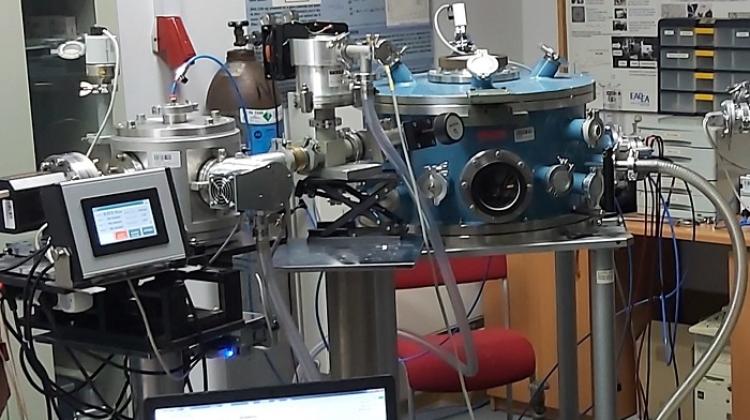 Instead of carrying out spectroscopic research in foreign synchrotrons, scientists can take advantage of compact and much cheaper sources of radiation that will scan the material to the deepest atomic shell and enable them to detect elements present in the material, and even the types of atomic bonds.

The technology was developed by scientists from the team of Professor Przemysław Wachulak, rector-commandant of the Military University of Technology in Warsaw. Future applications include processing of drugs, nanotechnology and materials engineering.

The source has a gas target, which is stimulated by a laser to produce a plasma - state of matter that contains freely moving charged particles: ions and electrons. The plasma makes it possible to obtain high energy electromagnetic radiation. The entire system fits in a laboratory desk. To compare, a synchrotron occupies the entire building.

The Institute of Optoelectronics at the Military University of Technology is the only centre in Poland to develop and use such sources in scientific experiments. Thanks to open access articles, other research centres might try to build a high energy gas sources. Researchers specialising in absorption edge spectroscopy of materials (this spectroscopy identifies the 'fingerprint', or radiation spectrum of each material) can also use sources operating in Warsaw.

Professor Przemysław Wachulak said: “The visible radiation range of radiation is the range of 2-3 electron volts. Here, we are dealing with radiation energy of 1 keV (one thousand electron volts). To obtain this energy, we release a small amount of gas in a vacuum (this radiation only propagates in vacuum), and then focus the laser beam to obtain a very high intensity at the focus of a laser in order to separate electrons from atoms. We thus produce a plasma. After some time, the recombination of electrons and atoms and emission of radiation in the keV occurs.”

The scientist adds that it is difficult to obtain such energy from other sources. An X-ray tube can be used, but then there is little radiation. Radiation can also be generated in 'photon factories', in buildings where synchrotrons or free electron lasers are installed. There are more photons, and the beam intensity is immense. But such a compact plasma source is simply practical in scientific applications. As confirmed by the authors of the article, radiation can be obtained using a small laser and used, for example, in X-ray absorption edge spectroscopy of materials.

Wachulak said that each material has a different location of its absorption edge. It is a kind of 'fingerprint', allowing scientists to identify the element they are dealing with. In the range of a few keV it is possible to see the lighter elements such as carbon, oxygen, nitrogen, sodium, as well as metals such as iron, cobalt, nickel, copper, and zinc. Moreover, absorption edge spectroscopy allows to obtain information about the type of bond between atoms in a given sample.

Wachulak said: “This is necessary in applications relating to materials engineering, where new materials are created and their properties tested. In pharmacy, the knowledge of atomic bond is very important for the development of the drug structure and determining how it can interact with proteins and enzymes in the body. And then there are applications related to broadly understood nanotechnology.”

There are sources that use metals instead of gas to generate energy. According to Professor Wachulak, gas sources have a big advantage.

He said: “In our source we use noble gas xenon. Gas source is repeatable and generates the same number of photons with every laser pulse, each laser pulse interacts with a new, almost identical portion of the gas. Importantly, when you +shot+ laser at a metal, it creates small debris particles that pollute the interior of the chamber, the sample and the spectrometer. It is not a +clean+ source. In our source, the generated plasma disappears after a while and does not leave any ablative materials.”

The Military University of Technology has been developing gas sources for years. The technology was developed in the 1990s in Professor Henryk Fiedorowicz's team. In this case, optoelectronic engineers managed to 'reach far into kilo electron volts', and as a result spectroscopic analysis can reach the deepest atomic shells. Other sources of this type, developed at the university, are used in microscopy, especially to study organic structures. They are also used to modify the surface of polymers and in X-ray tomography.

Wachulak said: “Demand for spectroscopic tests, for example of magnetic materials, is huge, and access to synchrotron installations in countries like Germany is limited. Therefore, we encourage scientists to build laser-plasma sources with gas targets in their research centres. The cost of building and using such a source is negligible compared to a synchrotron. This technology can become common in various scientific institutions. We are open to cooperation in this area.”

The paper '1-keV emission from laser-plasma source based on an Xe/He double stream gas puff target' (https://www.osapublishing.org/oe/fulltext.cfm?uri=oe-29-13-20514&id=452054) appeared in June in the journal Optics Express. The authors (in the order stated in the journal) are: Professor Przemysław Wachuak, doctoral candidates Tomasz Fok and Łukasz Węgrzyński, Professor Andrzej Bartnik, Dr. Piotr Nyga, Dr. Karol Janulewicz and Professor Henryk Fiedorowicz from the Institute of Optoelectronics.