Scientists to develop ‘dark side of the Moon’ navigation system 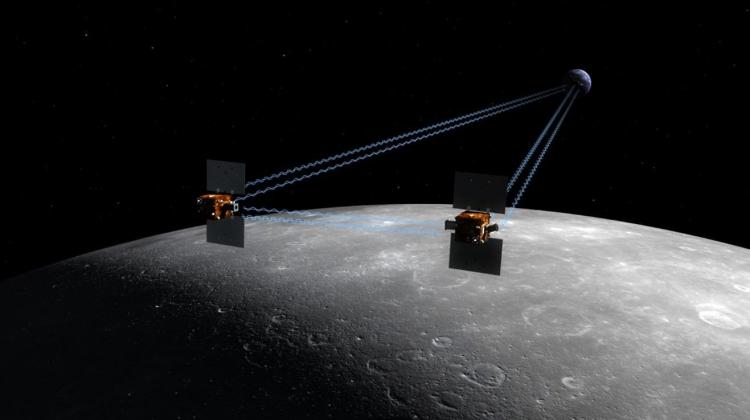 An international consortium of scientists are working on the design of a new navigation system to be used in future missions to the Moon.

Including scientists from the Wrocław University of Environmental and Life Sciences, the project which co-financed by the European Space Agency will be similar to those systems already developed to observe the Earth and provide such things as precise positioning and time synchronisation.

These are used, among other thing, to monitor the deformation of the Earth's surface, as well as the increase in sea and ocean water levels.

But so far there are no similar systems for the Moon.

A press release from the consortium said: “The GRAIL mission to study the Moon's gravity field was able to perfectly map the Moon's side closer to the Earth when contacting the satellites was possible.

“But when the satellites were obscured by the Moon (from the point of view of the Earth), the connection was lost, and the accuracy of positioning was dropping significantly.

“The +far+ side of the Moon remains relatively poorly explored due to the lack of a navigation system.

The first phase, earmarked for 2022-2025, assumes the use of existing infrastructure - Earth GNSS satellites and high sensitivity Moon receivers. The second phase aimed at 2025-2035, assumes the construction of a system based on the minimum number of satellites (4-5) in the lunar orbit and strengthening the first phase through the transmission of additional signals from the surface of the Moon. In the third phase (from 2035), the provision of positioning services, navigation and time transfer on the entire Moon surface is to be enabled.

As part of the second phase, Professor Krzysztof Sośnica, Dr. Radosław Zajdel and Dr. Grzegorz Bury from the Institute of Geodesy and Geoinformatics at the Wrocław University of Environmental and Life Sciences will investigate various technological scenarios for the Moon navigation system.

These will include the use of one-way and two-way observations between the Earth and satellites, as well as lunar relays and satellites.

In addition, procedures for the implementation of lunar reference systems and coordinate and time transformations between earthly, blue (inertial) and lunar systems will be developed.

The project includes testing the quality of positioning on the Moon and in the lunar orbit using a designed navigation system consisting of a minimum number of satellites, the goal of which is to reduce the construction costs of the entire system. (PAP)