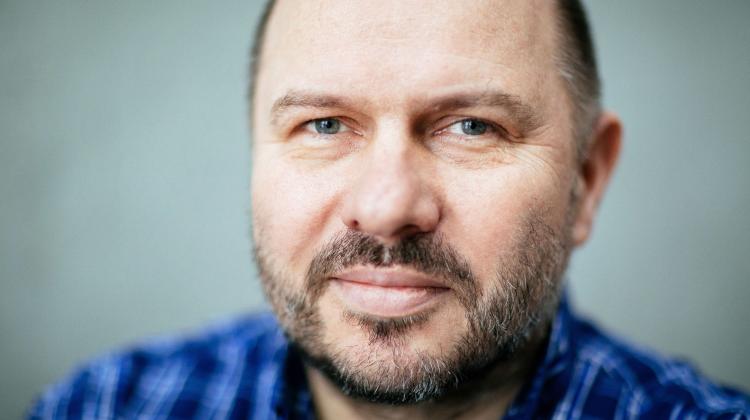 Scientists are intensively investing in the development of cancer vaccines based on mRNA technology.

One of them is Professor Jacek Jemielity from the Centre of New Technologies of the University of Warsaw, Laureate of the 2021 FNP Prize awarded by the Foundation for Polish Science.

PAP: The Medical Research Agency announced the results of a grant competition for research on the use of mRNA technology in next generation drugs and vaccines. Grants were awarded to five consortia, and your team from the University of Warsaw leads among the best in this area. Why did not you take part in this competition for the money researchers need so much?

Professor Jacek Jemielity: It's true, we did not take part in this competition.

PAP: Why? You have sold one of your mRNA technologies to the German company BioNTech, the developers of a COVID-19 vaccine.

J.J.: The reason for our decision was that we did not agree with the competition regulations. There is a provision that allows to take over, or rather buy out the results of a research project at every stage of its implementation. Projects in this competition assume running the projects to the first phase of clinical trials - and rightly so, but one must still carry out second and third phases of clinical trials to finalise and register a new therapeutic product. This is not possible without the participation of a large pharmaceutical company. Such a venture requires huge funds and - in my and other specialists opinion, these exceed the capabilities of both our financing agencies and Polish companies. The buyout provision means that no serious company will cooperate at a further stage of research.

PAP: Is the Medical Research Agency aware of that?

J.J.: We did draw their attention to that fact. I am afraid that the awarded projects will end after the first phase of clinical trials and will not continue. I regret that because our research deserves financial support. But we could not agree to such conditions. It is a shame. mRNA technology is certainly the future of medicine.

PAP: And Polish research in this area is needed?

J.J.: Of course. Poland has a potential here, we have good scientific teams dealing with mRNA technology in terms of its use in therapy. mRNA has enormous potential, this technology can be implemented in various therapeutic areas. I believe that what we do in our centre makes great sense and we can count on the interest of companies that will continue to develop our research.

PAP: What are you working on?

J.J.: Among other things, we are working on cancer vaccines based on mRNA. This work is partially financed by the National Centre for Research and Development and a private investor. We are also working on the development of mRNA technology itself, which is universal in the context of mRNA therapy These solutions are of interested to the largest players in this therapeutic field.

PAP: Can you reveal more details?

J.J.: We have developed a new modification allowing, as experiments on animals show, to increase protein production 100-fold compared to mRNA technology used in COVID-19 vaccines.

PAP: What does this modification involve?

J.J.: It is a in an important part of mRNA. It increases the production of proteins in cells. We are currently in process of explaining the mechanism of action of such a modified mRNA, why it affects protein production in cells so significantly. We have a hypothesis, but we still need some time to confirm and publish it.

PAP: Does this means that a smaller dose of an mRNA drug or vaccine can be administered thanks to this modification?

J.J.: Yes, it's the key to success in these therapies. The goal is to obtain as much protein as possible and get the expected therapeutic effect with the least possible amount of mRNA. mRNA administration in larger quantities is not as completely neutral to the body (just like with all other medicinal substances). While in the case of COVID-19 vaccines it was possible to find a dose that is simultaneously effective and safe, it can be much more difficult in other therapies, which is why more progress in this area is necessary.

PAP: In what sense?

J.J.: mRNA treatment of some diseases will have to be cyclically repeated. In these cases, the dose should be as small as possible so that the immune system does not have a non-specific response to mRNA.

PAP: You also worked on increasing the stability of mRNA. Your team reported a solution associated with this to BioNTech, which together with Pfizer introduced a vaccine against COVID-19.

J.J.: That is true, in our centre we have developed the first generation technology allowing us to increase the stability of mRNA administered to the body, and it was more competitive for the endogenous mRNA produced by our cells. Licenses to our invention in this regard was granted to BioNTech by the University of Warsaw, which is the holder of the associated patent. However, this invention has not been used in the mRNA vaccine against COVID-19. It is used by the licensee in a dozen or so clinical trials of therapeutic cancer vaccines. We have already developed further generations of this type of mRNA modification. We are developing them in ExploRNA Therapeutics, a spin-off I founded in 2019 together with scientists from the University of Warsaw and the Medical University of Warsaw.

PAP: Can we expect another great success of mRNA technology after the introduction of COVID-19 vaccines?

J.J.: Pharmaceutical companies are investing particularly in the development of cancer vaccines that can be used to treat cancer patients, in so-called personalized vaccines. They are designed for individual patients after determining the mutations that occur in their cancers. Such a vaccine will more effectively train the patient's immune system to fight cancer.

PAP: And what about other diseases?

J.J.: mRNA is also used to develops drugs that can be helpful in the treatment of rare genetic diseases, metabolic diseases caused by the lack of defect of a major protein in the body. mRNA technology can enable supplementation of such a protein in the cells and tissues, in which it is incorrectly built or missing. There are attempts to use mRNA also in other areas, for example in regenerative medicine.

PAP: Can mRNA also be combined with other methods?

J.J.: There are attempts to combine mRNA with CRISPR9, or molecular scissors, for which the Nobel Prize in Chemistry was awarded two years ago. It makes it possible to repair 'broken' genes that cause serious diseases.

PAP: When will an mRNA drug, for example for the treatment of cancer, be available in hospitals?

J.J.: I asked this question to representatives of pharmaceutical companies that are leaders in this field in early November in Berlin, during a scientific conference devoted entirely to the therapeutic mRNA. Another breakthrough in the application of mRNA in immunooncology can be expected in two years. But I would be careful in these predictions, cancers are more difficult opponents than the coronavirus.

PAP: Could the pandemic be an obstacle?

J.J.: COVID-19 changed a lot, the first therapeutic based on mRNA appeared, namely a vaccine against this virus. This will significantly accelerate the marketing of new mRNA therapies. I'm an optimist. (PAP)