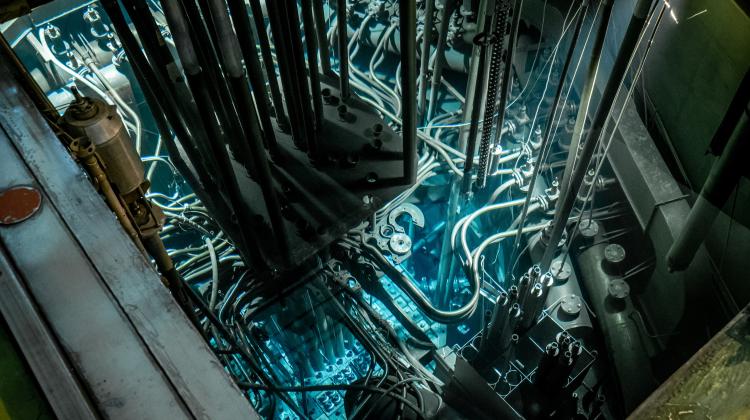 The Polish nuclear reactor MARIA rearranged its work schedule to prevent the shortages of medical molybdenum-99 due to a fault in the Dutch HFR reactor, the National Centre for Nuclear Research reports. Molybdenum-99 is a radionuclide used in cancer diagnostics and therapy.

Molybdenum-99, the basic radioisotope used to obtain radioactive technetium used in most nuclear medicine procedures, is produced in research reactors by irradiating uranium targets with neutrons.

Last week, during the start-up preparation of the Dutch HFR reactor, one of the world's few molybdenum suppliers, a technical fault was discovered in the cooling system. For this reason, it could not be launched on January 20 as planned. A day later, its production was quickly taken over by the MARIA reactor operating the National Centre for Nuclear Research (NCBJ), the NCBJ spokesperson reports.

"On January 20, we had a meeting in Świerk with our partners who produce medical molybdenum-99, when one of them received a phone call', reports Paweł Nowakowski, Deputy Director of the Nuclear Facilities Operations Department at the National Centre for Nuclear Research. 'Our guest stepped to the side to pick up, and then asked if we would be able to emergently irradiate additional uranium discs in two days. The good of cancer patients is extremely important to us, so I agreed without hesitation. We are also prepared to conduct further irradiation in the coming weeks'.

'The launch of the HFR, which did not take place, was planned for January 20. MARIA started the production of molybdenum on January 21. MARIA research reactor core has great production flexibility. A detailed core arrangement calculation was performed on the spot and approved by the Polish nuclear regulatory body (PAA). All this was arranged in a matter of hours', the National Centre for Nuclear Research reports.

Such a short notice response was possible because the MARIA research reactor has been prepared for the irradiation of targets for Mo-99 production since 2010. Several irradiation cycles are performed every year. In case of primary suppliers' unplanned shutdowns, MARIA is prepared to increase its supply.

Cancer killed more than 10 million people died from in 2019, over 10% more compared to 2018. The number of various diagnostic and treatment procedures continues to grow. More than a half of the radiopharmaceuticals used for such purposes can only be produced in the light-water research reactors with high neutron flux. MARIA is one of the most important suppliers of the irradiated uranium targets for the Mo-99 production, responsible for about 10% of the global supply. (PAP)